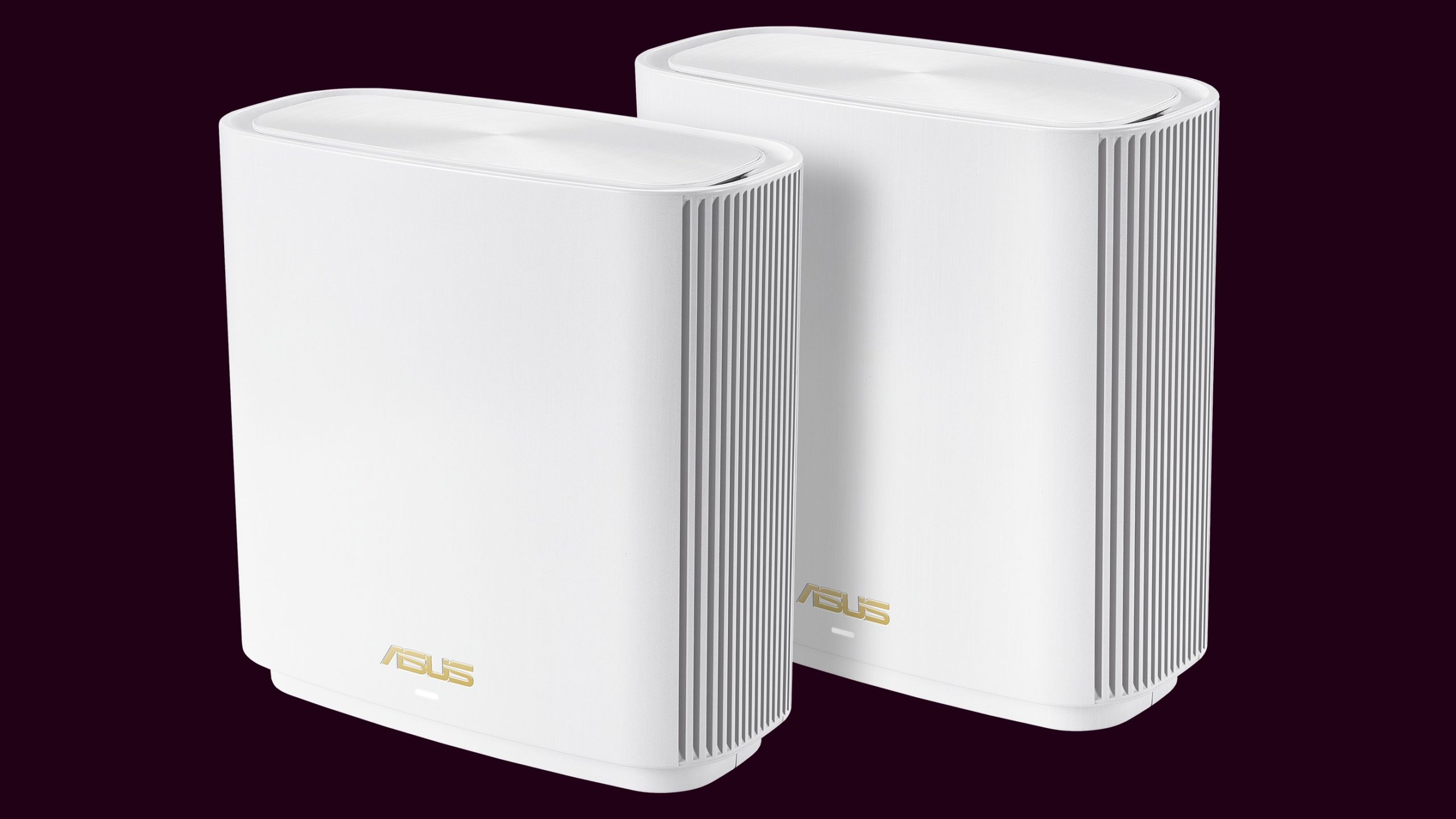 Despite technological breakthroughs and new standards like Wi-Fi 6 and 6E, routers still have distance limitations and have difficulty covering large areas or places with thick walls. Mesh Wi-Fi systems are a practical solution for users in multi-story buildings or other massive areas that need strong coverage without interference or dead zones.

Instead of just a single router, most mesh Wi-Fi systems have multiple access points that are placed in strategic areas for more coverage. One usually acts as the primary router connecting to the internet and the others as nodes that link to it. They all communicate with each other on one network, and devices identify them as a single router with wide coverage

The Netgear Nighthawk (MK83) AX3600 hits the sweet spot between price and performance with up to 6,750 square feet of coverage. It comes as a set of three with a router and two satellites featuring the same futuristic black cube design.

Netgear packs the AX3600 with nifty hardware and software features to optimize its performance. It has MU-MIMO and Beamforming technology to improve network traffic, so there are no bottlenecks when multiple devices are connected. Netgear Armor for cyber protection and EasyMesh software to connect more extenders later are also included to make things more convenient for users.

At around $394.99, the AX3600 is competitively priced and offers comprehensive coverage. Its tri-band and Wi-Fi 6 compatibility ensure fast network speeds, and it also has built-in cyber protection software to stop online threats.

Buyers looking for more coverage can check out the Asus ZenWiFi AX6600 (XT8), but they should be prepared to pay a premium for it. Unlike the AX3600, which features a router and two satellites, the XT8 system includes three identical routers in either black or white and offers wide coverage of around 7,500 square feet.

Many of the specs match the AX3600, and it also uses a 1.5GHz quad-core processor with 512 MB of memory and 256 MB of flash memory. The Wi-Fi 6 and tri-band capability is also the same, and buyers can expect speeds of around 574 Mbps on the 2.4GHz band and up to 1,201 and 4,804 Mbps on the 5 GHz bands. Unsurprisingly MU-MIMO, beamforming, and OFDMA are all included to optimize network traffic.

The XT8 routers have a block-like shape with rounded edges and ribbing running along the corners to alleviate the look. Each includes three LAN ports, a WAN port, and a USB 3.1 port so users can have wired connections to nearby routers and add a network storage device.

While there’s no doubt about the XT8’s performance, its $621.91 price tag is a bit hard to swallow. It’s only worth it if you really need the widest coverage, and it might be worth getting the cheaper version with just two routers at $399.06 if you have a smaller home or office.

Many users are still upgrading to Wi-Fi 6, but its successor, 6E, has already hit the market. Wi-Fi E routers open up the 6GHz band with speeds of around 4,804 Mbps, but they are still expensive, and there aren’t many compatible devices.

The Asus ZenWiFi ET8 offers decent coverage of around 5,500 square feet from its two routers and is compatible with the fastest Wi-Fi 6E speeds. Its design mimics the XT8 and includes three LAN ports, a single WAN port, and a USB port for network storage devices.

Considering its cutting-edge performance, the ET8 isn’t badly priced at $399.06. It’s a practical choice if you want the fastest speeds and a degree of future-proofing, but it might be challenging to find compatible devices.

TP-Link’s Deco X20 offers better coverage than the ET8 for a fraction of the price. Instead of tri-band capability like the other mesh systems mentioned so far, the X20 only has dual-band functionality and operates on a single 2.4 GHz and 5 GHz channel.

With a more affordable price than its competitors, it’s not surprising that the X20 has lower specs. It has a quad-core 1GHz processor with 512 MB of RAM and 128 MB of flash memory. Despite its specs the X20 can still hit around 575 Mbps on the 2.4Ghz band and up to 1,200 on the 5Ghz band to match its rivals on this list. The 5,800 square feet range isn’t bad either and is more than what the ET8 offers.

In terms of its design, the X20 comes as three white cylinders, including a router and a pair of satellites. The router has a WAN port and a LAN Port, while the satellites each have two LAN ports. There are no USB ports on any of them to connect network storage devices.

The X20 has Wi-Fi 6 compatibility, but its dual-band functionality and lack of a USB port put it at a disadvantage compared to its more expensive rivals. At $249.99, it’s still a worthwhile option for users who need wide coverage but don’t require the fastest speeds.

Some buyers just want wide coverage for the lowest price possible. The Google WiFi – AC1200 is one of the most affordable mesh systems on the market, and it’s also one of the easiest to set up.

When it comes to specs, the Google WiFi system is a mixed bag. The quad-core 710 Mhz processor is slower than any rivals on this list, although the 512 MB of RAM is the same. Its 4 GB of flash memory surpasses the previously-mentioned systems and is far higher than what they offer.

Like the X20, the Google WiFi system comes as a set of three white cylinders, but this time, they’re shorter with light rings around the middle. Each one comes with two Gigabit Ethernet ports and a USB-C port for charging, but there’s no USB port for connecting other devices.

With a range of 4,500 square feet and a price of just $179.49, the Google WiFi is one of the most affordable ways to get a mesh system. It doesn’t have the fastest speeds, but it’s easy to set up and provides a reliable connection. If you want something similar with more coverage, the newer Google Nest is an excellent option, but it costs $290.54.