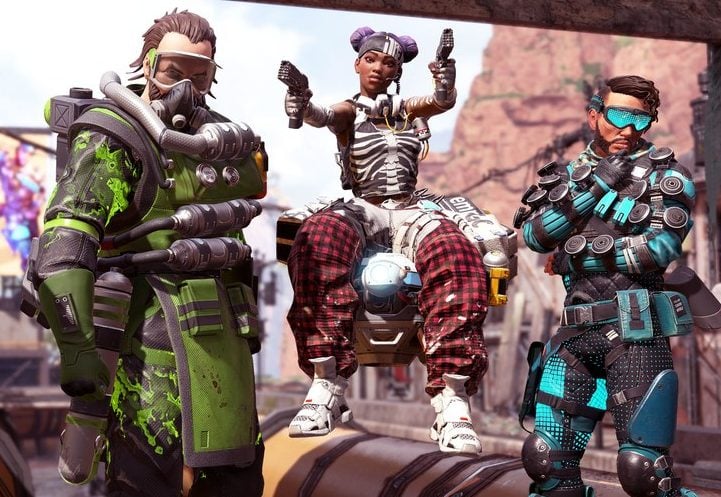 One feature that sets Apex Legends apart from other popular battle royale games like Fortnite and PUBG is the cast of characters with unique personalities and abilities. These legends all have a few abilities that do drastically different things. From sending out hologram decoys of yourself to allow you to escape an otherwise deadly encounter to dropping a jump pad that sends teammates toward their goal or enemies to their deaths, the abilities that these characters have are integral to becoming the last squad standing in Apex.

On their own, these powers are pretty effective. But when used in specific combinations with other teammates, your squad could be unstoppable. Here are some team and ability combos that synergize together and can make incredible plays happen.

You may have noticed the different symbols next to each player in Apex. These icons denote the class and (somewhat indicate) the playstyle that these characters fall into. Some players have found that they don’t really have any bearing on the success rate of winning and others think that some characters are mistyped. Don’t get tripped up if there are three characters with the same symbol. What matters more is the weapons and strategies you have and use to secure a win.

The terrain and buildings of Kings Canyon can work against you or for you depending on how you use them. While one player sees an obstacle course, another player can see an opportunity. Although there’s only one map (for now), depending on where your jumpmaster sends you, it can be an entirely different terrain and gameplay. Regardless of where you land, you can make the landscape work for you and against the enemy with a few of these legends.

Bangalore and Gibraltar have similar ultimates. They both call in projectiles from above to rain down on foes. While Bangalore’s ultimate has a bit of a delay, it provides much more cover and can hit an entire area of interest. The weakness of both of these ultimates, however, is that if the enemy goes inside, then they’re almost invulnerable to the blasts. This is where Caustic comes in. If prepped, the nearby buildings could be filled with his “independent variables,” which poison and blind any enemies looking for cover. If that opportunity for preparation didn’t occur, a well-timed Caustic ultimate could make any place less safe and make the map work against your enemies.

Another way to make the map work for you is how you traverse it. Having a Pathfinder or Wraith on your team could help when the circle of safety is closing in and you’re nowhere near a balloon. Pathfinder’s zip line can be used to traverse great distances and set you up in prime locations for avoiding or getting into a gun battle. While Wraith’s ultimate might not be as instantaneous, it does allow your team to get to safety discreetly in another realm. Having one of these legends on your team is a must for getting inside the circle and having the positional advantage over your enemies.

Not all active powers need to be used in offensive ways. Some powers can help in defensive scenarios as well. From disappearing in a puff of smoke to faking out enemies and leading them to their demise, there are many different applications for the same powers.

A team comprised of Bangalore, Wraith, and Octane could be strong, but a great use for this combination is a ninja-like exit from an altercation. With Bangalore’s smoke and double time passive, which allows her to run faster when fired at, in combination with both Wraith’s active Into the Void, which makes her almost invisible and impervious to damage, and Octane’s active that allows him to run fast, the entire squad could be sitting pretty away from danger once the smoke has cleared.

Mirage and Wraith are both ideal legends for baiting opponents to go to a specific location (one where you might not actually be at all). Instead of securing a kill like your enemy thinks, with a Caustic on your team, they could be choking on gasps of miasma. If you have a Caustic and either a Mirage or Wraith who are all on the same page, your squad could pull off deadly bait and switch maneuvers all game.

The powerful combinations are a bit more one-sided sometimes, with one legend benefitting from a specific team composition more than the other. While there’s a little less all around synergy than the other combinations above, the benefits can be game-changing for that one player in particular.

If your teammate chooses a Bangalore (which isn’t uncommon since she’s very popular), then Bloodhound would be a great choice because Bangalore’s powers assist Bloodhound. Bangalore’s active power is a smoke grenade that enemies and allies can’t see through—unless you have a thermal scope or you’re Bloodhound. Bloodhound’s active power will give your allies a glimpse of who’s in the smoke and where. The active is effective to know if there are enemies lurking, but the true advantage comes with Bloodhound’s ultimate ability. Bloodhound can see red silhouettes of enemies against a monochromatic background. This also applies to the smoke. So while others are lost in the white swirling smoke, Bloodhound can see exactly where the enemies are and could’ve already looted their death boxes before the air is cleared.

Octane’s active makes him very fast and allows him to maneuver around the map effectively, but with a catch. With every injection of green juice, a percentage of his health gets taken. While his passive does allow him to heal, if he’s fallen behind and injected himself full of whatever that fluid is, then he might be very low on health when he finally makes it where he needs to go. This is where Lifeline comes in. A responsive Lifeline could give Octane the health boost he needs to get ready for any fight or to be primed to eject himself with many more syringes.

Speaking of Lifeline, her active and ultimate powers are very useful. They both help the team by either providing health or good equipment. But when Lifeline uses her ultimate ability and calls down a supply drop, a keenly-eyed enemy can become alerted of your location, making this drop point a hot spot for a potential ambush. Gibraltar’s dome shield can provide your squad with peace of mind when that “birthday present” arrives, allowing your team to safely loot.

While the dome shield is very bright and can be used to alert others of your location, the large thing coming from the sky and crashing in front of you did that already—so the added security is nice to have. While it does draw a bit more unnecessary attention, Gibraltar’s shield is also handy during a high danger gunfight where Lifeline drops her healing drone. This combination provides a little healing safe zone that might turn the tide of a fight.

With all the unique characters and their powers, the potential combination of different plays and strategies is nearly endless. The best way to find out what works for you is to mess around with it, try different characters, and use their abilities in as many ways as possible. If you do this, you might find some interesting ways to overcome your enemies.