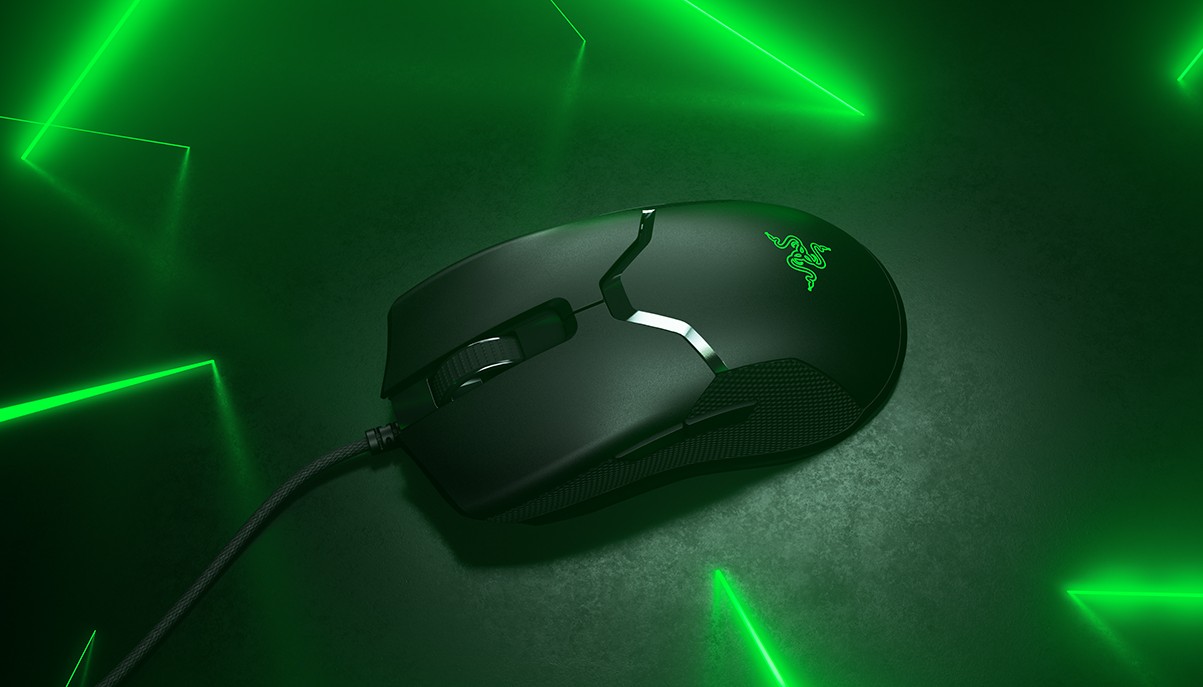 More importantly, ambidextrous mice are comfortable to hold and have intuitively placed buttons within reach of left-handed players. Many left-handed options allow users to disable the buttons they aren’t using to avoid misclicks. Some ambidextrous gaming mice also users to remove the unneeded side buttons altogether.

These are the best left-handed gaming mice in 2021.

Razer’s Viper range is full of left-handed gaming mice with different functions. The classic Viper is a lightweight option with an industry-standard polling rate, while the Viper Ultimate is for wireless fans. At the top of the Viper range, with its outstanding polling rate, is the 8KHz.

The Viper 8KHz is the world’s first mouse with an 8,000Hz polling rate. Most gaming mice have a polling rate of 1,000Hz, meaning they report to the PC 1,000 times per second. Having an 8,000Hz polling rate reduces click latency to around 0.125 milliseconds, which translates to faster and more accurate tracking when playing. One of the drawbacks of the high polling rate is that your monitor must have at least a 144Hz refresh rate to keep up.

All the other features on the Viper 8KHz, like the sensor and switches, are top-notch. It uses the company’s proprietary Focus+ optical sensor, which goes up to 20,000 DPI. The optical switches have a faster response time than mechanical switches and an approximate lifespan of 70 million clicks.

Like most of the Viper range, the 8KHz has an ambidextrous shape. It weighs 71 grams and comes in Razer’s full black design with side buttons on either side. Razer keeps the design simple by only including the left and right-click buttons and scroll wheel. If users want to adjust the DPI, they have to use the button underneath the mouse.

One of the biggest selling points of this mouse is its price. The Viper 8KHz is competitively priced, making it accessible to many users. While the Viper 8KHz is ideal for left or right-handed users, they’ll only notice its high polling rate if they have a fast enough rig.

Many users prefer wireless mice because there are no cables to create drag and slow down movement. Left-handed players looking for one of the best wireless mice might consider the Logitech G Pro Wireless.

Logitech’s G Pro Wireless shares many features of the wired alternative, but it eliminates the cable. The G Pro Wireless uses Logitech’s Lightspeed technology to deliver a stable connection over a 2.4GHz wireless connection. Lightspeed keeps the response time down to one millisecond so competitive players can stay at the top of their game. The battery has an expected lifespan of 48 hours with the lighting on, and it can go up to 60 hours with the lighting off.

This mouse is similar in design to the Viper 8KHz. They are both full-black with an RGB logo on the shell. Both mice also have the same button layout with two side buttons on either side, along with the left and right clicks and the scroll wheel. Like on the Viper 8KHz, the DPI adjustment button sits under the mouse. For a wireless mouse, the G Pro Wireless is relatively light at 80 grams, but it’s still heavier than the Viper 8KHz.

One of the best design features on the G Pro Wireless is the ability to remove the side buttons that aren’t being used. Spare side panels ship with the mouse, and users can attach them to whichever side they aren’t using to avoid misclicks and discomfort.

Wireless functionality always adds a premium to the price, and it’s no different with this Logitech mouse. The G Pro Wireless doesn’t come cheap and is considerably more expensive than its wired sibling. It’s still worthwhile for left-handed players looking for one of the fastest wireless experiences available.

The Asus ROG Pugio II is an ambidextrous mouse with multiple connectivity options. It also comes with spare parts for users to customize the switches to their preference.

Buyers have three connectivity options when using the ROG Pugio II. Casual users can activate the Bluetooth connection if they want to do office work or play single-player games. There’s also a 2.4GHz wireless connection available for competitive gamers who need a fast and stable connection. When the lighting is on in wireless mode, the ROG Pugio II has a battery life of 40 hours, and when the lighting’s off, it goes up to 69 hours. Users can also connect with a 6.5-foot USB-C cable when charging the mouse and use it in wired mode.

Another area where the ROG Pugio II shines is its customization options. Like the G Pro Wireless, it has covers to replace the side buttons that aren’t in use. A feature not found on many mice is the replaceable switches. The ROG Pugio II ships with Omron D2FC-F-K switches that require 140 grams of force and have a 50 million click lifespan. Users can replace the D2FC-F-Ks with the included Omron D2F-01F switches, which need 50 grams of actuation force and have a one million click lifespan.

The ROG Pugio II uses a Pixart PAW3335 sensor. This 16,000 DPI sensor can’t match the Viper 8GHz and the G Pro Wireless, but it’s more than enough for most gamers.

Thanks to its robust feature set, the ROG Pugio II offers impressive value to left-handed users. It’s a cheaper mouse than the G Pro Wireless and has more connectivity options. One of the ROG Pugio II’s only disadvantages is that it weighs in at 102 grams.

All the mice listed so far keep their buttons to a minimum and have the DPI adjustment button inconveniently located underneath the mouse. Roccat’s Kova AIMO bucks this trend by adding more buttons on each side and giving users the option to switch the DPI on the fly.

Having more buttons increases the Kova AIMO’s functionality. Instead of just having the usual right and left-click buttons, the Kova AIMO adds two extra buttons on either side, which users can configure for in-game functions. The button behind the scroll wheel allows users to swap between five different DPI settings while they’re in the middle of a game. Like the other mice on this list, the Kova AIMO has configurable side-buttons, but they can’t be removed like the ROG Pugio II and the G Pro Wireless.

For a mid-range mouse, the Kova AIMO matches the Razer 8KHz by offering multiple user profiles. It allows users to store up to five onboard profiles instead of just one, like on the Logitech G Pro Wireless. Users can set up the profiles using the Swarm app, and they can also use it to configure or disable the additional buttons.

An area where the Kova AIMO lags behind the alternatives on this list is its sensor. It uses a Pro-Optic R6 sensor that only goes up to 7,000 DPI. While it’s far less than any of the alternatives listed so far, most gamers don’t use such high sensitivity, and it should be enough for multigenre players.

Roccat’s Kova AIMO is reasonably priced and ideal for multigenre players. It may not have the best sensor, but it has more functionality than many mice on this list, courtesy of its extra buttons.

Left-handed users looking for the best bang for their buck can consider the SteelSeries Sensei 310. It’s an affordable ambidextrous mouse with solid build quality and decent functionality.

Like the other mice on this list, the Sensei 310 uses an ambidextrous design. Both sides are the same and feature two side buttons placed above a soft silicone grip panel. Apart from the extra side buttons, the 98-gram Sensei 310 has the same functionality as a regular mouse. Users get the right and left-click buttons on either side of the scroll wheel and a DPI adjustment button. The non-detachable rubber cable is one of the cost-cutting features, but it shouldn’t have too much of an effect on gameplay aside from creating a little more drag.

The Sensei 310’s sensor is a mixed bag with some highs and lows. SteelSeries uses a 12,000 CPI Pixart 3360 sensor branded as TrueMove3. This sensor provides one-to-one tracking between 100 and 3,500 CPI, meaning the mouse emulates the exact movement of the user’s hand regardless of the CPI setting.

While the Sensei 310 isn’t perfect, its low price mitigates its drawbacks. The Sensei 310 has durable build quality and acceptable performance for most users. Its minor drawbacks like the rubber cable and lack of lift-off distance can be forgiven, and many users won’t even notice them.