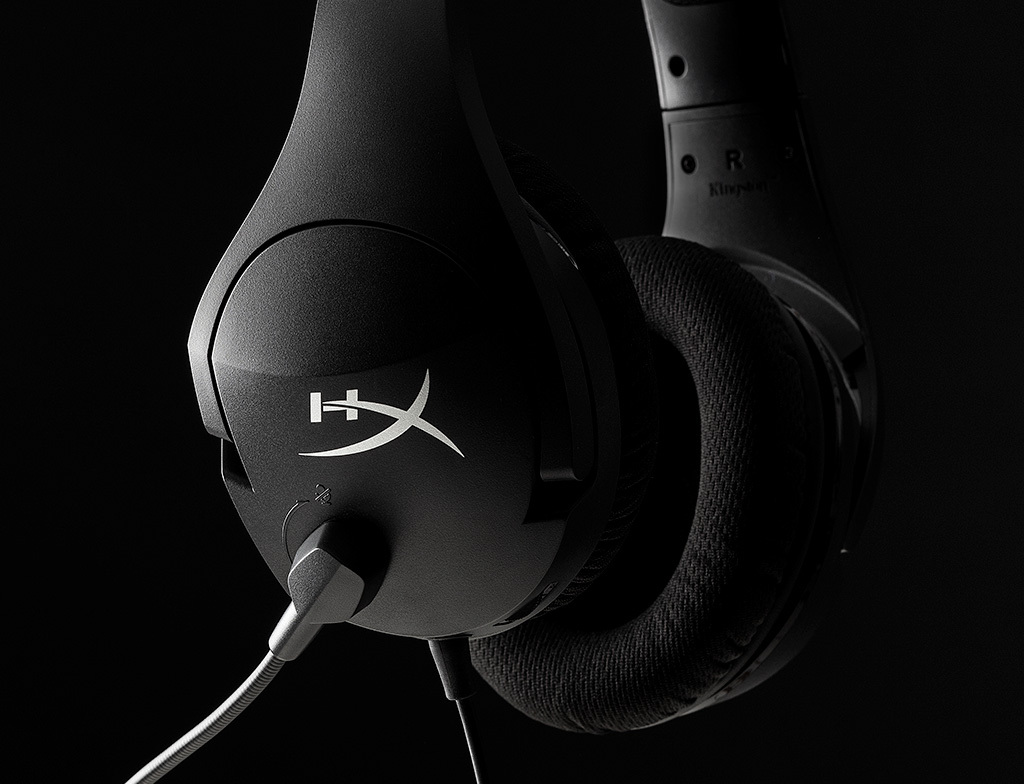 HyperX makes a wide selection of gaming peripherals, including a number of different gaming headsets. Its gaming headsets are known for having high build quality, comfortable design, and features. HyperX makes gaming headsets for every platform, so whether you are playing on a PC, a gaming console, or even a phone, there is a HyperX headset that will work for you.

These are the best performing HyperX gaming headset currently available.

This headset features specially-tuned 53-millimeter drivers to provide a powerful and articulate audio experience for maximum immersion. On top of that, you can also toggle on the 7.1 virtual surround sound feature to expand your positional audio profile to pinpoint sound cues in games.

The wireless version of this headset features a 2.4 GHz for low latency audio transmission that works up to 20 meters away from the wireless receiver. The Cloud ll wireless headset’s battery can last up to 30 hours on a single charge.

The build quality on both versions of the Cloud ll headset is solid. The frame is made from high-grade aluminum that can stand up to daily use for years without wearing out. The earcups on this headset come with memory foam earpads covered in a soft faux leatherette finish. These earpads are standard on HyperX’s headsets and provide a very comfortable listening experience, even for extended play sessions.

The microphone that comes with this headset is detachable and features active noise cancelation to limit the impact of background noise on your game chat. As an extra bonus, this headset has a built-in mic monitoring option which allows you to easily check your microphone level. This isn’t the best quality microphone for broadcasting, but it will be fine for voice comms.

Best sounding headset on a budget

The HyperX Cloud Alpha headset is an affordable gaming headset that offers exceptional sound for the price. This headset is specifically designed for competitive gaming and features an ear cup design meant to maximize the clarity of your in-game audio.

It comes equipped with 50-millimeter Dual Chamber drivers. The dual-chamber design is the key to this headsets crystal clear audio output. There is one chamber for the bass frequency and a second chamber for mids and highs. By physically separating the high and low frequencies, these headphones can provide a much clearer audio profile with reduced distortion in your audio output.

On the mic front, this headset comes with a detachable, noise-canceling microphone with certifications from both Discord and Teamspeak. Although the Cloud Alpha microphone has many of the same features as the Cloud ll’s microphone, it is significantly higher quality and has double the frequency response range. You won’t be recording a Hollywood voice-over on it, but the superior quality is noticeable.

This headset is wired and comes with a snag-resistant cable with built-in controls. The braided cable can be detached, which adds to the longevity of the headset since you can so easily replace a frayed or damaged cable.

The Cloud Alpha headset is compatible with PC, Playstation, Nintendo Switch, and Xbox systems via a 3.5-millimeter jack. It comes in red, black, gold, purple, and Cloud9 edition, though some colorways are not readily available.

You can purchase this headset for the same price as the Cloud ll wired headset. The Cloud Alpha’s have superior audio and microphone quality but do not have the 7.1 virtual surround sound feature of the Cloud ll headset.

The HyperX Cloud Flight S headset features 50-millimeter dynamic headphone drivers capable of excellent sound reproduction. The side of the left ear cup features a unique game and chat audio balancer which lets you adjust the balance between your game and chat volumes directly from your headset.

Like HyperX’s other products, the Cloud Flight S headset is built with comfort and durability in mind. This headset features HyperX’s standard ear cups. Its frame is constructed out of high-grade steel, which is a step up from the aluminum materials for the previous headsets on this list. As a bonus, the earcups on these headphones rotate 90 degrees, allowing them to lay flat on your shoulders while the headband rests around your neck.

This wireless headset comes equipped with a 2.4GHz transmitter and a range of 20 meters. It should be able to operate a full 30 hours before needing to be charged. When it comes time to charge, the Cloud Flight S is equipped with a fully functional Qi-certified wireless charging system. You can place the left ear cup downward on a wireless charger to easily recharge your headset.

The Cloud Flight S headset includes HyperX’s virtual 7.1 surround sound technology that can be toggled on and off at any time. Whether you are looking to up your in-game immersion or watch a movie in surround sound, these headphones are ready to deliver an immersive aural experience.

If you are looking for a flexible headset that can be used for both gaming and your on-the-go daily driver, the HyperX Cloud Mix might be the right product for you. This headset is designed to quickly switch between Bluetooth and wired functionality for maximum versatility.

When the Cloud Mix headset is plugged directly into your PC, it is capable of providing high quality, gaming-grade audio. In fact, these headphones are Hi-Res Audio Certified and feature a full frequency range of 1-Hz to 40kHz, making them one of the best sounding headsets on the market. When in the wired mode, it is compatible with PC and gaming consoles via a 3.5-millimeter jack.

This headset comes with HyperX’s 40-millimeter Dual Chamber drivers which are very similar to the Dual Chamber drivers featured on the HyperX Alphas, though the drivers themselves at slightly smaller. As a result of the dual-chamber design, this headset will feature less distortion and provide a much clearer distinction between the bass frequencies and the mid to high frequencies.

When you need to take the headset on the go, you can forgo the headphone cord completely and use its Bluetooth functionality to connect to your mobile devices. The HyperX Cloud Mix can be used for up to 20 hours of continuous listening per charge in its wireless mode. There is also a built-in Bluetooth microphone perfect for taking calls or using voice assistant applications.

On top of the internal Bluetooth microphone, this headset also comes with a detachable boom microphone. It is built specifically for gaming and comes with both a Discord and a Teamspeak certification. The biggest downside to this boom mic is that it lacks noise cancelation, which is standard on many other HyperX headset microphones.

The Cloud Mix comes in black and rose gold versions but is one of the more expensive options on the list.

If you are looking for a truly exceptional gaming headset and have a high budget, consider the HyperX Cloud Orbit gaming headset. This wired headset features the very best headphone and microphone quality, with a price to match.

The Cloud Orbit S features Audeze Planar magnetic drivers, which use ultra-thin speaker diaphragms and magnets to produce a transformative audio experience. These massive 100-millimeter planar transducer drivers are in a class of their own when it comes to raw power.

You can customize your 3D audio settings and build EQ profiles for your headphones using the included HyperX Orbit software. This headset features onboard audio controls that allow you to easily cycle through your EQ profiles, toggle 3D audio, and adjust the volume.

The Orbit S headset features a broadcast-quality microphone. It is detachable, has noise cancelation, and comes with a built-in pop filter. Due to this higher quality microphone, this headset is a great option for streamers.

The HyperX Cloud Orbit S is the most expensive headset on the list, but it is also the highest quality product on the list by leaps and bounds.