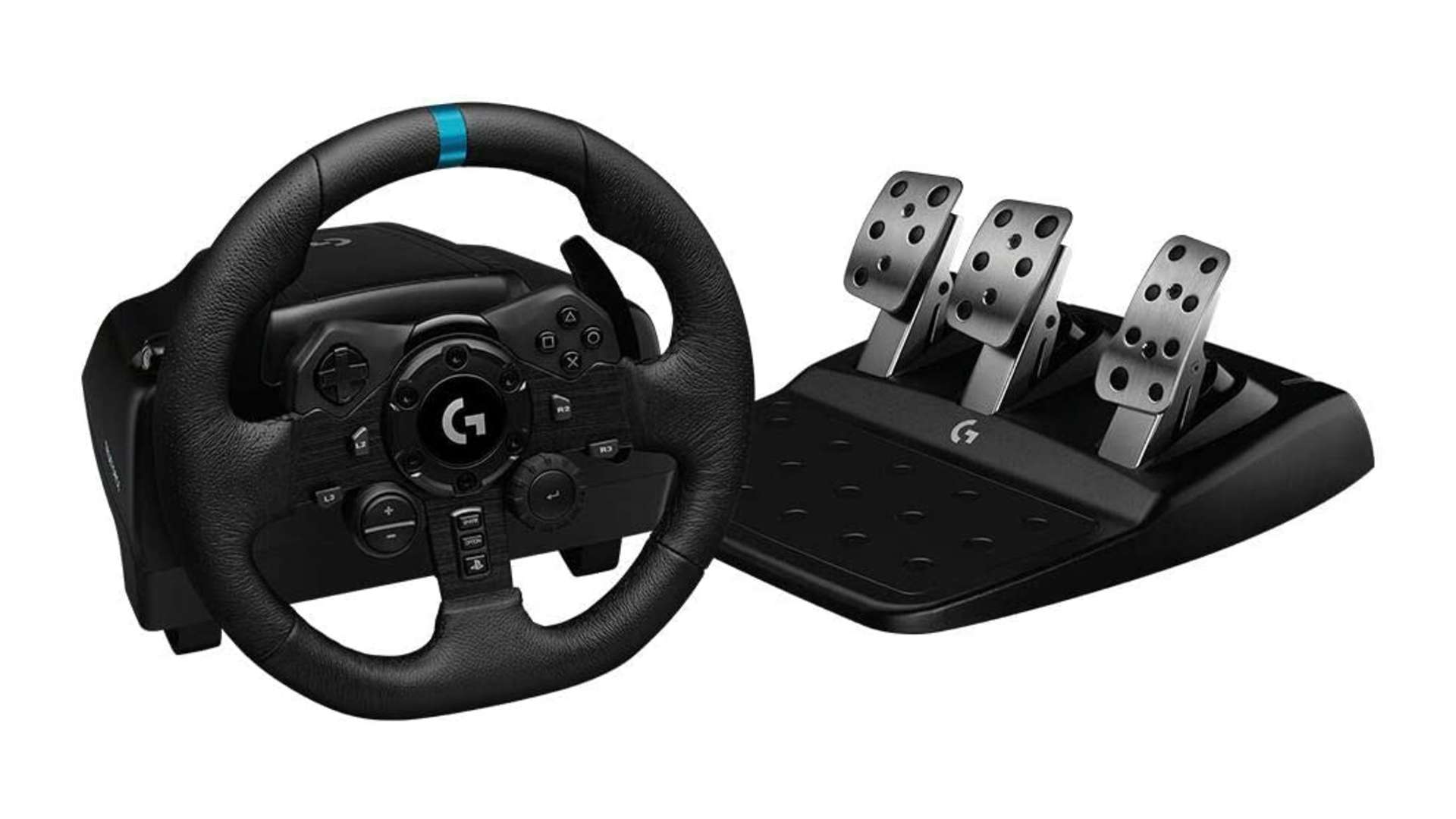 Sometimes a PlayStation or Xbox controller can’t match that one-of-akind feeling of drifting like a pro in racing games. This is even more true on PC, where the keyboard and mouse can’t simulate the experience of a crash between vehicles or give feedback when you’re making a drastic turn. However, with a gaming wheel and pedals designed to imitate driving for players, you can chuck those options and start shredding the racecourse with your foot on the gas.

Here’s a list of some of the best gaming wheels on PC that’ll replicate the thrill of driving fast with high levels of responsiveness to keep you engaged.

Specifications
The THRUSTMASTER T248 is a gaming wheel with premium leather wrapping on a versatile wheel shape for all styles of game racing. It’s decorated with up to 25 action buttons over the wheel, including two dual-positioned encoders and an interactive dashboard with various display options. Also, it has on-the-fly force feedback with three adjustable preset modes and is compatible with all games. Not to mention, the magnetic paddle shifters are super-responsive with four spring configurations for the brake pedal.
Why We Recommend
Today’s Best Deals
See on Amazon

Specifications
Highly regarded as one of the best gaming wheels for PC, the Logitech G29 is a racing wheel crafted to simulate realistic steering and pedal action in the latest games. The G29 has easy access game controls on its wheel D-pad, covered with console buttons, paddle shifters, and LED indicator lights. In addition to the gaming wheel and pedals, you’ll also gain a force shifter that offers robust manual gear shifting. Altogether, everything was built to last due to its impressive durability to daily use and unfortunate smears or dirt.
Why We Recommend
Today’s Best Deals
See on Amazon

Specifications
Next on our list is the masterful THRUSTMASTER T300 RS GT, featuring a long-lasting lifespan and accurate motor sensations circling the wheel with intensity to match the in-game driving. Its brushless motor technology provides unmatched stability and dynamic performance even through long gaming sessions. Also, its dual-belt decreases the uncomfortable jolting of the wheel, creating the best optimal experience on all race tracks. If you have other T300RS wheels already, it’s also possible to swap them in with no hassle.
Why We Recommend
Today’s Best Deals
See on Amazon

Specifications
For those wanting to add to their gaming wheel and pedals, the 14Bit PC USB Handbrake is a suitable option to create realistic drifting experiences. It has powerful compatibility with wheels such as the Logitech G29 and T300 Thrustmaster. Also, you don’t have to worry about installing drivers to get it working – connect directly to the USB port and start playing. The hall sensor on the handbrake adopts automatic calibration technology, providing higher precision when drifting.
Why We Recommend
Today’s Best Deals
See on Amazon

Specifications
Next up is the 6-in-1 PXN PC Racing Wheel, with an imitated 180-degree rotation turning angle and rubber grip. The realistic wheel has an ergonomic design suited for racing game experiences, often surging with auto-adjust vibration levels according to in-game driving thanks to the dual-motor feedback. If automatic driving isn’t your thing, you can switch to manual shifting to improve difficulty and challenge yourself. Also, the linear pedals are collapsible, matching real-life gas and braking controls.
Why We Recommend
Today’s Best Deals
See on Amazon

Specifications
Last but not least, the Logitech G923 racing wheel enables exceptional player control and produces high-definition force feedback. Due to TRUEFORCE, a system that directly connects a game’s physics engine to the wheel, you’ll drive with pure responsiveness according to in-game driving. Also, its programmable dual-clutch lets players get off the starting line faster with max traction in supported games. But that’s not all: players can control wheel sensitivity, force feedback levels, and customize buttons via the G HUB gaming software for PC.
Why We Recommend
Today’s Best Deals
See on Amazon

A fair bit of the fun of racing games loses its simulation to stagnant controllers and keyboards, but our list will have shown you the benefits of owning a gaming wheel to fix that. From their impactful force feedback to the responsiveness of your turns, you can’t go wrong with one of the best gaming wheels for PC to finally challenge race tracks with your foot on the gas.