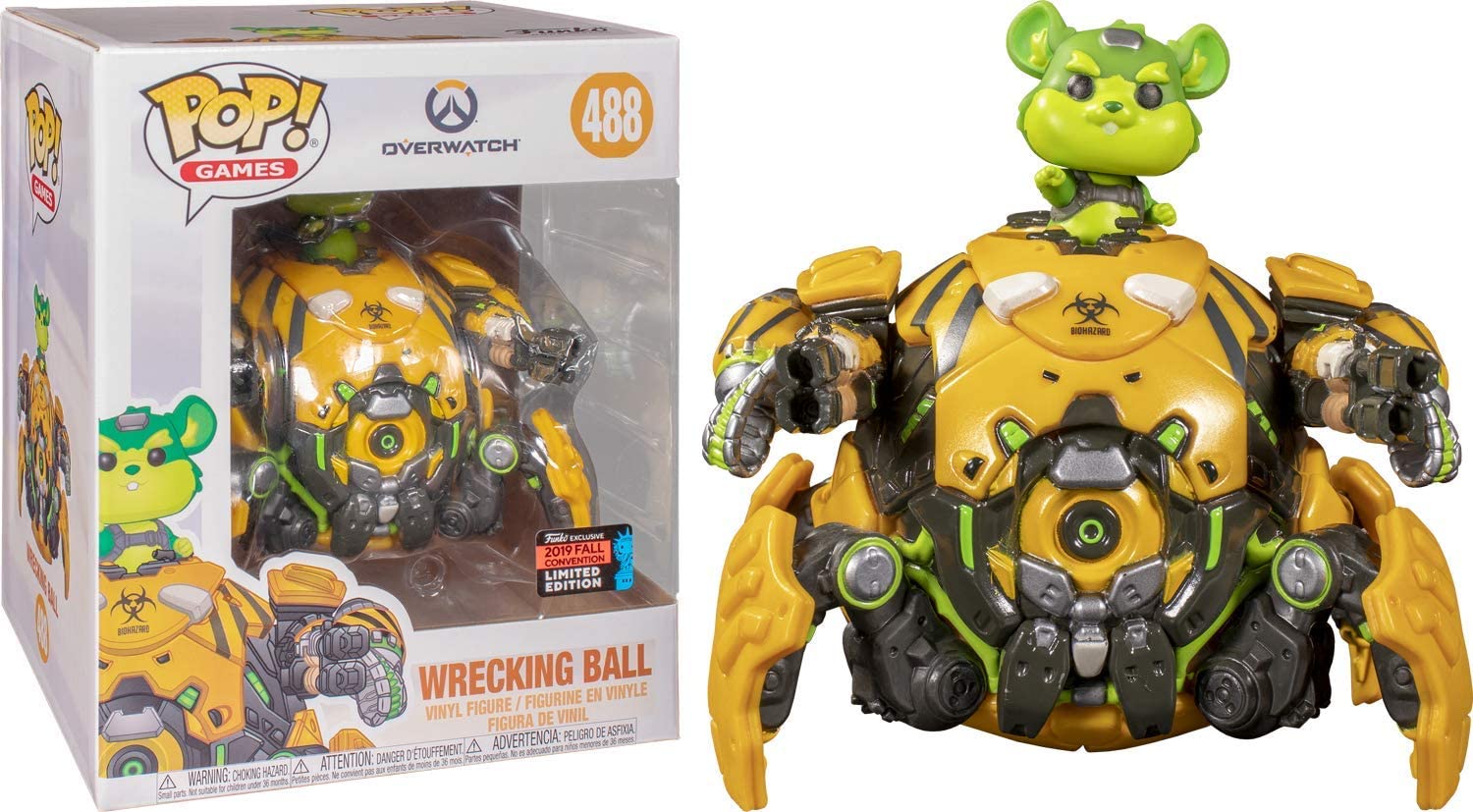 While they won’t increase your skill, these toys and collectibles are the perfect way to decorate your gaming room with merchandise from your favorite game. Honor your main with an action figure, buff your catalog with an Overwatch board game, or increase your cooking level to 99 with the official Overwatch cookbook.

There’s gear for the competitive players, and there’s gear for the die-hard fans. These current deals on Overwatch toys and collectibles definitely represent the latter, so if you’re in for some decorating, board game nights, or even cooking, take a look!

When the sun is highest in the sky, there’s only one man you can rely on. This McCree Nendoroid by Good Smile comes with charming artwork in the likeness of the gunslinger himself and also features customizable parts and pieces for the more stylistic among us.

Specifications
This toy is 1.5 inches long, 1.5 inches wide, and 3.9 inches tall. It features standard and spinning gun parts and comes with a flashbang for extra style points.
Why We Recommend
Today’s Best Deals
See on Amazon

To add a bit of flavor to game night, Blizzard made an Overwatch-themed Monopoly board game.

Some people enjoy defeating their enemies via ultimates, and others enjoy defeating their enemies via land acquisition or, in the case of Overwatch Monopoly, objective control. If you think you might be the latter, this may be the game for you. It features six Overwatch character tokens, an entirely Overwatch-themed board, and a different take on the classic Monopoly gameplay everyone knows and loves or hates, depending on your luck.

Funko Pops are among the most famous collector’s items today. This Wrecking Ball Pop features the mighty Hammond in his Toxic skin. The ball itself is intricately designed and drives the skin home with neon green detailing. When it comes to deals on Overwatch toys, it doesn’t get much better than this.

Specifications
This Pop is an Amazon exclusive and released in 2019. It cannot be used as effective crowd control, unfortunately.
Why We Recommend
Today’s Best Deals
See on Amazon

For D.Va mains and cosplayers everywhere, this Bunny Baseball Hat is an accessory with personality that Blizzard can’t nerf. If you need to up your style or prep for a convention, here’s the accessory for you.

Specifications
This hat features adjustable snap for all standard adult sizes. The D.Va print and bunny insignia are complimented by a white and blue body, with pink outlining.
Why We Recommend
Today’s Best Deals
See on Amazon

For collectors who are always looking for a good value, the Hasbro Pharah and Mercy dual pack represents an attractive offer, especially when on sale. The dynamic duo function as a classic partnership in-game, and it only makes sense that they should be sold as figures together, too.

Whether or not having NERF create this product was an inside joke in and of itself is unclear. What isn’t up for debate is that this Rival Blaster is the perfect complimentary piece of gear for D.Va cosplayers.

Specifications
Comes with three Overwatch Rival Rounds. The blaster fires at 90 feet per second via a spring-action mechanism.
Why We Recommend
Today’s Best Deals
See on Amazon

This one is for the culinary enthusiasts who want to cook dishes from each Overwatch hero’s homeland. Keep your skills sharp and your mind fed with the Overwatch Official cookbook.

Specifications
This book is a 216-page guide on how to cook some of the more iconic dishes from around the world as they pertain to Overwatch. Chelsea Monroe-Cassel also produced cookbooks for Hearthstone, World of Warcraft, The Elder Scrolls, and several other famous titles.
Why We Recommend
Today’s Best Deals
See on Amazon

The Art of Overwatch Book

For those who are truly invested in the history of Overwatch’s development or those who generally enjoy artwork, The Art of Overwatch book is a worthy consideration. Out of all the Overwatch toys and accessories on sale, this book will likely resonate most with longtime fans of the game.

Getting merchandise to support fan-favorite franchises is a tradition that’s close to the heart of many gamers. Overwatch fans are no exception to this rule. Because of this, timing the market is a wise maneuver, and there’s no better time to capitalize on toys and accessories when they go on sale.