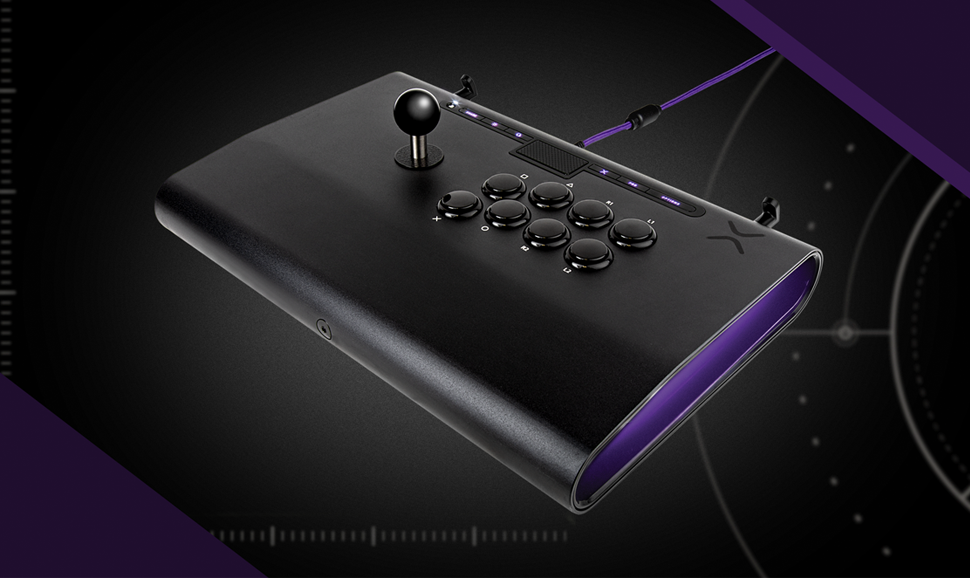 Since their emergence in the arcades of the 1980s, fighting games have remained one of the most popular gaming genres. While the graphics and mechanics have changed over the years, the fighting game community (FGC) remains staunchly committed to playing their FGC titles on fight stick controllers, which look straight out of an old-school arcade.

When selecting a fight stick, it is important to choose one that will be compatible with whatever device you intend to play on. Some sticks have limited compatibility and only work with one platform. It’s important to do your research before making a final purchase decision.

Here is a quick guide to the best fighting game controllers in 2021.

In total, this fight stick features eight buttons and one joystick. The inputs are arranged in the Vewlix style button layout, which is the standard layout for modern fight stick controllers.

This controller features an authentic Sanwa Denshi joystick and buttons. Sanwa Denshi is a legendary Japanese producer of arcade machines, and its buttons and control sticks are well known in the fighting game community for their top tier quality. This part manufacturer will come up a lot on this list.

The unit is built very well. The outer casing is made from diecast aircraft-grade aluminum and is built with comfort in mind. The rounded edges make the Victrix Pro FS more comfortable to use on your lap than its competitors, and the angled wrist wrest helps fight off fatigue during long play sessions and tournaments.

Weighing just under eight pounds, this controller is pretty portable. The joystick can be removed from the casing and stored inside the controller box to keep it safe during travel. All of this makes the Victrix Pro FS very easy to travel with this box since you don’t have to worry about pieces breaking or coming off during transit.

This is a great option for gamers looking for a high-quality fight stick that will last them for years to come.

The Razer Panthera Evo Arcade Stick is a fight stick that was created for the PS4. Razer’s website states that since the Panthera is officially licensed with Sony, it should be fully compatible with the PS5.

This product also works for PC games. With Steam, it should function as a plug-and-play controller, but you will have to download drivers for non-Steam games.

This product weighs in at only 4.6 pounds, making it a very light and portable device.

This controller is a great option for players who love customizing their controller’s aesthetics. The Panthera features a clear top panel that lets you insert artwork beneath it. You can download designs made by others or use the skin template to make your own design to print and place on your fight stick. This is a nice feature that lets you personalize the look of your Panthera controller.

While this fight stick is not quite as fully featured as the Victrix Pro FS, it is also significantly less expensive. The Panthera may not be a budget option, but it’s a solid mid-tier controller for PC and PlayStation players.

The Razer Atrox arcade-style controller is Razer’s fight stick option for the Xbox Series X and Xbox One. This product is similar to the Panthera in many ways, but the design of the Atrox emphasizes portability and mod capability.

The Atrox comes with the same basic control layout as the Panthera, with eight buttons and a control stick. Unlike the Panthera, the included buttons and control stick on this arcade stick are all tournament-grade buttons from Sanwa Denshi. So you can trust the build quality of your buttons and stick right out of the box. There are also two remappable buttons on the left side of this controller.

Razer’s Atrox controller is built with mod enthusiasts in mind. Its fully mod capable construction allows players to change out all the buttons and components with ease.

This fight stick also comes with internal storage compartments, which is a small improvement over the Panthera. With a simple push of a button, you can open up this controller to store your joystick and extra buttons for travel. The opening case also gives you access to the internal connectors for your control panel, making it easy to switch out the included panel with a custom one at any time.

If you are an Xbox player looking for a reliable fight stick built for modification, the Razer Atrox is a great option to consider.

The Qanba Drone arcade fight stick is a budget focused fight stick for the PC and PlayStation consoles. It should be compatible with the PlayStation 5 since it is an officially licensed Sony product. While this is not the best system on this list, it is the most budget-friendly option.

The Drone features a Vewlix style layout, with eight buttons and one control stick. It comes with Qanba’s own brand of control stick and buttons. While these components aren’t quite as nice as the Sanwa Denshi products, they are still more than capable of getting the job done.

The box itself is solidly built out of high-quality plastic. It is definitely the lowest build quality on the list, but that is expected given its entry-level price. Since this plastic controller only weighs 3 pounds, you might consider buying desk clamps for it to help lock the control stick down.

The biggest drawback to the Qanba Drone is that its control stick feels a little stiff and clunky to use. While this isn’t a dealbreaker, it does make the Drone a product for casual players. It is a great option for those buying their first entry-level fight stick, but you probably shouldn’t pick up a Drone for tournament play.

If you have never bought a fight stick, this is a great place to start. It is affordable, fun, and more than adequate.

The Qanba Dragon fight stick is Qanba’s flagship fighting game controller. This fight stick features a modern, sleek design with a hefty, rock-solid build. This is another officially licensed Sony product that should work on PlayStation systems and PC.

This fight stick has eight buttons and a control stick installed in a Vewlix style layout. All of the buttons and the control stick are authentic Sanwa Denshi products—a big upgrade over the Qanba Drone’s in-house stick and buttons. This product also comes with a clickable touchpad mouse for navigating your PC, which is a nice quality of life feature.

The Dragon arcade stick has a solid aluminum frame. It is pretty hefty too, weighing nearly 12 pounds. While having the build of a tank is great, having the weight of one isn’t so great, especially for gamers who are looking to take their fight stick to an in-person tournament.

The Dragon fight stick is also mod-friendly because it’s easy to open up the casing and switch out hardware components.

As a bonus feature, this controller comes with some nice LED accent lights on the sides.

The Dragon’s hefty build isn’t for everyone. But if you are a stay-at-home PlayStation or PC player looking for a durable fight stick that is easy to mod, Qanba’s Dragon might be right for you.

The MixBox Arcade Fight Stick is one of the most unique fight sticks in the world. The controller comes with a WASD pad in place of a traditional control stick. The MixBox fight stick promises the precision of a keyboard and the experience of gaming on a fight stick, which is an exciting proposition. The MixBox should work with Xbox consoles, PS4, and PC, but it currently is unclear if it will eventually be fully compatible with the PS5.

The MixBox controller comes with Cherry Red MX mechanical switches installed for its unique WASD directional pad. The switches are swappable, and the controller even comes with extra sets of MX Black and MX White switches. Next to the WASD pad are eight Sanwa Denshi buttons laid out in Vewlix style.

The MixBox is reasonably small, measuring 15 by 9 inches and weighing 5.5 pounds. The box is made from lightweight metallic materials to maximize portability and durability.

The MixBox fight stick pushes the envelope of the fighting game controller design. This innovative product is the perfect fight stick for anyone who is more comfortable with a WASD directional pad than an arcade stick.