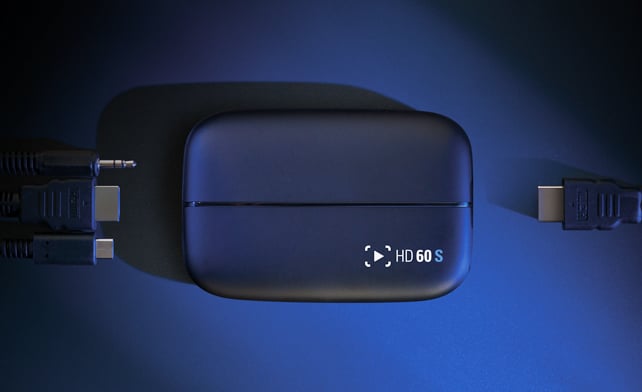 Consoles have evolved to make capturing and streaming gameplay possible through built-in features on the system. But using a capture card is still the best way to broadcast the highest quality footage from your console.

The PlayStation 5 and Xbox series X and S consoles raised the bar when it comes to output quality. Given this jump in performance, some capture cards are relatively obsolete since they cannot reproduce the new generation of consoles’ high-quality output. As resolution and refresh rates have increased, some older cards capture inferior quality compared to the inbuilt capture and streaming features on the consoles. Fortunately, there are plenty of viable capture card options, and some are tailored to support the higher specs of the new generation of consoles.

Here are some of the best capture cards for the PS5.

The Live Gamer BOLT–GC555 is one of the most technically impressive capture cards on the market. This device supports stunning 4K visuals at 60 frames per second (fps) and 1080p capture at up to 240fps. While the 240fps support may not work when streaming gameplay in 4K, this feature works perfectly at 1080p and makes a compelling argument for choosing this device over others. The Live Gamer BOLT will be more than sufficient to broadcast from any console on the market, including the PS5.

However, all this power comes at a cost. The Live Gamer BOLT tops our list in terms of price. But if you are a content creator or streamer looking to produce the highest quality content possible, this is one of the best products to consider.

Widely hailed as the most popular name in capture cards for the last decade, Elgato continues to put out high-quality products with a seamless, plug-and-play interface. Given the popularity of the Elgato HD60 S+ among streamers, it is clear this model is one of the best on the market.

Elgato’s HD60 S+ has a 4K 60fps passthrough, meaning that the user isn’t required to change their PS5’s resolution to capture footage using this device. However, the HD60 S+ will downscale to 1080p at 60fps for streaming output. Capturing footage using the Elgato HD60 S+ is simple and can produce high-quality 4K footage native to the PS5’s output.

The setup only requires an HDMI in, an HDMI out, and a USB-C cable to connect to a computer. From there, users will navigate to the Elgato software. The software allows users to adjust settings and record gameplay. Streamers can add the Elgato as a capture device to their streaming software of choice but may need to open the Elgato app to adjust the settings.

If you are looking for a reasonably priced capture card without sacrificing quality, this is a perfect option.

Razer has put together something special for streamers with the Ripsaw. This device seamlessly integrates into many streaming programs, including OBS, and has a simple setup process. The Ripsaw provides 1080p capture at 60fps and 4K passthrough.

The Ripsaw feature you will not find on many capture cards is the onboard audio input and outputs. Users will find both a headphone jack and a microphone jack. Depending on your setup, having the microphone jack on the device can be a convenient way to include voice audio or music into your stream or video.

Razer’s Ripsaw offers an interesting feature set at a fair price. The headphone port grants users a unique way to monitor all audio that the Ripsaw is capturing while you are live. Its wider feature set makes the Ripsaw a more cost-effective card than the HD60 S+. For users who are already immersed in the Razer ecosystem, this card might be the perfect capture companion for your PS5 setup.

For someone who wants to take their stream or video content to the highest level of quality, AVerMedia’s Live Gamer BOLT is going to be the best choice. Of all the 4K capture cards on the market, this one stands out above the rest with its higher than average refresh rate support. For users who are after quality but at a cheaper price point, both the Elgato HD60 S+ and Razer Ripsaw are great options with similar quality but have unique designs and interface options.

This article includes affiliate links, which may provide small compensation to Dot Esports