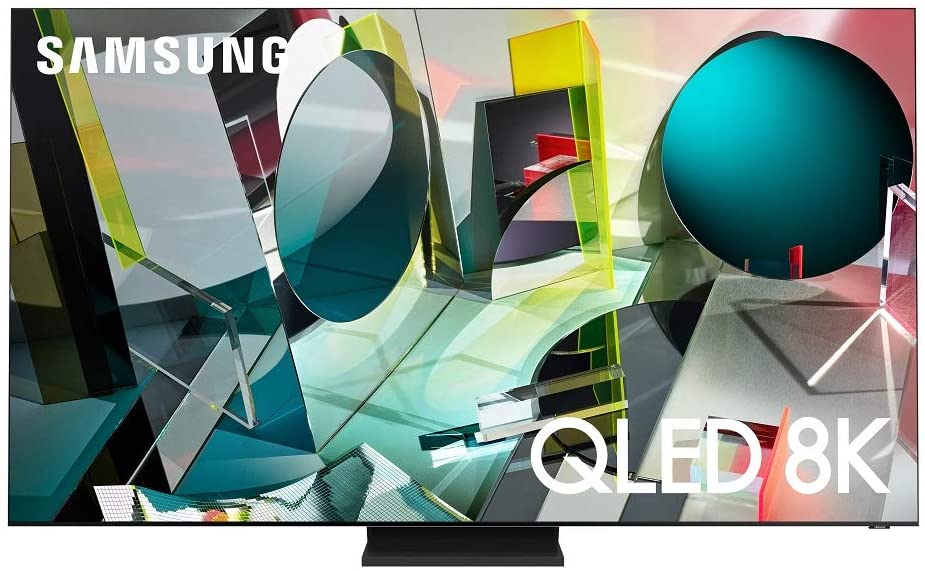 Image by Samsung via Amazon

Although it feels like just yesterday that 4K televisions first hit the shelves, the first 8K televisions have already arrived.

The new 8K panels are equipped with 33-million pixels, which is four times the total pixels of a 4K TV and sixteen times the pixels of a standard 1080p television.

Samsung, Sony, and LG have introduced the first retail 8K televisions over the past couple of years. There are only a few 8K TV options on the market, but the ones that have been released promise an incredible entertainment experience and future-proof 8K tech.

The arrival of 8K televisions brings a lot of promise for gamers in particular. Both the new Xbox Series X and the PS5 are compatible with 8K games. Playing games in 8K is an exceptional experience, and 8K televisions will only become more valuable for gaming as more companies release 8K compatible games. In the meantime, most 8K TVs offer solid upscaling options so that you can play games in 8K resolution.

Here are the best 8K TV’s for gaming.

Kicking off the list is the Samsung 85-inch Q900T Series 8K television. This massive television is the largest option in Samsung’s flagship Q900T 8K television series, initially released in 2020.

The 85-inch Q900T features Samsung’s proprietary QLED technology, which stands for quantum dot LED. The panel is a full-array LCD backlit panel that uses a quantum dot filter to enhance the panel’s color and contrast. Although it won’t provide the deepest of blacks like an OLED screen, the QLED panel still provides an excellent picture and covers 100 percent of the color volume in the DCI-P3 color space. Additionally, this panel is fully equipped with Quantum HDR10+ to further improve the contrast of the colors.

This television runs on the Samsung Quantum Processor 8K, which uses AI to maximize your TV’s 8K capabilities and upscale content to 8K. While having access to a native 8K resolution display is great, there isn’t a ton of 8K content available to enjoy just yet. But with the included 8K AI upscaling, you can watch 4K or even 1080p content in brilliant 8K immediately, rather than having to wait for a wider 8K content adoption rate.

Of course, the biggest draw to this product for a gamer is the prospect of gaming in 8K. This television will support 8K games on the PS5 and the Xbox Series X. Currently, there are only a few games that support 8K, but as time goes on we, can expect the release of many more 8K games.

Like most modern televisions, the Q900T 85-Inch TV is fully equipped with Wi-Fi, Bluetooth, USB, Ethernet, and HDMI connections.

The Sony Z8H 85-inch 8K television is the largest in Sony’s Z8H 8K series. Featuring a truly magnificent LED panel, this television was a great way for Sony to kick off its presence in the consumer 8K TV market.

Sony’s 8K option is powered by the Sony X1 Ultimate processor. This processor is designed to quickly process 8K images. It is also used to upscale content as close to 8K as possible using Sony’s 8K X-Reality PRO technology. Until 8K content becomes the norm, upscaling is an important feature in a television, especially if you plan to use it for gaming.

This television features a full-array LED panel, which means the brightness of each LED pixel is independently controllable. As a result, this display can produce solid black levels and high brightness peaks for highlights, making for a beautiful high contrast experience. This display also comes standard with X-tended Dynamic Range PRO technology, which is Sony’s HDR standard.

The Sony Z8H 85-inch television comes with a 120Hz refresh rate, which is perfect for gaming. The display also comes with X-Motion Clarity, a technology that promises to provide a more clear picture during fast on-screen motion.

Sony’s option also comes with a dedicated Game Mode. The Game Mode is designed to improve your console gaming experience by decreasing latency as much as possible. While this won’t completely resolve the common input lag issues with console gaming, users should notice less input lag than the Samsung product mentioned above.

The built-in speaker system on the Z8H TV is pretty decent. It features an array of five speakers that can follow the action around the screen for maximum immersion, This speaker system functions similarly to Samsung’s Object Tracking Sound+ system.

For connections, this television features Bluetooth connectivity as well as standard HDMI ports and HDMI IN4 ports for an 8K signal.

This exceptional television is perfect for serious console gamers looking to minimize their controller’s input latency while playing games in 8K.

The LG 75-inch 8K 99 series TV is LG’s top-end 2020 entry into the 8K market. At 75 inches, this television measures smaller than the other options on the list, but it still leaves an impression.

This television runs on the A9 gen 3 AI Processor 8K. This processor delivers a flawless 8K picture and high-quality sound by applying four-step noise reduction, AI sound pro, AI Picture Pro, and standard AI 8K upscaling. This processor also offers a similar upscaling performance as the other processors on this list, letting you play your games in an upscaled 8K resolution.

The 75-inch 8K 99 features a NanoCell display. According to LG, the Ai-powered NanoCell display uses nanoparticle filters to improve your television’s colors and contrast. As a result, the LG 75-inch 8K TV can produce over a billion colors across its 33 million pixels. This display also offers deeper blacks by using local dimming, and it comes with active support for both HDR10 Pro and HLG Pro standards.

LG built this television with gaming in mind. In addition to its native 120Hz refresh rate, LG claims that, based on its internal testing, this display should feature low levels of input lag for your controller. The lower levels of input latency can provide a big advantage in online competitive games. They also included the HGIG HDR profile, a color profile designed specifically to improve your HDR gaming experience.

This television comes with Bluetooth 5.0 support, a Wi-Fi connection, and HDMI CEC ports. You can rely on the LG 75-inch 8K 99 series TV to provide a top-tier gaming experience on a cutting-edge 8K display.