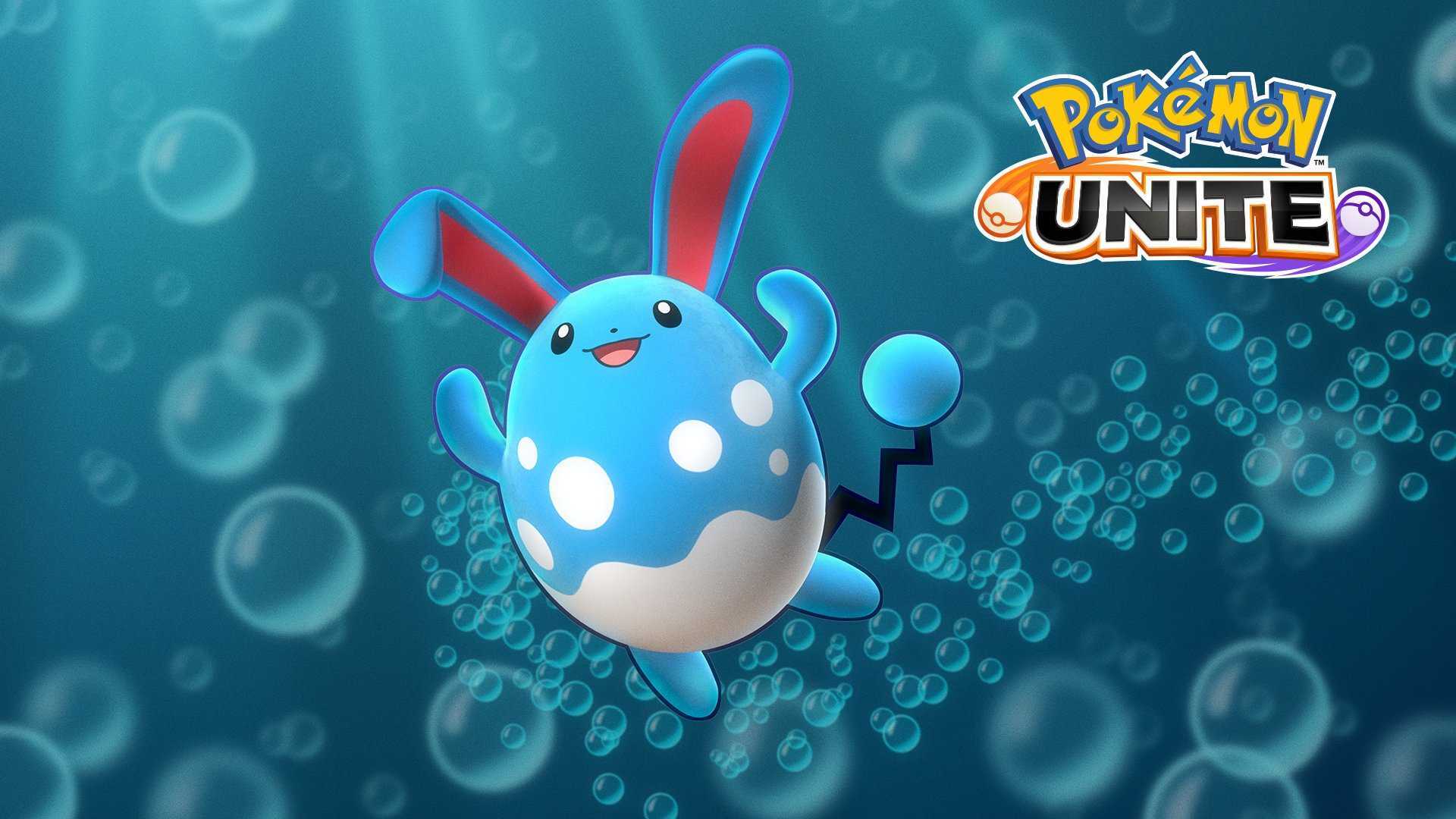 Azumarill is now live in Pokémon UNITE, giving players yet another option to choose from when they need an All-Rounder in their team composition.

The Aqua Rabbit Pokémon brings an odd mix of moves that launch a full-frontal assault and others that will debuff opponents from a distance.

All you really need to know when using Azumarill is that Play Rough and Aqua Tail will boost some aspect of the Water/Fairy-type’s movement or attack speed, while Water Pulse and Whirlpool are the more technical moves that will back those other options up.

Play Rough sees Azumarill focus down a single opponent, delivering a set of consecutive hits and stunning them briefly. Aqua Tail increases the speed and range of Azumarill’s next three basic attacks, heals the user slightly, and ignores defensive stats and shields for its targets.

As for the other set of moves, Water Pulse hits from a distance, decreasing the movement speed and dealing damage to any Pokémon within its area of effect, while also giving Azumarill a short rolling dash similar to Jigglypuff’s Defense Curl. The move can bounce between up to three targets too, leading to potential big chains of damage during teamfights.

Whirlpool is more of a defensive option or something to throw out during close-quarters combat, creating four small projectiles that rotate around Azumarill. These will deal damage and restore the user’s health.

As expected, Azumarill’s passive ability is Huge Power, which will guarantee a critical hit when its moves only hit a single target. If any attacks hit more than one target, they will never crit, which will make item selection for this Pokémon interesting.

Additionally, its Unite Move Belly Bash might be a reference to Belly Drum. It has Azumarill pound its belly three times, gaining a shield while losing HP to boost its Attack stat.

You can grab Azumarill’s Unite License from the Unite Battle Commission shop for 10,000 Aeos Coins or 575 Aeos Gems.