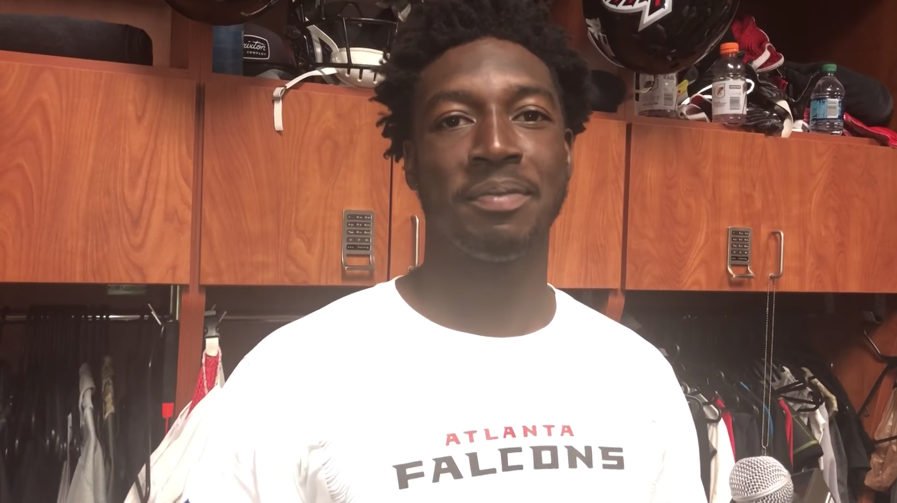 Another week of the NFL means we have more Fortnite: Battle Royale touchdown celebrations to look forward to.

After Atlanta Falcons’ wide receiver Calvin Ridley caught an 18-yard touchdown pass today, the rookie proceeded to show off his dance moves in the form of the “Orange Justice” Fortnite emote. The touchdown was the second of Ridley’s young NFL career.

Ridley, 23, was drafted by the Falcons with the 23rd overall pick in the 2018 NFL Draft. In his three seasons at Alabama, he was a part of two national championship-winning teams. He was recognized as one of the best players in the conference with All-SEC honors in 2016 and 2017.

His Fortnite celebration is just the continuation of a trend, though. Since the new NFL season kicked off three weeks ago, players have celebrated big plays with some Fortnite emotes. In week one, it was Eric Ebron of the Indianapolis Colts. And in week two, it was Ebron’s teammate, rookie running back Nyheim Hines, who brought out the “Orange Justice” to celebrate his first NFL touchdown.

As we’ve seen, the Fortnite celebrations aren’t limited to the NFL. One of the most notable moments was when Antoine Griezmann of France performed the “Take the L” dance after a goal in the FIFA World Cup final earlier in the year.

With it only being the third week, and months to go, NFL fans should be expecting some more Fortnite emotes to pop up throughout the season.