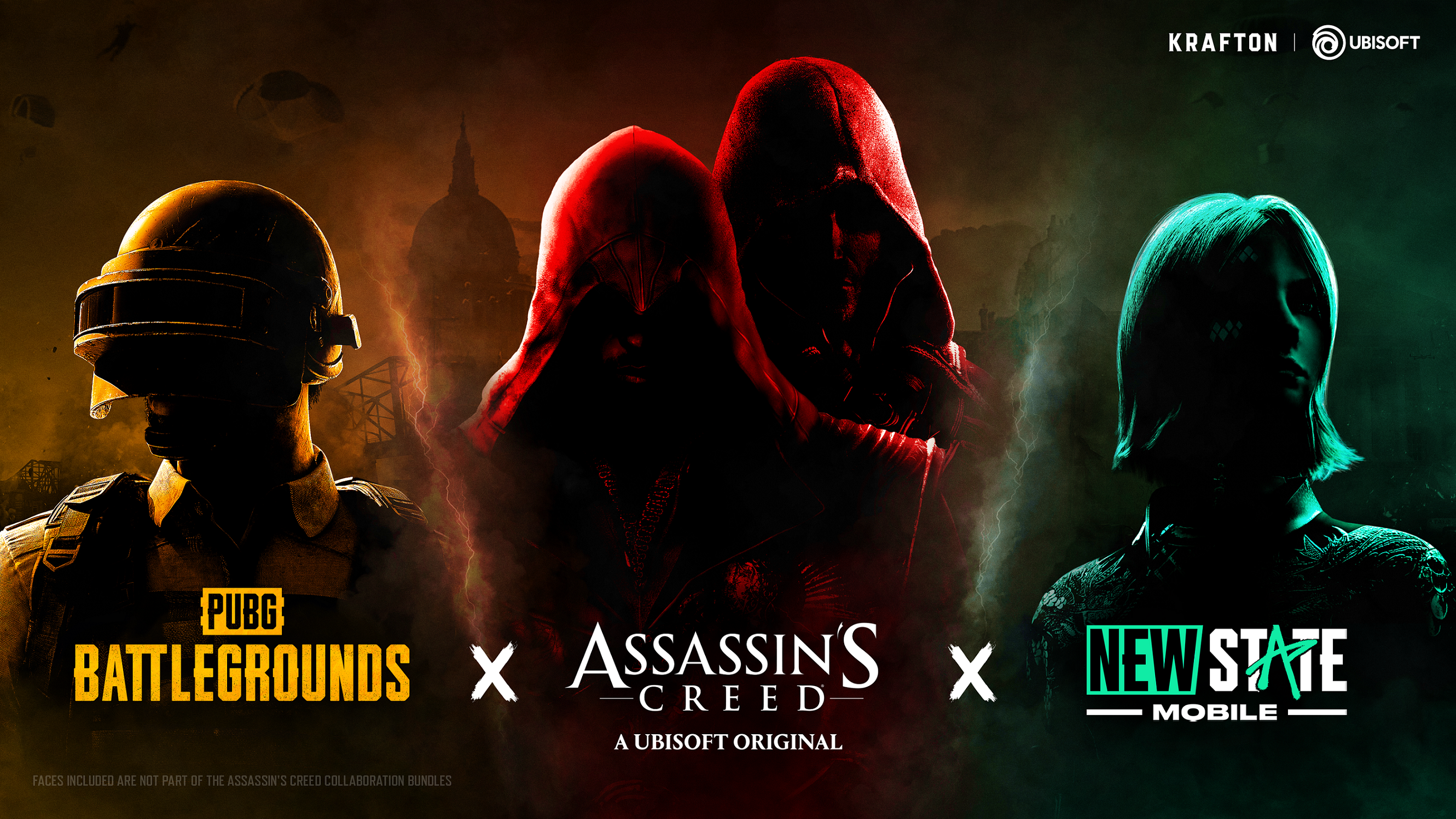 The world of Assassin’s Creed is coming to PUBG: BATTLEGROUNDS and NEW STATE Mobile in August in this multi-game collaboration announced today between KRAFTON Inc. and Ubisoft.

The collaboration between Assassin’s Creed and PUBG: Battlegrounds will take place between Aug. 17 and Sept. 22. Players will be able to earn two costumes, a parachute skin, an emote, sprays, and more. The Abstergo Industries organization will take over some of Haven’s buildings and special props will appear across the map. It will also be possible to find an Animus machine.

The collaborative event will feature story missions to find out the truth behind the rumored presence of Templars and Assassins in Erangel and Troi. The rewards have yet to receive official images, but more information should be revealed as the event start date approaches.

PUBG: Battlegrounds is available on PC, PlayStation 4, Xbox One, and Google Stadia, an update for PS5 and Xbox Series X|S was released recently. NEW STATE Mobile is playable on mobiles on iOS and Android, and both titles are free-to-play.