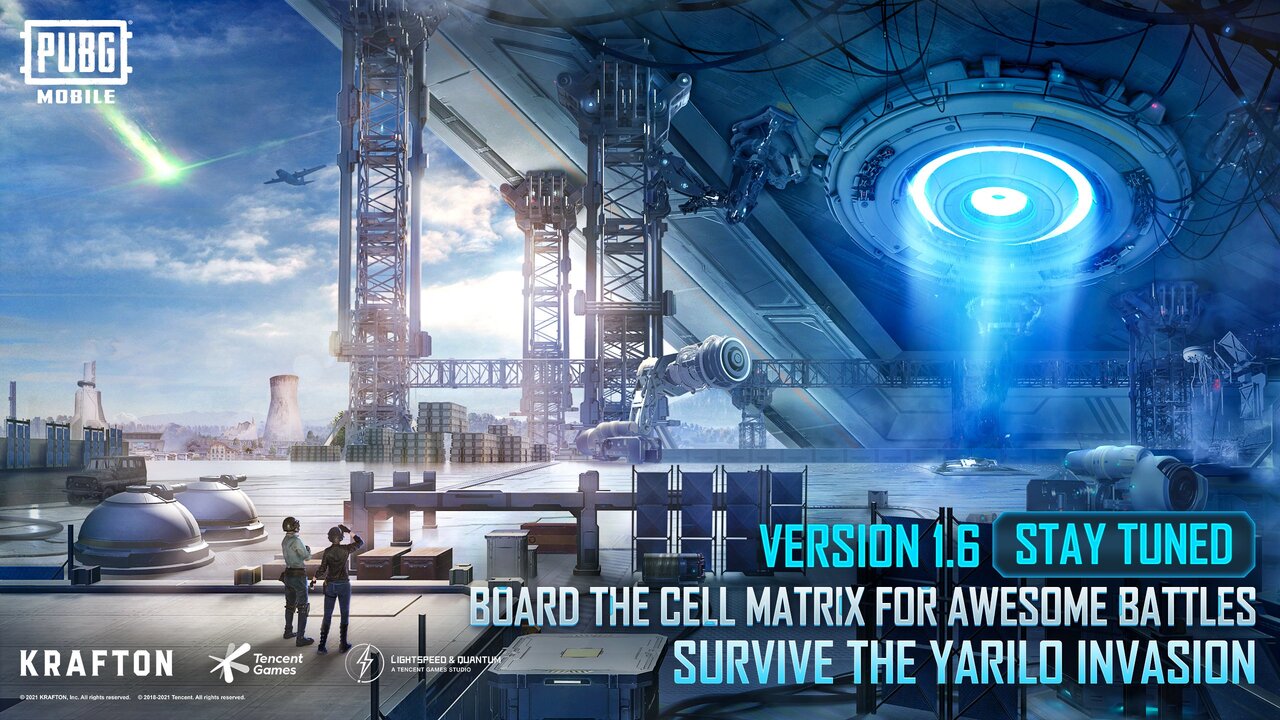 PUBG Mobile’s Patch 1.6 is bringing a new mode called Flora Menace to the battle royale game. In it, an alien invasion will take place on the Erangel map.

Tencent had been teasing the new mode since last week on PUBG Mobile’s social media pages. The alien civilization is called Yarilo and it’s absorbed all the “special energy” found on the map. It’s taken over major areas of the maps and created a “Rejuvenation Barrier” that grants healing powers. The exact details about the mode haven’t been revealed yet.

Players will also be able to take to the skies in this new mode. Giant spaceships called Cell Matrix will fly around the map and can be accessed by players. They contain great loot and will surely be a hot drop for players.

The 1.6 update will arrive on Sept. 14 for both Android and iOS users. Flora Menace should be released shortly after this.

The new mode continues PUBG Mobile’s theme of making the Erangel map more futuristic. In a recent dev update, Tencent said it completed its “first stage” of upgrading the map. In Patch 1.5, a technology company called DynaHex made several developments to the map and completely revamped six locations.

DynaHex will be present in Flora Menace as well and can be called upon to provide supplies to fight against the Yarilo invasion.

Related: Vikendi is coming back to PUBG Mobile in Patch 1.6

Other than Flora Menace, Tencent has revealed that a lot of old modes will be returning to PUBG Mobile in version 1.6. This includes the snowy map of Vikendi, Metro Royale: Reunion, Titans: Last Stand, Survive Till Dawn, Payload 2.0, Infection Mode, Runic Power, and VS AI.