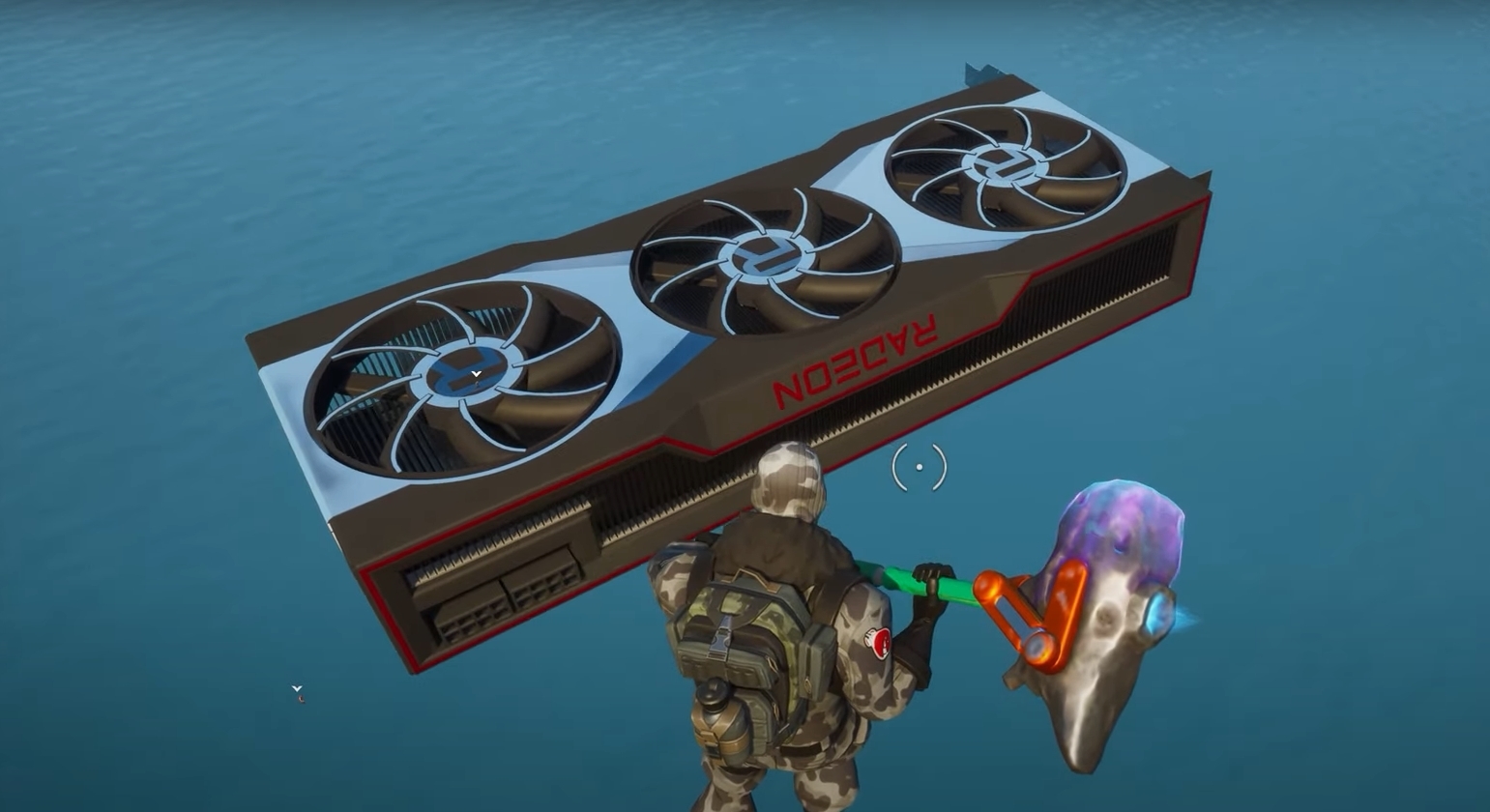 The season of tech reveals is here. But instead of just putting out more details about its newest Radeon RX 6000 series video cards, AMD decided to team up with Epic Games to make a giant replica in Fortnite.

Unlike other instances like this, the RX 6000 model isn’t just sitting on the map somewhere for players to find and mess around with. Instead, it’s only available in Fortnite Creative if you enter a specific code.

After logging into Fortnite Creative, simply start a game and then head over to the console near the level select area. From there, all you need to do is type out the code—8651-9841-1639—and you’ll spawn into a map completely made up of water and a giant RX 6000 model that looks like a futuristic spacecraft.

You can freely explore the surface of the card, running around on the top or the sides to see every little detail that’s been changed or added. Nothing on the model will actually move and it doesn’t appear that there are any Easter eggs hidden within the level itself.

The look of the new card was teased yesterday by Radeon on Twitter, though only the fan side was actually shown off. Now, you can see more details, including the twin eight-pin power connectors that show this is going to be a real powerhouse—at least in terms of consumption.

AMD will likely be releasing more information about its new RX 6000 series video cards soon. But until then, you can explore every nook and cranny of the digital model and speculate about it with other tech fanatics.