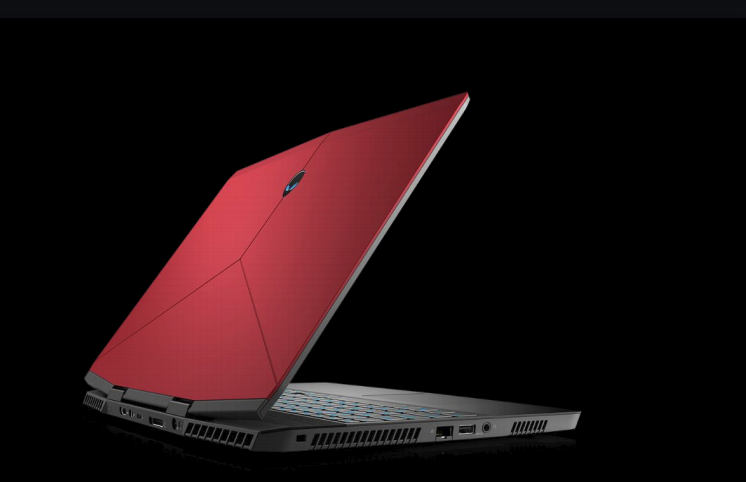 The reveal of Alienware’s new M15 laptop at PAX Australia last weekend was a surefire hit, with crowds of people coming to the booth to play their favorite games, chat with pro players, and hear from Alienware co-founder, Frank Azor.

Light up RGB hoodies aside, the Alienware booth was an epic experience at PAX Australia, offering up a little bit of insight into the Alienware Academy and its dedication to esports, and allowing people to get hands-on with its new laptop range and accessories. Which I must say, from the first glance, are certainly impressive. Luckily, we were able to get more than just a glance.

The first thing we noticed about the laptops is the updated aesthetic, Alienware has ditched its signature aggressive, bulky designs for something slightly sleeker but still noticeably Alienware. It is the thinnest and lightest gaming laptop they have ever released, period. Even its latest 13-inch model comes in 5 percent thicker and 20 percent heavier.

The aesthetic updates don’t stop there though. The Alienware M15 also has its first ever narrow bezel display, meaning more viewing space and crisp visuals—a feature that makes looking at the laptop less of a cinematic experience and a little bit more of immersive. Couple immersion with an FHD (1920×1080) display and 144Hz refresh rate and you will definitely stop thinking this is just any old gaming laptop.

Despite making me feel anxious, throwing the enclosure down on to the desk at PAX did no damage due to the quality of the Magnesium Alloy the laptop is made of, though Alienware did recommend not doing that at home (for all you eager tech reviewers out there: remember, it was the enclosure only.) This is a big step up for gaming laptops that have always seemed to pay a price in quality for performance. The Alienware M15 is built with quality parts and materials, including the 8th Gen Intel Core i7. A seriously impressive build.

When you combine quality and performance, normally there are issues with cooling. This is not something to worry about with the M15 thanks to Alienware’s Cryo-Tech v2.0. This means there is a dual exhaust airflow design with over 90 blades cooling the GPU and CPU, keeping the laptop cool to touch, but still maximizing performance.

The Alienware M15 comes in Silver and Nebula red. The Nebula color is certainly a nice addition and will ensure you stand out in the crowd, while the silver might suit gamers looking for a little less flash on the outside.

The M15 is equipped with the new and improved Alienware Command Centre, which is a massive step up, giving you an incredible amount of control over your hardware and software environments. Not only can you tailor it specifically to each game, but you can also personalize the Alienware Command Centre itself to make it look and feel just the way you need.

So for all of the content creators out there, life just became a little bit easier too. In addition to the 8th Gen Intel Core i7, the Alienware M15 can have up to 32GB of memory, meaning it’s powerful for both gaming and on-the-go editing.  The color grading of the screen is also suitable for more intricate video and photo editing. If you are looking for a laptop you can use on the go but still need something more powerful for home, the Alienware M15 also works with the Alienware Graphics Amplifier. So keep that in mind before you start shopping for two systems—your wallet will thank you.

If you’re a serious gamer who likes to play on the go, or an avid content creator looking for a powerful laptop, the Alienware M15 could be perfect for you. All models have the 8th Gen Intel Core i7, a GTX 1060 minimum and at least 8GB of ram. The new M15 truly offers something for everyone. More on the exact specs below.

The M15 will be offered in several different builds, all with varying specs, features, and prices.