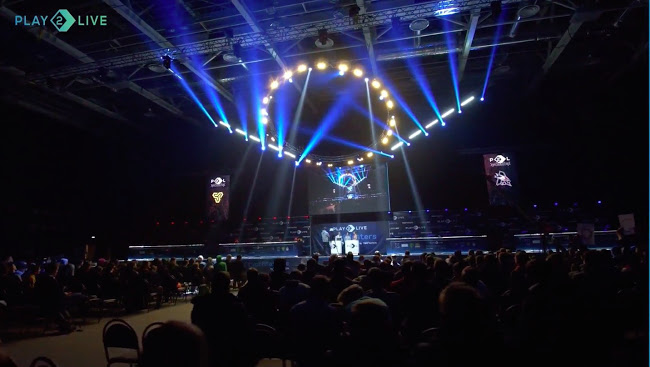 One of the first large-scale CS:GO tournaments with cryptocurrency as a prizepool has ended.

On Feb. 25, Polish team AGO bested the Turkish players from Space Soldiers by 2-1 in the grand finals of Play2Live CryptoMasters and racked up 1,000,000 LUC tokens, which are worth about $50,000.

These tokens are Play2Live’s own cryptocurrency and were also awarded in smaller numbers to the other six teams that were part of the offline tournament held in Minsk, Belarus.

In the grand finals, AGO dominated Space Soldiers on Cobblestone and opened the series with a 16-10 win that came from a convincing 11-4 on CT-Side. The Turkish team got their revenge on Train and tied the series after winning 16-9.

Space Soldiers seemed ready to take the title when it finished the first half 10-5, but the Polish players from AGO pulled off an incredible comeback, won the map 16-13, and became the champions of Play2Live CryptoMasters 2018.

BIG and GODSENT, known for their participation in several major CS:GO tournaments like the ESL Pro League, also attended to this tournament. Both lost in the semifinals to AGO and Space Soldiers, respectively, however.

Though using cryptocurrency as a prize instead of cash money is somewhat unusual in esports tournaments, the teams that took part in the tournament liked the idea.

“I think that the cryptocurrency prize pool is a new hot trend,” Mateusz Kovalchuk, co-founder of AGO, said in a press release. “Usually, people treat cryptocurrencies suspiciously, but for those who actually understand how it works, it’s easy to find value and benefits of it.”

During the two days of play, Play2Live CryptoMasters was watched online by over 120,000 unique users on the p2l.tv platform, the company’s own streaming website.

“Blockchain and Esports are the future, and we are sure that there are going to be more tournaments like soon.” Ignat Bobrovich, one of the organizers of the event, said.