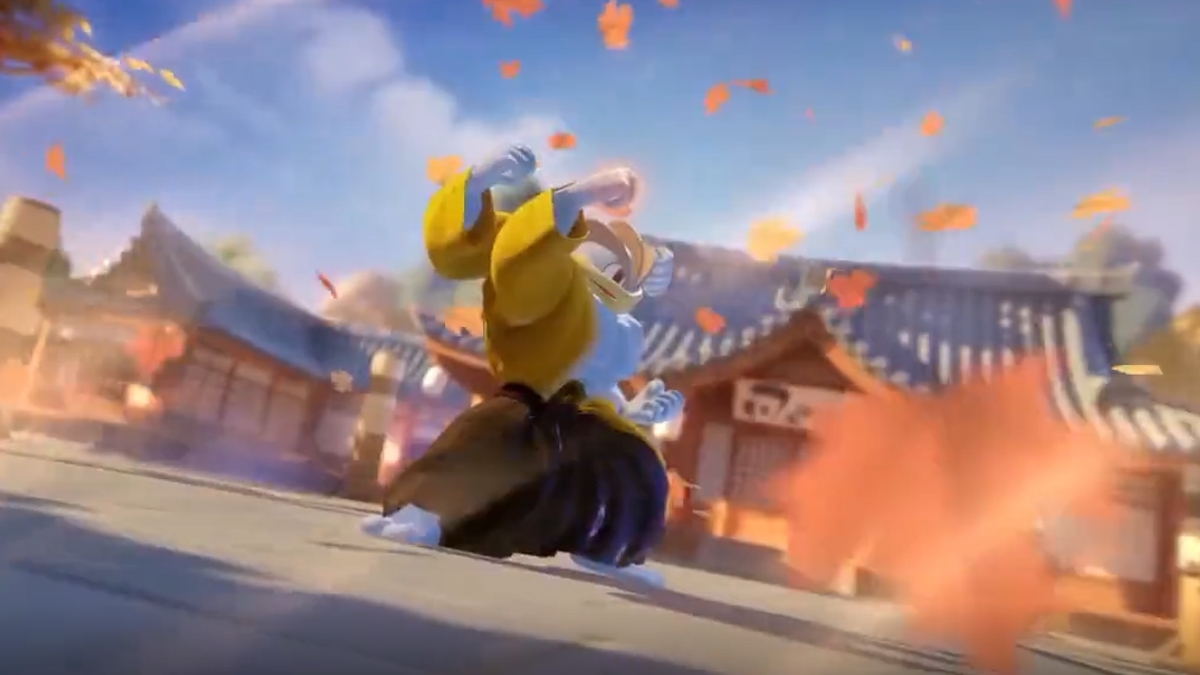 Another Premium Holowear is being added to Pokémon UNITE. On Dec. 3, Machamp and its evolutionary line will get a look based on different types of traditional Japanese Keikogi, uniforms worn by martial artists.

Full details for the Adept Style: Machamp aren’t available officially yet, but thanks to a previous datamine, we know that the costume is a Premium Holowear and will include the full suite of bonuses that come with that classification.

When equipped, the Adept Style Holowear will give Machop, Machoke, and Machamp new audio and visual effects, unique animations when using its Unite Move, scoring, returning to base, moving, and knocking out an opponent.

As is the case with other Premium Holowear, Adept Style: Machamp will reportedly cost 2,499 Aeos Gems or the equivalent of around $40. This has been the case with Costume Party Style: Lucario and Sacred Style: Alolan Ninetales, and it is unlikely that TiMi Studio will update its pricing model to be more player-friendly anytime soon based on this trend.

As for other content, there is currently a Black Friday sale ongoing for Trainer Fashion in-game, and several new pieces of Holowear have already been released—including the Masked Style: Gengar.

Based on other datamined information, it appears that Tsareena will be added as a playable Pokémon on Dec. 9 and Dragonite could be joining the roster in the near future as well. TiMi Studio hasn’t confirmed that information, however, and fans should take it as speculation until official information appears.