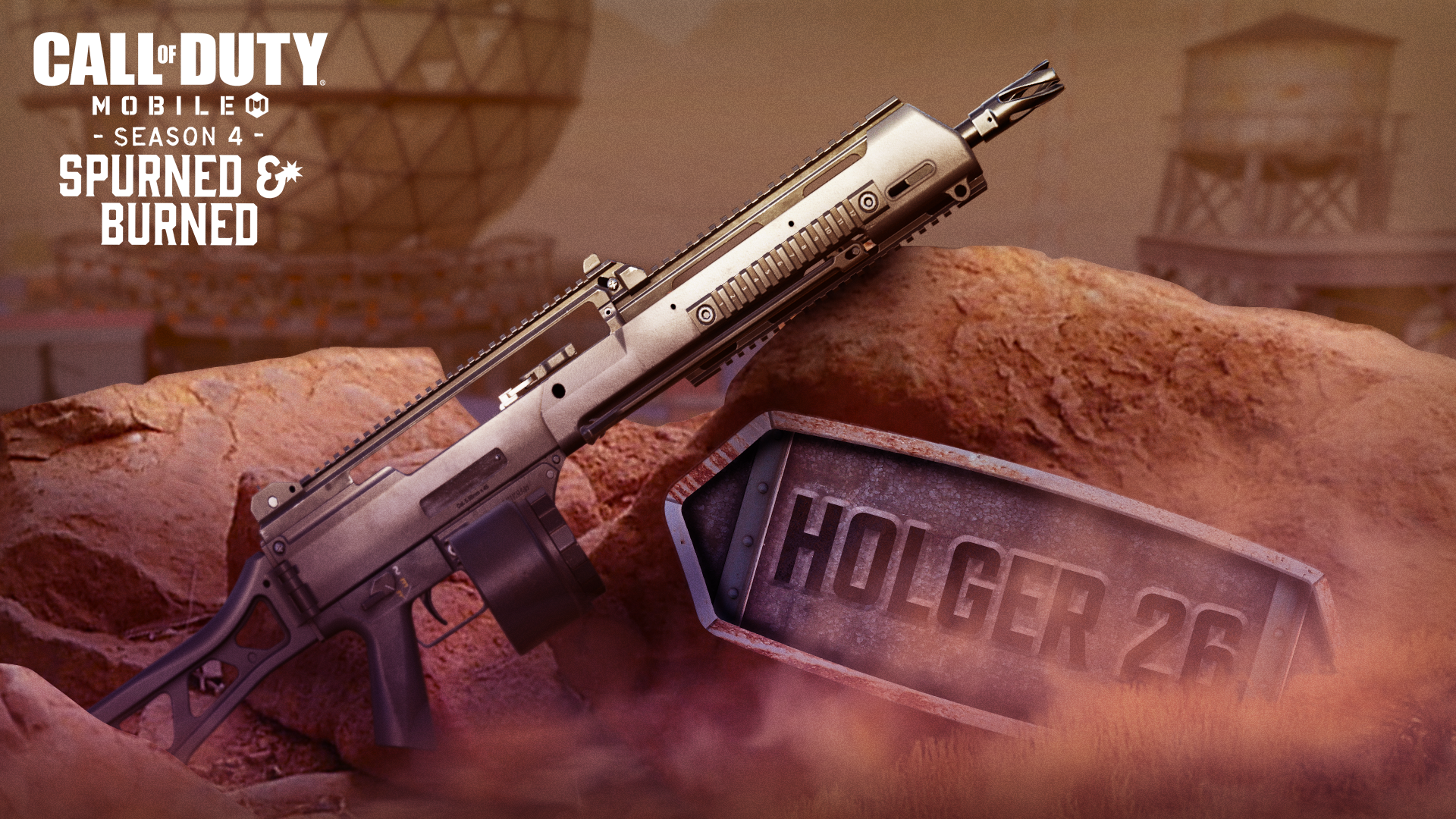 Activision has revealed more details on Call of Duty Mobile‘s season five of 2021, which will hit live servers in two weeks, in an official community update earlier today.

A new map and weapons will be introduced soon, and Activision has announced first looks at this upcoming content this weekend. The developer also hinted at an important announcement that will be made on its social media channels next Monday, June 21. It could be more details about the season 5 or another event yet to be revealed.

Other content already revealed by Activision, such as the Dark Gunman Mythic drop, and the release of the first new LMG of 2021, the Holger 26, had more details revealed. Although the Holger 26’s description is now available in the game since the latest update, it reads “This item will be available in the Battle Pass soon.”

Long-time Call of Duty fans will recognize the weapon from Call of Duty: Modern Warfare. It features many customization options in the Gunsmith, and will bring havoc in mid-range encounters.

The players will be able to get it by completing the Holger Strike Seasonal Challenge, requiring players to use SMG and assault rifles. 14,000 battle pass XP will be part of the reward.

Stage One of CoD Mobile’s World Championship will kick off soon, and the developer will celebrate with rewards offered to the players upon logging into the game over the next weekend.

On top of those upcoming new features, the game will also welcome a massive new player base, since the Chinese version of CoD Mobile will merge with its global counterpart. Changes should be expected on both ends, but Activision will likely be on their toes regarding any issues.

Activision ended the community update with added information on bugs the team is still trying to fix, and others that have been introduced in the latest update.

Meanwhile, players still have two weeks to complete their season four battle pass before it ends. Clan wars and seasonal challenges will also reset at that time, so the players might want to check they didn’t miss anything before the start of season five.