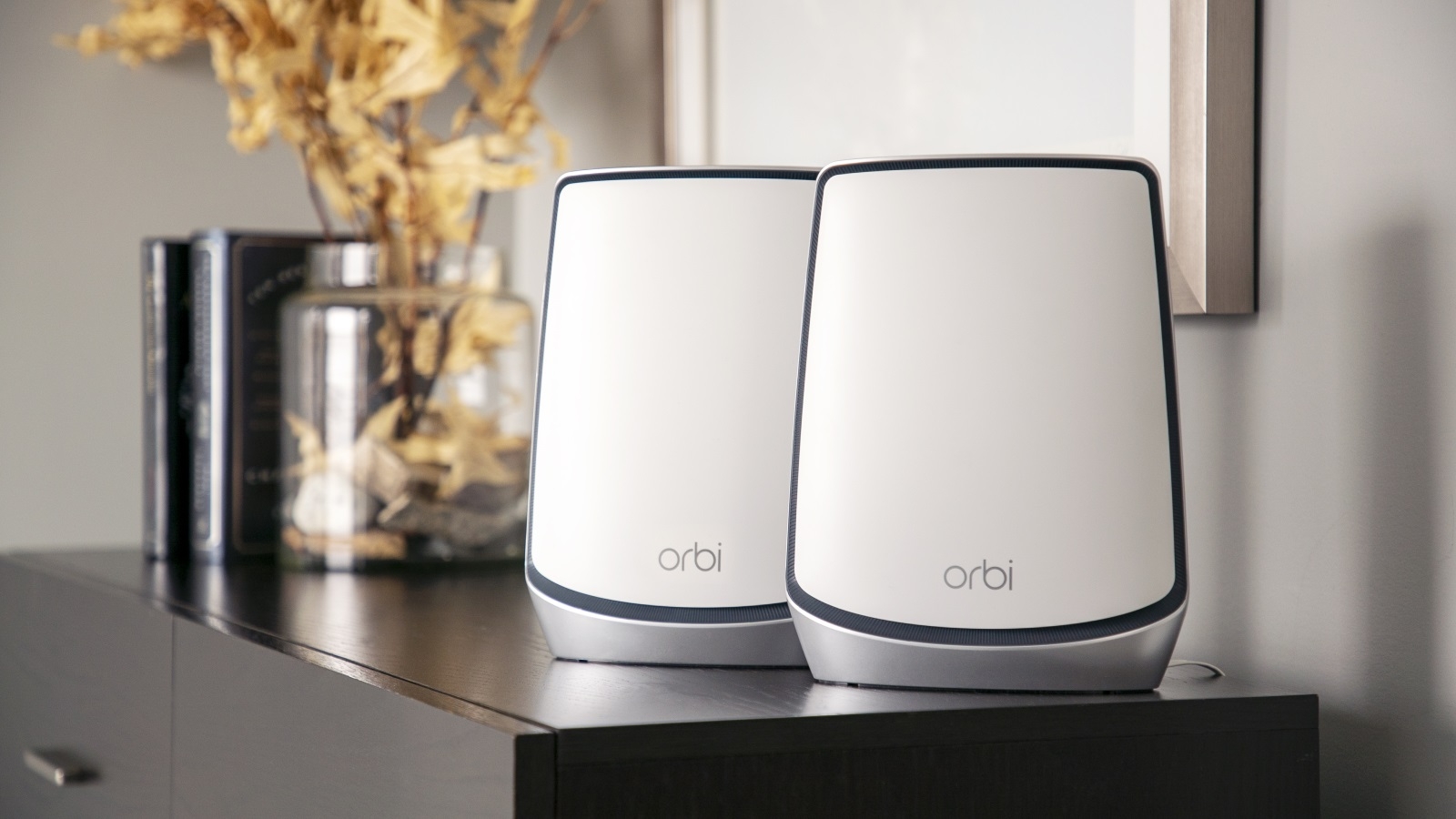 Most people think of high-end gaming PCs with the fastest monitors when they think of gaming performance. When it comes to competitive games like Fortnite or Overwatch, it doesn’t matter how fast your PC or GPU is if the internet connection is slow or unstable.

Modems play a critical role in any gaming setup because they control the flow of data packets to and from a network connection. When you’re gaming, the game is the most critical application on the network, so you want to make sure your modem/router is smart enough to not prioritize other applications ahead of your critical headshot. Many internet service providers offer modems with their internet plans, but savvy users know to buy their own modems for better range, faster speeds and more features.

One of the terms often used when describing a modem’s ability is Data Over Cable Service Interface Specification (DOCSIS). DOCSIS refers to the modem’s maximum speed, and the higher versions have the fastest speeds. Older modems are capable of DOCSIS 3.0, which means they’re capable of 1Gbps downstream and 200 Mbps upstream. Newer modems include DOCSIS 3.1 with speeds of around 10Gbps down and 2Gbps up. The latest DOCSIS 4.0 standard is still in its infancy and isn’t adopted by manufacturers yet.

The best modems from reputable companies like Netgear and Motorola have fast network speeds and wide coverage to suit most homes or businesses. It’s worth noting that download speeds are dependent on the provider’s capabilities and services and might be different from what the modem can offer.

The best overall modem for gaming

The Netgear Nighthawk CAX80 tops this list because of its balance of speed and coverage. This modem router combo conforms to DOCSIS 3.1 and Wi-Fi 6 standards with download speeds of up to 10 Gbps and wireless speeds of up to 6 Gbps. It also has a broad coverage of around 3,000 square feet (279 square meters) and can support up to 32 devices.

While the CAX80 offers fast speeds and wide coverage, its high price puts it out of reach for most buyers. It’s worth it for competitive gamers who want the best, but casual players are better off with other modems on this list.

The best coverage modem for gaming

A single modem might not have enough wireless coverage for larger homes, and some rooms could have low coverage or slow speeds. A mesh system like the Netgear Orbi Whole Home Wi-Fi 6 System includes the modem and a single satellite extender to improve the range up to a whopping 5,000 square feet (464 square meters). Since this tri-band system is made for larger buildings and many users, it can accommodate an incredible 100 concurrent devices without any issues.

Apart from its wide coverage, the Orbi keeps up with the CAX80 by having Wi-Fi 6 and DOCSIS 3.1 compatibility. It has a combined Wi-Fi speed of 3,800 Mbps with up to 1,200 Mbps on the 2.4 GHz band and 2,400 Mbps on the 5Ghz band. It also has four Gigabyte ethernet ports and a single 2.5 Gbps port for wired connections.

Mesh modem router combos aren’t for everyone and are only worthwhile for larger houses or buildings. The standard set comes with the modem and a satellite, and users can also buy versions with two or three satellites if they need more coverage.

The best mid-range modem for gaming

The ARRIS SURFboard SBG8300 is considerably cheaper than the CAX80 and Orbi while offering similar speeds. Like the two previously-mentioned options, it’s a modem router combo with DOCSIS 3.1 and Wi-Fi 6, so it’s up to the current standards and offers fast speeds.

When it comes to performance, this modem can handle up to 32 downstream and eight upstream links with combined download speeds of around 4Gbps. It also has a combined Wi-Fi speed of around 3,000Mbps, split across the 2.4GHz and 5.0GHz bands.

Designwise, the SBG8300 has an all-black rectangular design focusing on simplicity and usability. The front includes lights for online and Wi-Fi status, while the back has four Gigabyte LAN ports in addition to the cable and power ports.

ARRIS’s SURFboard SBG8300 offers similar network speeds to the previously mentioned modems, but it falls short in its wired connections. Unlike the CAX80 and Orbi, there’s no 2.5GHz LAN port. Considering the huge price difference, it isn’t a big deal, and the SBG8300 should have enough speed for many.

The best standalone modem for gaming

Motorola’s MB8611 is a true cable modem with no built-in Wi-Fi. It costs way less than the other options mentioned so far, so it’s really best paired for those with an existing router.

This modem keeps things simple and interfaces between the internet connection and the router. It still has DOCSIS 3.1 capabilities like the other modems mentioned so far and supports download speeds of up to 2,5 Gbps and upload speeds of 800 Mbps.

Where the MB8611 lags behind the other modems on this list is its LAN connections. There’s only a single 2.5 Gbps LAN port and no Gigabit ports, so users are limited to a single wired connection that they can use directly or plug into a router.

Some buyers may be turned off by the lack of built-in Wi-Fi and a single LAN port. For buyers who already have a fast router, it’s an affordable way of getting a fast modem, and they don’t have to waste money on unnecessary features.

The best budget modem for gaming

Some users don’t need the fastest speeds and are happy with an affordable modem that provides a stable internet connection. Netgear’s CM700 is reasonably-priced because it’s a couple of years old and supports the older DOCSIS 3.0 instead of the current 3.1 standard.

Since the CM700 is a modem only like the MB8611, there’s a single Gigabyte LAN port and no Wi-Fi. If buyers need more LAN ports or wireless connectivity, they need to connect the modem to a separate router.

The CM700 is showing its age and can’t keep up with the fastest modem/router combos on this list. It’s still a practical option for budget-conscious buyers looking for basic connectivity without a big cash outlay.