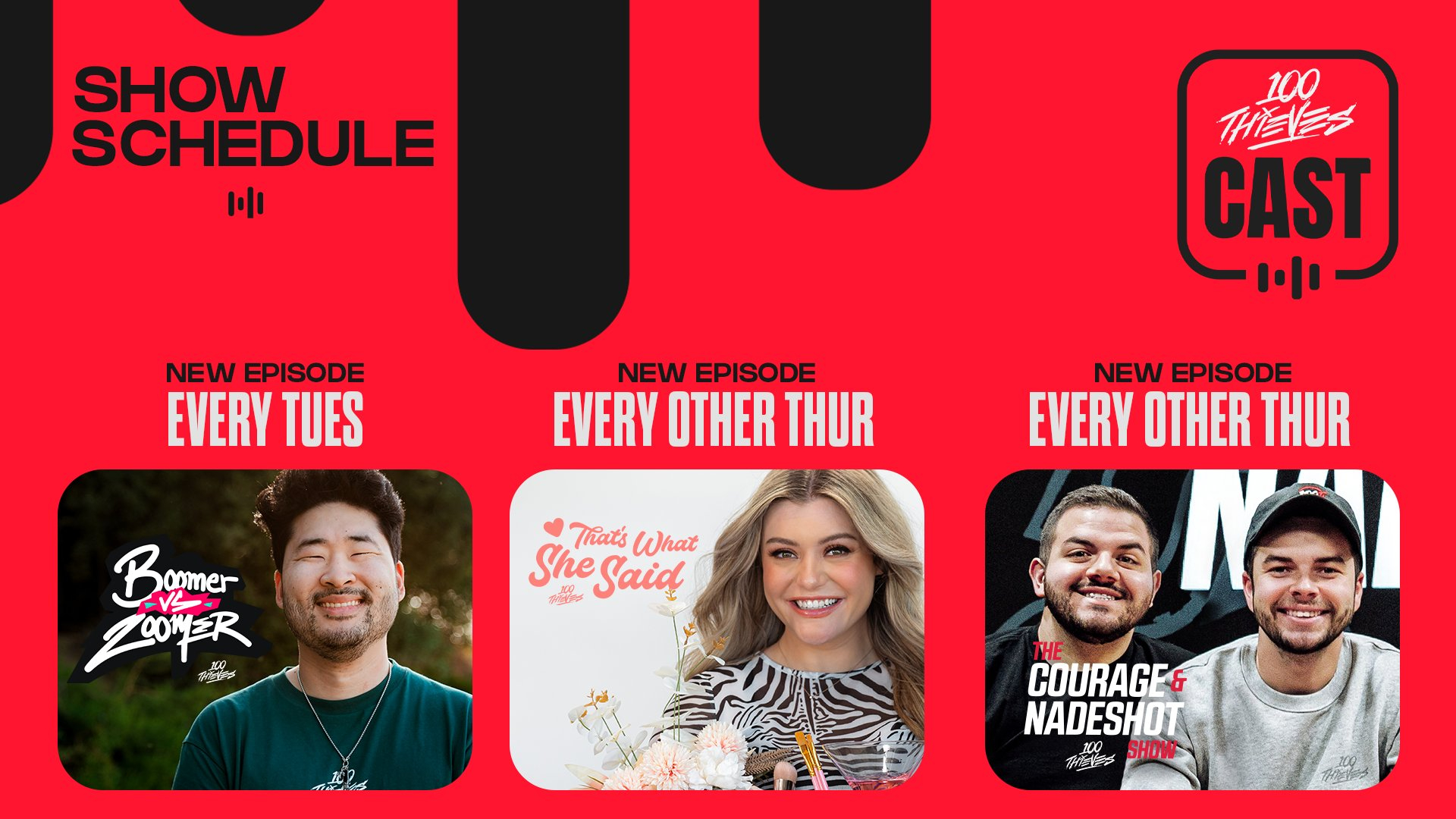 100 Thieves is introducing a new series of podcasts featuring CEO Matt “Nadeshot” Haag, as well as content creators CouRage, BrookeAB, and Peter park, the latter of whom is the organization’s newest member.

100T is no stranger to the podcast scene as it previously had two podcasts, the ‘CouRage and Nadeshot Show’ and ‘Selfmade,’ during the organization’s early days that featured esports industry talent interviews. Now, 100T will be adding two new podcasts to its lineup and bringing back the CouRage and Nadeshot Show, which posted its last episode on Dec. 30, 2021.

The latest addition to the 100 Thieves content team, Peter Park, will be headlining one of the newest shows called “Boomer vs Zoomer,” which will release a new episode every Tuesday and was teased during his announcement video on Aug. 3. BrookeAB will also be hosting a new podcast herself called “That’s What She Said,” which will air every other Thursday. BrookeAB’s new show will interview women in the gaming space and feature her doing some of her favorite activities such as painting and makeup. The CouRage and Nadeshot Show will release every other Thursday, giving fans two new podcast episodes each week.

Like the previous two podcasts, 100T will be uploading these episodes in video format to their new podcast YouTube channel called 100 Thieves Cast. Additionally, these podcasts will also be uploaded to Apple Podcasts, Spotify, and more