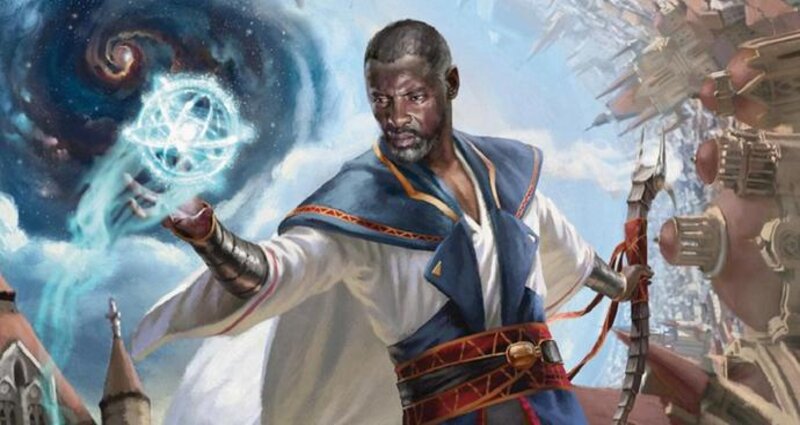 Wizards of the Coast had a problem this year with balancing Magic: The Gathering. Thirty-three cards were banned across the various constructed formats in Magic from Standard to Legacy.

There’s a common joke among the Magic community about “2020 cards” being a special classification. That’s because many of the cards printed this year were format-warping pieces in some of Magic‘s most powerful settings. This is why it’s important to have a distinction between the best cards that were and weren’t banned in Magic this year.

Here are the top cards that were banned this year.

Banned on Aug. 3 in Standard and Historic.

Teferi changed Standard when it was legal. Instant speed interaction fell out of favor, leading to tap-out control decks and low-to-the-ground aggro decks surviving. Midrange decks were almost erased from the landscape because of how strong Teferi was against “fair” midrange strategies. The best planeswalker from War of the Spark was banned from Standard and Historic in August, but many believed Teferi deserved a ban much earlier. Teferi’s power in formats like Pioneer, where it’s still legal, provides a reminder of how strong the card is.

Banned on Sept. 28 in Standard.

Uro is a card that was allowed to dominate Standard for too long. The straw that broke the camel’s back was the release of Omnath, Locus of Creation in Zendikar Rising. Uro could blank aggro decks on its own and crush any strategy with its late-game power. Uro is still a powerful piece in the best decks in Historic and Pioneer. The power level of Standard wasn’t suited to deal with Uro. Despite banning Uro, Omnath Adventures remained the best deck in Standard. This was more about how absurd Omnath was and not an indication that Uro isn’t as strong as advertised. Uro has a case for being the best card in Magic at the moment.

Banned on June 1 in Standard and suspended in Historic.

In 2020, Wizards of the Coast had a thing for printing cards with too much value. Fires of Invention wasn’t considered a powerhouse by many players when it was initially revealed during the Throne of Eldraine spoiler season. Fires of Invention quickly became a format-warping card, though. The ability to get two spells for free led to Jeskai Control decks getting up to 10 mana of value for zero mana. With Kenrith, the Returned King as an excellent mana sink, Jeskai Fires dominated Standard—and it was Fires of Invention that got hit by the ban hammer.

Banned on Aug. 3 in Standard and suspended in Historic.

Banned on May 18 in Vintage and Legacy.

Wizards messed up with the Companion mechanic from Ikoria: Lair of Behemoths before issuing an emergency errata on June 1. Lurrus was the first card to be banned from Vintage for power level reasons since 1996. The Companion mechanic negated the effectiveness of a restriction. Lurrus’ Companion requirement was no issue for Vintage and Legacy, which are filled with decks that run low-cost spells. Lurrus would be a no-cost inclusion for already powerful decks. Lurrus decks in these formats hit win rates above 55 percent and the trend wasn’t looking to slow down.

Banned on Oct. 12 in Standard.

Omnath was an Oko, Thief of Crowns level mistake. With sets releasing in Arena before they hit game stores, players go through thousands of games with new cards. It quickly became clear that Omnath was an issue. Despite its four-color mana cost, Omnath was surprisingly easy to get out on turn four due to the ramp available in Standard. Two weeks after banning Uro in an attempt to weaken Omnath-based decks, Omnath was emergency banned after it dominated the 2020 Grand Finals. Omnath Adventures decks made up over 70 percent of the metagame. Zendikar Rising was released on Sept. 25 and the prized mythic of the set was banned two weeks later.