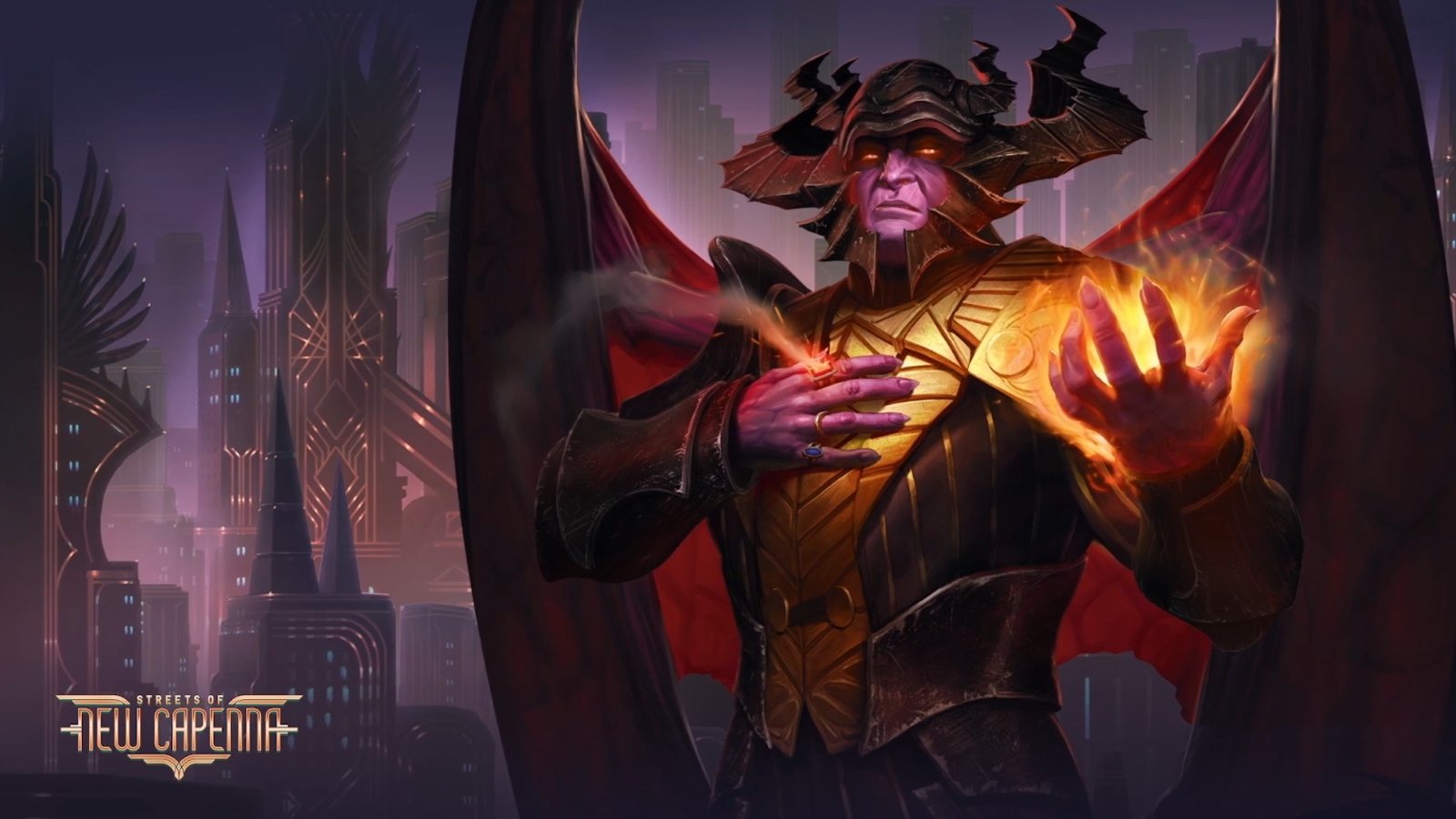 Wizards of the Coast has teased the possibility of Streets of New Capenna spoilers dropping during tomorrow’s Weekly MTG show on Twitch.

Scheduled to take place on March 3 at 4:30pm CT, players will get a “first look” at the upcoming Standard-legal set Streets of New Capenna (SNC) during the Weekly MTG show, according to WotC. The upcoming MTG set broke tradition last week with the announcement of prerelease events at local game stores taking place prior to the digital launch of SNC and may continue to buck past trends with spoilers dropping early.

Only feature art, release dates, and a general description for the next MTG Standard-legal set have been released by WotC so far. If SNC spoilers drop during the Weekly MTG show, they will likely contain feature images of either legendary creatures or planeswalkers within the upcoming set.

The SNC Magic set will shift the focus from the plane of Kamigawa to an unknown multiverse plane that contains the city of New Capenna. Angels originally built the city but it’s now ruled over by five demon crime lord families, showcasing a gangster theme within the set. Having ties to the city of New Capenna, the MTG planeswalker Elspeth Tirel is expected to show up, along with Ob Nixilis.

Mechanics within the SNC set are expected to thematically tie in with the five demon lord crime families ruling New Capenna. The prerelease for SNC is scheduled to take place on April 22. The digital launch via Magic Online and MTG Arena is set for April 29.