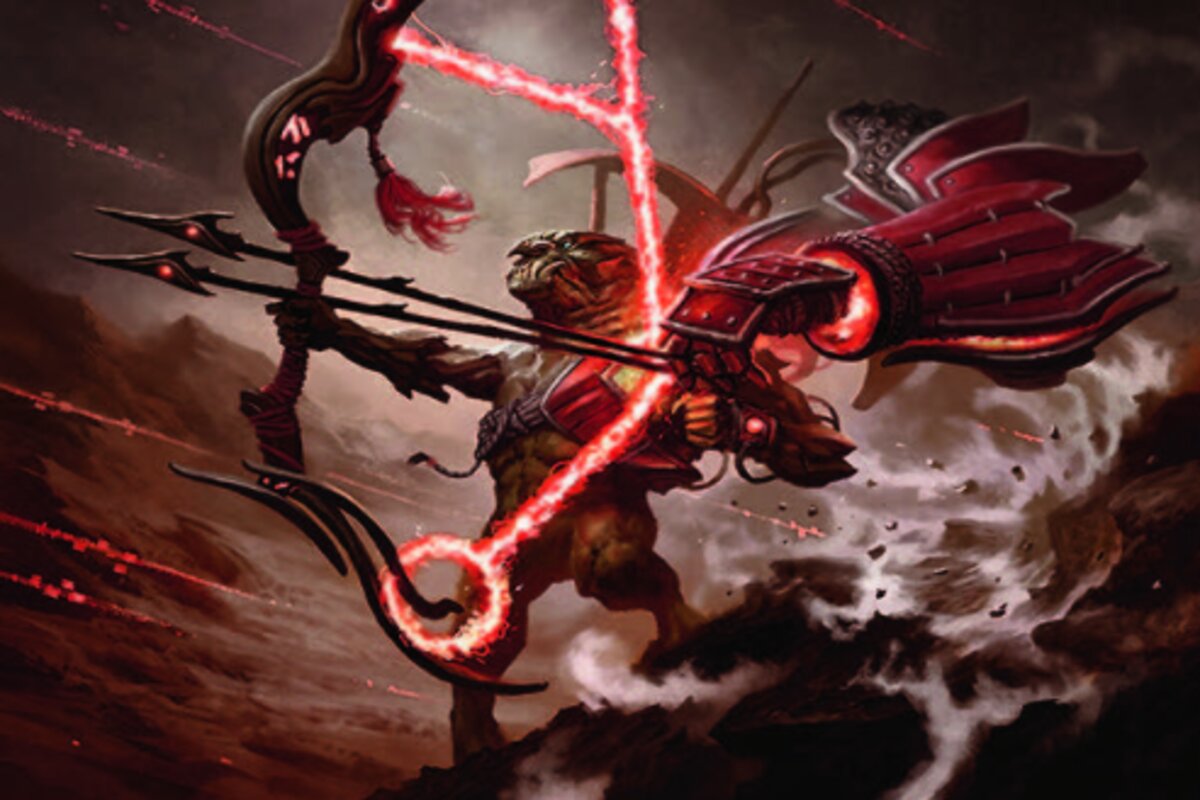 A goblin packed with value is bringing about some Magic: The Gathering Bonecrusher Giant flavor to Kamigawa: Neon Dynasty.

Dealing two damage to any target in conjunction with a creature hit an all-time high in MTG with the release of Bonecrusher Giant via Throne of Eldraine. WotC won’t likely repeat that mistake anytime soon, but the MTG team is bringing about a toned-down version of the giant in Kamigawa: Neon Dynasty (NEO) via the Artifact creature, Twinshot Sniper.

Previewed by Magic veteran Marshall Sutcliffe today on Twitter, the goblin uses the returning mechanic Channel as a means to deal two damage to any target on the body of a 2/3 creature with Reach.

The goblin archer is more likely a solid sideboard card in Constructed burn decks. But it might be a sleeper bomb within the NEO Limited format. A four-drop with 2/3 base stats isn’t great. It has the keyword Reach to make up for those weak stats, which is important within a meta relying on creatures with Flying to activate Ninjutsu costs. And it deals two damage as an enter the battlefield effect.

As an added bonus, and likely the reason why Twinshot Archer will succeed within the NEO Limited format, the Artifact creature has a Channel cost of 1R—dealing two damage to any target. Channel is a returning mechanic that provides an effect upon paying a mana cost and discarding the card with the mechanic.

Dealing two damage to any target in Limited can win a close game or clear the path for attackers during the early game. Add in Twinshot Sniper’s Reach ability and the archer has a solid amount of value for a four-drop creature.

You can test out the worthiness of Twinshot Sniper with the digital release of NEO on Feb. 10 and at prerelease on Feb. 11.