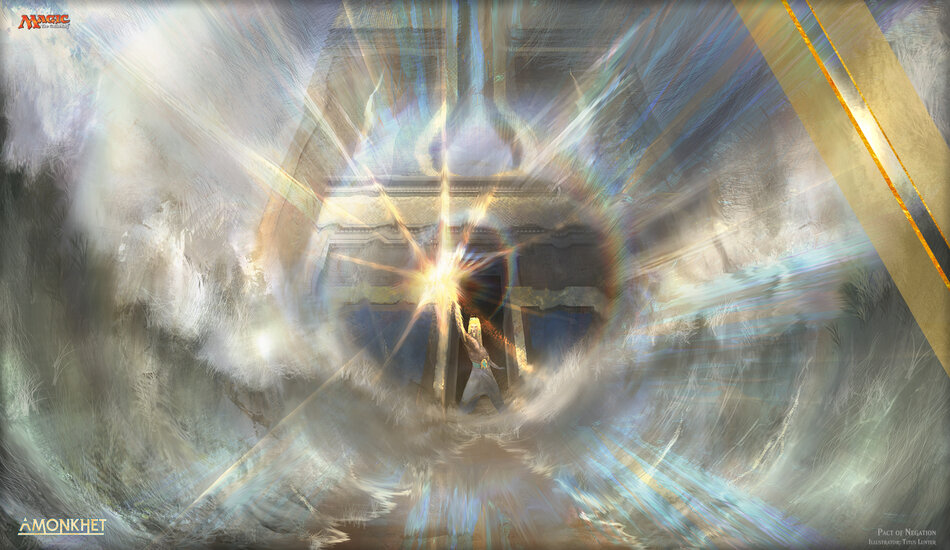 Over 300 Amonkhet Remastered cards are getting uploaded to MTG Arena today. But issues with best-of-three Historic Constructed are preventing players from competing in that mode.

Maintenance for MTG Arena Patch 1.11 began around 10am CT today. Features included with the Amonkhet Remastered set are already working, such as purchasing booster packs, despite ongoing maintenance and no release of the patch notes at time of writing. Once the cards go live, game modes are typically accessible and functional. But best-of-three in Constructed Historic wasn’t, leading to a response from WotC that the issue is being worked on.

Amonkhet Remastered is a set that will combine reprinted cards from Amonkhet and Hour of Devastation in MTG Arena. The set greatly expands the Historic format while also preparing for the addition of Pioneer. Cards from outside the Amonkhet block, such as Collected Company, Hornet Queen, Wrath of God, and Rest in Peace, are also being included in the remastered set.

These additional cards were added to the Amonkhet Remastered set as an extra bonus in anticipation of a Pioneer format within MTG Arena, arriving later this year with Pioneer Masters.

Players can purchase booster packs of Amonkhet Remastered in the MTG Arena store while also playing Limited events and best-of-one Constructed in the Historic format, despite ongoing maintenance and the current best-of-three issues.