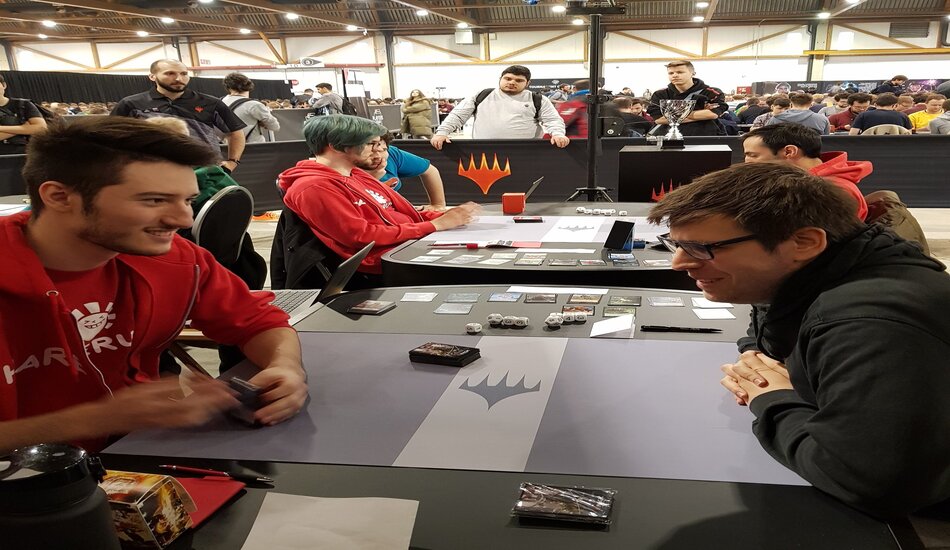 Magic esports has continued to thrive via MTG Arena and MTGO events during the COVID-19 pandemic, but many tabletop players are wondering what the future of Magic esports will look like for the rest of 2020. Ben Drago and Bear Watson of the MTG esports team provided a rough outline today on MTG Weekly.

Unable to answer many of the chat’s questions directly, Drago and Watson confirmed that news concerning canceled and rescheduled tabletop events, along with Players Tour details and earned invites, will be disclosed mid-May. The esports team also noted that discussions with MPL and Rivals players began this week, discussing possible outcomes for the future.

It was also mentioned the esports team is planning to move in a direction toward smaller tournaments first before attempting to return to the “old normal,” according to Watson. In regards to smaller events, Dot Esports asked the esports team if there is a plan in place to deal with social distancing regulations as stay-at-home orders are being lifted.

No specific details were mentioned but Drago did reiterate that as restrictions are lifted, players are more likely to see small tournaments with only a couple of dozen competitors as opposed to events like MagicFest GP, which would have several hundred.

“We want people to choose to do what they feel is safe, said Drago. We want to be respectful of players that are concerned with gathering and not have them feel like they are forced to.”

Short-term plans are taking precedent over long-term goals for Magic esports. The team said they want a plan that is “flexible enough to adapt to the new normal” and to have the flexibility to “slot in regional events” when acceptable and safe.

Bear and Drago said the Magic Online events via MTG Arena may remain online once tabletop tournaments resume if interest in them remains.

The Magic esports team is working on a way to stream the matches, according to Bear, and MPL Weekly should return at some point in the future.

Additional details regarding the future of Magic esports will become available sometime in mid-May.