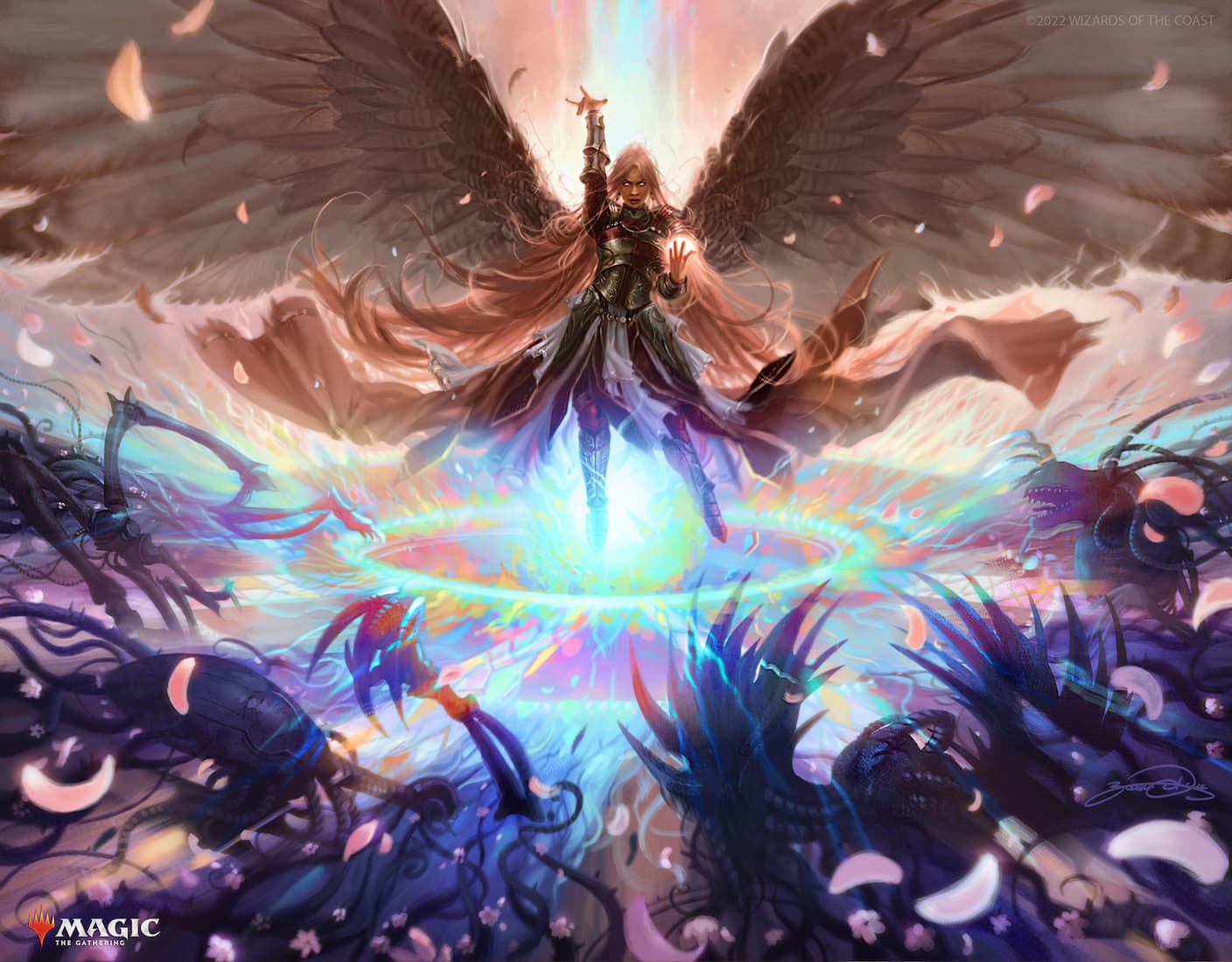 Phyrexians have invaded the plane of Dominaria in Magic: The Gathering and the Loading Ready Run team is ready to break down Limited Sealed for Dominaria United with special guests.

The pre-release events for Dominaria United (DMU), scheduled to take place from Sept. 2 to 8, will mark the beginning of a year-long war that starts on the plane of Dominaria and will extend throughout the entire Magic Multiverse. Tackling new Standard-legal sets and showcasing hours of Limited Sealed gameplay, Loading Ready Run will dive into Dominaria United on Aug. 27 at 12pm CT on Twitch.

Special guests playing with the Loading Ready Run team during the DMU Pre-Prerelease stream include Voxy, Jorbs, and Alan from Mental Misplay. Each of the guests brings their own Magic experiences to the table, from MTG Arena to Commander.

The Pre-Prerelease stream takes place a day after the final DMU spoilers will be revealed. There are a total of 10 main Limited Draft archetypes within the new Standard-legal set, along with a secret 11th, according to principle game designer Gavin Verhey.

New mechanics like Enlist may have an impact on the Limited Sealed format, but it’s likely that returning ones like Kicker and Domain will shape the DMU Limited meta instead. Players will also see sagas played with the new Read Ahead option and maybe the occasional Phyrexian Defiler.

Fans and players can watch all the Dominaria United Pre-Prerelease action unfold starting at 12pm CT on Twitch.