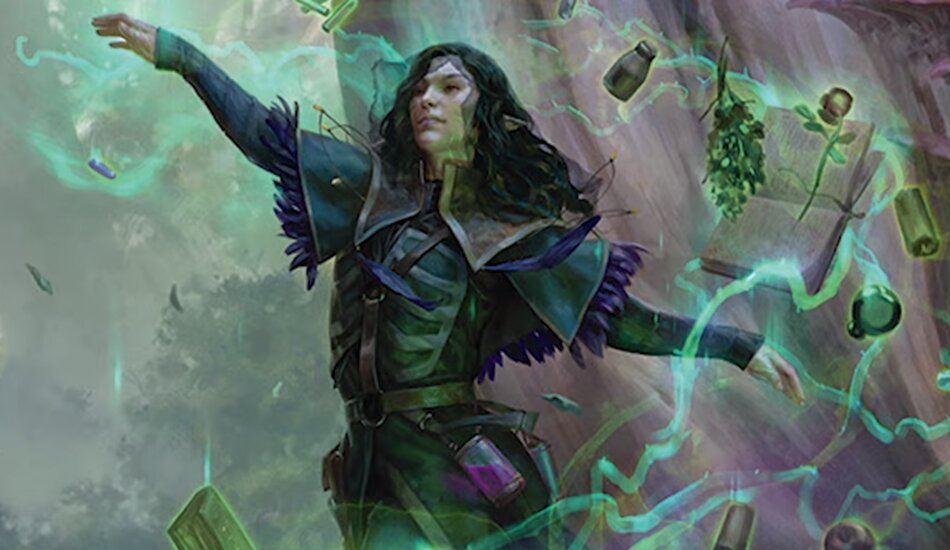 Each of the five rare cards have two different costs that can be used to cast them.

Along with having a normal mana cost, all five cards have a slightly less mana-intensive cost to them. But those lessened costs come with a twist.

If a player casts one of these spells for its discounted price, their opponents also get to benefit from them in some way.

While giving your opponent any sort of choice is typically ill-advised, the flexibility that these Mastery cards have gives them added playability.

Here are all five of the monocolored Mastery spells in Strixhaven: School of Mages.

Costing six mana, four of which have to be White, this spell can wipe the board of all nonland cards, making it valuable in any format.

If you’re looking to play this in a Limited setting, you’ll likely want to be conservative with the colors that you use because you’ll need to have four White lands to play it.

Its reduced cost is situational and should only be used as a last resort. For only four mana, the board wipe lets your opponent effectively save two permanents by returning them to their hand.

While Ingenious Mastery isn’t nearly as powerful as Devastating Mastery, it’s lessened cost doesn’t help out your opponent as much.

You still won’t want to cast this for its reduced cost of just three mana, but if you’re in full-on top-deck mode digging for answers, this card is a great way to give yourself the fuel you need late in a game of Limited.

It likely won’t see play in other formats, but in Sealed or Draft, this late-game card advantage spell could win you some games.

It’s always a sound plan to get any removal you have the chance to get. And for four mana, Baleful Mastery also plays around abilities like “Indestructible.”

Again, you’ll likely want to avoid playing it for its two-mana cost because your opponent drawing a card won’t be worth the two mana you save in most circumstances.

But even without that, Baleful Mastery is a strong enough removal card to be an early pick in any draft and it’ll almost always get a spot in any Sealed deck.

Costing five mana, Fervent Mastery is easily the weakest card in this cycle.

The card fails to give you any sort of card advantage and being forced to discard three cards at random completely negates any benefit you gain from tutoring for three cards in the first place. If you see this card in a draft, run from it as fast as you can.

Verdant Mastery has a relatively high cost of six mana. But for many Green decks, fishing for lands and ramping is how you win games.

In a Limited format, Verdant Mastery will help you decrease the likelihood that you repeatedly draw lands in late-game situations by fishing them out of your deck relatively early.

You definitely shouldn’t play this card for its reduced cost, but it could find a spot in some Green decks in a Limited format depending on how strong your pool of cards is. It’s not an ideal card, but it has some playability.