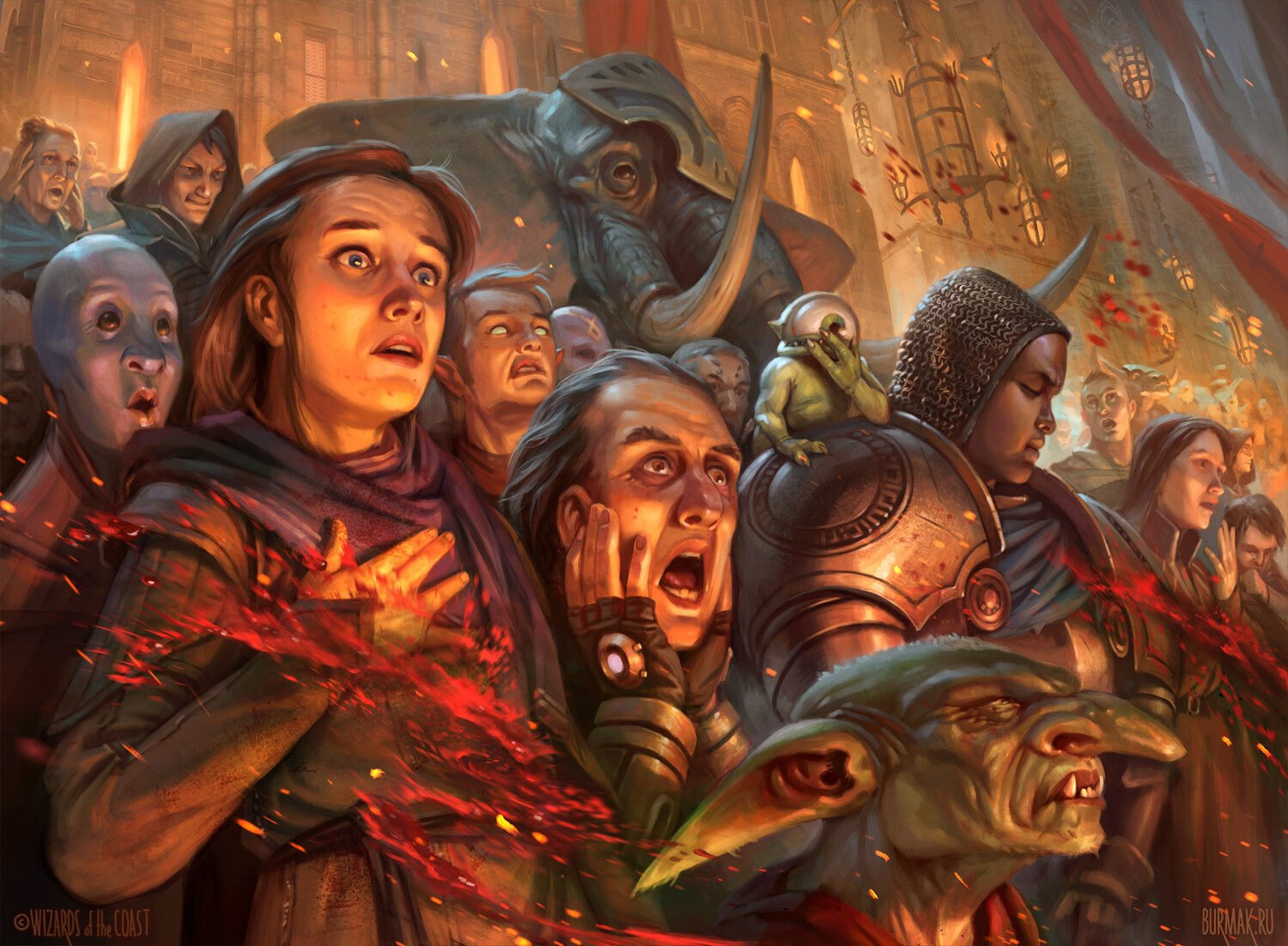 This year was a big one for the pro Magic: The Gathering scene, introducing a new digital platform in Arena, the Magic Pro League, and significant pro scene changes. In response, the pros put up some major plays over the past 12 months, showcasing some of the best strategies in the game.

Before we send 2019 off, here are the top pro Magic plays from the year.

As a removal spell, Casualties of War has arguably the most raw power in the current Standard format. And there’s no clearer display of the spell’s devastating effect than what we saw in round seven of Mythic Championship VI back in November.

In a Sultai Food mirror match between Brad Nelson and Mats Törnros, Nelson got out to an early lead and had to decide between getting aggressive or saving Casualties for a Törnros Nissa. Nelson went all in on aggression, wiping out half of his opponent’s permanents, and Törnros was forced to pray for a top-deck land that never came. Check out the full match here.

The Mythic Invitational in March served as Magic‘s first million-dollar tournament, but it also featured one of the least spectator friendly matchups possible. In the top 16 lower bracket, Matt Nass and Seth Manfield met in an Esper Control mirror match.

Now, the win condition in the mirror basically involves using Teferi, Hero of Dominaria’s ultimate ability to get an emblem, then rotating Teferi through your deck using his second ability to stall out the game until your opponent decks themselves or runs out of permanents. This incredibly tedious strategy was unfortunately the go-to for many top players at the time and, once initiated, was largely considered unbeatable.

Cue Nass. In the final game, with Manfield well into the lockout and rotating his Teferi back into his deck, Nass managed to land a Mastermind’s Acquisition–Unmoored Ego combo with Manfield’s shields down and Teferi in hand. As Unmoored Ego forces its victim to draw cards, Manfield had no choice but to draw out his deck, giving Nass an unexpected win. Check it here.

Mythic Championship V was the first to feature the oppressive planeswalker Oko, Thief of Crowns, but day two saw another card unexpectedly make a splash with a little help from long-time pro Stanislav Cifka.

With the second day well underway, Cifka’s Bant Ramp deck got a rematch against Chris Kvartek and his Simic Food in round 10. Facing down an early Nissa, Cifka navigated a perfect line to steal a land, remove Kvartek’s Paradise Druid, and get a clean attack on Nissa. Watch the whole match here to see it in all its glory.

Cifka begins his turn by tapping his Paradise Druid to cast his own Nissa (leaving white mana open). Then, he trades his Druid for Kvartek’s animated land and uses the land for a free attack on the enemy planeswalker. Finally, he uses his white source (conveniently also a Forest) and the stolen Island to cast Deputy of Detention, which exiles both Druids from the game.

This play only works with the specific lands left open (and with Cifka’s careful manual tapping). It figures Cifka would go on to finish top eight with his brain working overtime.

MCV saw another epic matchup in its lower bracket finals, although this one was between Andrea Mengucci and Jean-Emmanuel Depraz. In the first game of this Bant vs. Bant matchup, Mengucci got out to a significant lead but was stumbling over his lands. Still, by about 10 minutes into the match, he had whittled Depraz’s life down to a single point.

Then—disaster. Depraz managed to top-deck the perfect card for the situation: Agent of Treachery. Depraz pulled off the ultimate heist, nabbing Mengucci’s fully loaded Nissa and immediately used her ultimate. This meant four more Forests hit the table for Depraz, which triggered his Field of the Dead to bring four 2/2 Zombies along for the ride.

Facing an opponent with sudden board stability and all the lands in the world, Mengucci needed to close the game immediately and managed just that. Thanks to his own perfect top deck (an untapped land), Mengucci was able to play out his Deputy of Detention to clear away the Zombies, then use his Oko to swap his now-tapped Forest for Depraz’s last blocker, clearing the way to victory. Watch the play-by-play in full right here.

Among all these great plays, it’s hard to name the best. But Matias Leveratto’s epic scramble to find Nexus of Fate in Mythic Championship III’s grand finals is likely to remain on the minds of many fans of the pro scene for years to come.

The Simic Nexus combo deck is simple enough to understand on face value: Nexus of Fate is a repeated “take another turn” spell, and with enough card search (and a thin enough deck), you can loop them infinitely until you find a win condition.

But against Brad Nelson’s hard-hitting Esper Hero deck, Leveratto needed to rush towards a Nexus Loop as fast as possible—a task made even more difficult by the many tempo plays in Nelson’s lineup. By the second game of the second best-of-three in the grand finals, Leveratto had already lost three times in a row and was one turn away from handing the championship over to Nelson.

Leveratto’s only survival play was to find and cast Nexus of Fate. After failing to top deck it, he kept digging. And digging. And digging. He had to go through a total of sixteen cards to find the answer, but his persistence finally paid off. Leveratto would go on to take the final game and walk home with a championship under his belt. See the full series here.