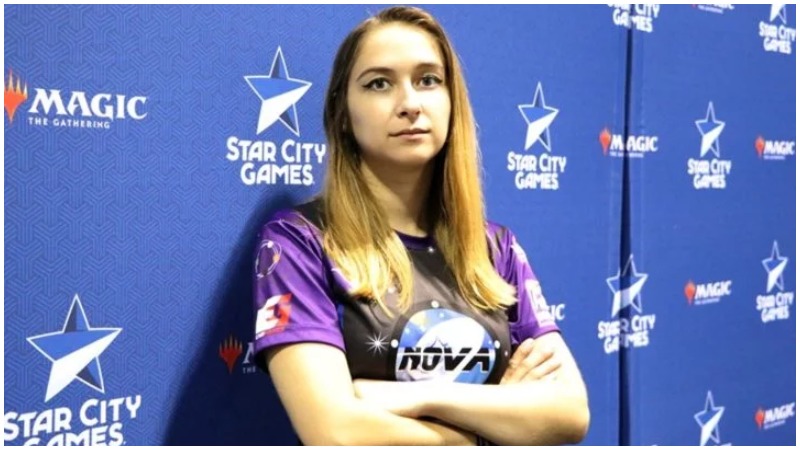 The Challenger field at Mythic Championship VII is loaded with talent, consisting of the best Magic: The Gathering pros of all time, along with up-and-coming stars.

The final major tournament of 2019 takes place on Dec. 6 to 8 with a total prize pool of $750,000 and enough Mythic Points to change a Magic pro’s life. Challengers at Arena Mythic Championships are added to the player pool in one of three ways:

Of the top-16 players who earned seats at Mythic Championship VII via the Arena MCQs, Kvartek is a relatively new Magic pro who’s been making a name for himself this year. He finished ranked 11 at the MCQ, playing a Golgari Adventure deck when just about everyone else was playing Food decks with Oko, Thief of Crowns.

Kvartek has garnered a reputation of taking what others consider “average” decks and making them look amazing in competition. And he’ll likely do it again at MCVII. Kvartek is ranked fifth among the Challengers in Mythic Points. Depending on how well he performs, the young college student could earn a seat in either the MPL or Rivals League next season.

Czech roommates Ondřej Stráský and Stanislav “StanCifka” Cifka are having an amazing year in Magic as well. Stráský is ranked second in Challenger Mythic Points heading into MCVII and has a good shot at earning a guaranteed seat in the MPL for 2020. And despite his roommate’s laid back approach to Magic this year, Cifka qualified via an MCQ to play at Mythic Championship V and finished fifth overall.

Stráský just won Mythic Championship VI (tabletop) and qualified for MCVII. Cifka is playing due to a performance invite because of his standings at MCV. Both players are notorious for crafting decks that other players won’t expect. But at a Mythic Championship with open decklists, it’s a hard thing to pull off.

That doesn’t mean the Czech roommates plan on bringing boring decks to MCVII, either. Expect the unexpected and keep a close eye on these two top-notch Magic players.

Stephen “crokeyz” Croke and Ronald “PrediMTG” Müller are two Magic streamers who have made a name for themselves in 2019. Both have had solid performances at Arena Fandom Legends tournaments and Müller finished in the top-eight during the most recent Twitch Rivals tournament.

Corkeyz, on the other hand, has only been playing Magic for a year.

Finishing in fourth place at MCV, Gabriel Nassif and his infamous yellow hat are ranked 10th in Mythic Points as a Challenger. The longtime Magic pro has been playing since 2000 and has earned numerous accolades over the years.

Nassif is known for taking his time during matches, even on what others might consider a simple move. But don’t count him out because of that. Yellowhat’s methodical methods are what win him matches.

Nassif won’t likely catch Stráský in Mythic Points for that guaranteed seat into the MPL next season, but he’ll make it into the Rivals League as long as he performs well. And from there, the yellow hat pro will have another chance at one of those illustrious MPL seats.

Warfield is a consistent Magic competitor on the Star City Games tour and a part of Team Nova. She earned her first Mythic Championship seat at MCVI by placing in the top-four at an MCQ and is playing at MCVII off a discretionary invite. Warfield might not be a household name yet, but she will be in the future.

In addition to her dedication to Magic, Warfield is also earning a Masters degree in school counselling. And she co-hosts The Playset Podcast with Jess Estephan, Emma Handy, and Emily Carrick.

With the kind of dedication Warfield has, it’d be wise to watch what she does at MCVII closely.

Coverage of Mythic Championship VII, played in MTG Arena, begins Dec. 6. The winner takes home $100,000 and a guaranteed seat at the Magic World Championship in 2020.