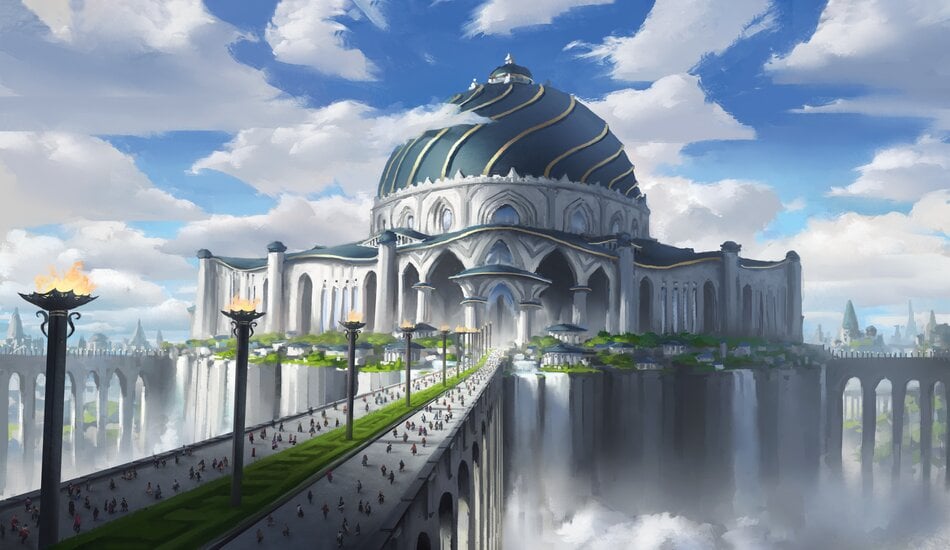 Magic: The Gathering’s latest set, Strixhaven: School of Mages, introduced a couple of new educationally themed mechanics with “Lesson” spells and permanents that can “Learn.”

Lesson spells are normal instant or sorcery spells. But when a player uses the Learn mechanic, they can pull Lesson spells from out of the game and put them in their hand.

There are 20 Lesson spells in the set with varying degrees of power and each draft archetype has an equal number of Lessons.

Though the set primarily revolves around synergies within the five enemy two-color combinations, there are five rare Lessons in the set that are each monocolored.

Because of their rarity, you may not get a second chance to pick one of these up in a draft. That means it’s best that you familiarize yourself with them so you don’t potentially miss out.

Here are the five rare Lesson cards in MTG’s Strixhaven: School of Mages.

If you’re used to bad luck with drawing too many lands, Basic Conjuration will help you fish for a creature late in games and give you a little bit of life as well.

While you shouldn’t put a high priority on getting this card early in a draft, it’s worth taking it later on. This card has more well-rounded utility compared to most of the other rare Lesson cards.

Illuminate History is probably one of the better rare Lesson cards even though it costs four mana to cast. In an end-game situation, this will let you refuel your hand if you get unlucky draws and give you a 3/2 creature on the battlefield.

Meanwhile, discarding cards could give you some synergy with Lorehold cards that are predicated around graveyard play with spells.

Confront the Past is not especially useful in Draft. You’ll only want it if you’re lucky enough to pull a Planeswalker. But considering all Planeswalkers are of Mythic rarity, there aren’t too many times you’ll be able to use this card.

If you’re late in a draft and this card falls in your lap, it might be worth taking as a way to kill someone else’s Planeswalker. But it’d only take up a spot in your sideboard. Only draft this card if you don’t have anything else that’s playable in your pack.

As a highly situational card, it’s a good thing Teaching of the Archaics is a Lesson. We wouldn’t recommend putting a high priority on drafting it because of how niche it is.

But if you find yourself losing the card advantage game, it could come up clutch for you in a pinch.

This two-mana White spell is as thematic as it is effective for its cost. The sorcery is especially powerful when it comes to preventing any sort of combat tricks that an opponent might have in a critical late-game moment.

Meanwhile, as a Lesson card, you should be able to have it in your hand during the most important parts of the game if you have the right Learn cards to fish it out of your sideboard.