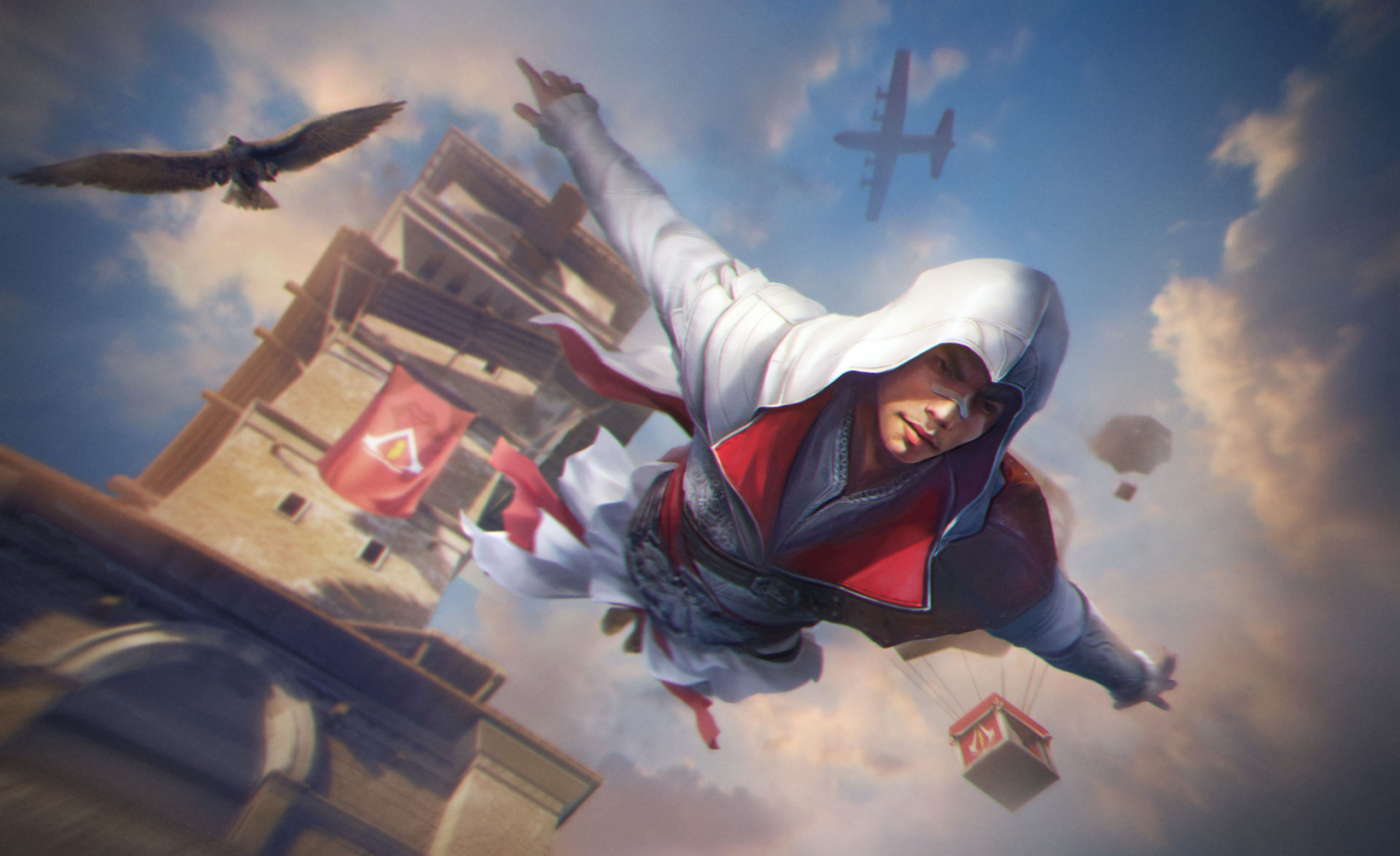 Free Fire’s anticipated cross-over with the popular action role-playing game Assassin’s Creed is finally here. A lot of new content has arrived into the game as a part of this collaboration.

The biggest change as a part of this crossover is the addition of the Sanctuary to the Bermuda map. It can be found on different locations of the map and offers great loot to the players daring enough to contest it.

Additionally, players can perform the signature Leap of Faith from the top of the Sanctuary. The acrobatic maneuver ensures that players land on the ground without taking any fall damage.

Garena has also released a new song as a part of the collaboration with Assassin’s Creed. Titled ‘The Creed of Fire,’ the company described it as a combination of the core melodies of both games. It has been performed by a symphony orchestra and can be heard on YouTube.

Free Fire has been known for huge collaborations to offer its players exciting new content throughout the year.

Earlier this week, Free Fire announced one of its biggest partnerships yet as it revealed South Korean boy band BTS as its global ambassadors. The band, which consists of members Jin, Suga, J-Hope, RM, Jimin, V, and Jungkook, has millions of fans from around the world. New content from this partnership will be released towards the end of the month.