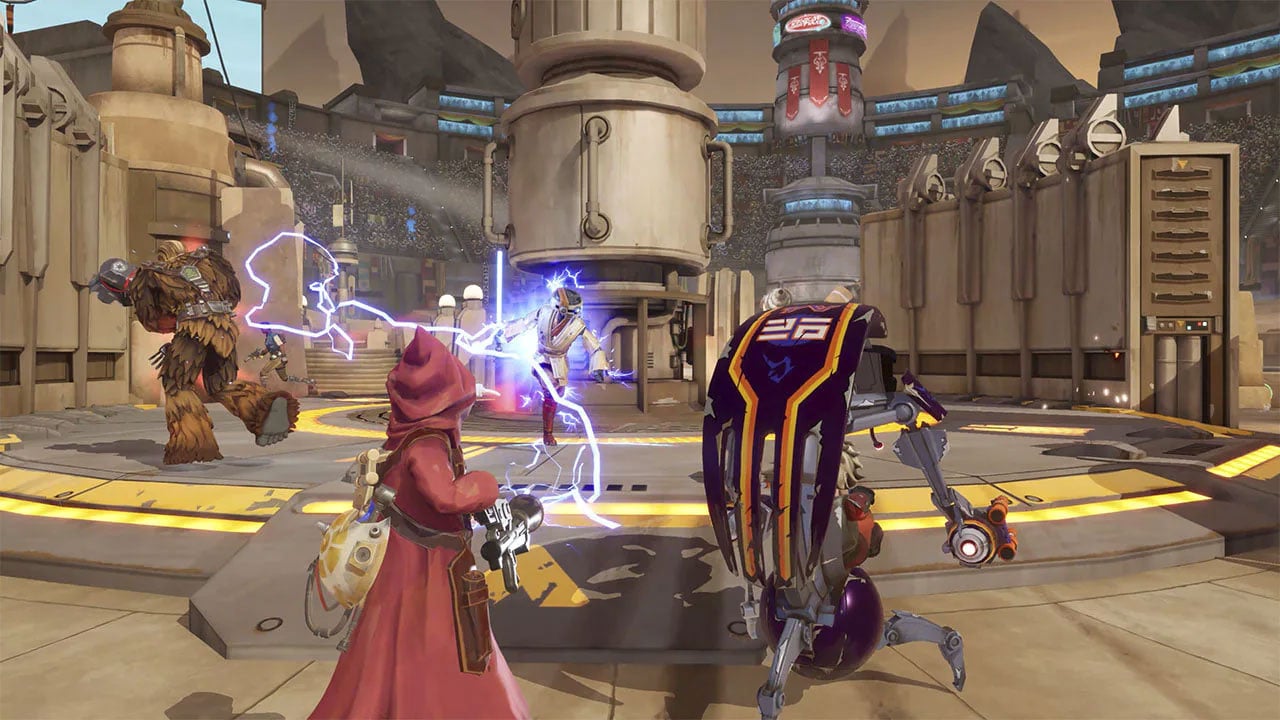 The first official gameplay trailer for the mobile multiplayer Star Wars game, Star Wars: Hunters, has been revealed by the team at Zynga today. The trailer shows some of the environments that players will compete in, as well as some of the characters’ abilities in action.

Almost all of the announced characters are shown using their abilities during the trailer, including the lightsaber-wielding droid J-3DI, the ferocious Wookiee warrior Grozz, and the Jawa duo Utooni.

Players will be able to duke it out in four-vs-four arcade arena shooter gameplay, with traditional game modes like point capture, capture the flag, and escort shown. Players will have to “use skill, tactics, and customize your character to find a winning strategy,” according to Zynga, perhaps implying customizable loadouts for characters.

Some of the arenas shown take place on different iconic plants from Star Wars, including Tatooine, Hoth, and Endor, in a way. The arenas aren’t actually set on these planets but are set up on Vespaara to mimic other plants while using holographic backgrounds to recreate the environment.

Star Wars: Hunters is set to release as a free-to-play title for Nintendo Switch and mobile devices sometime in 2022.