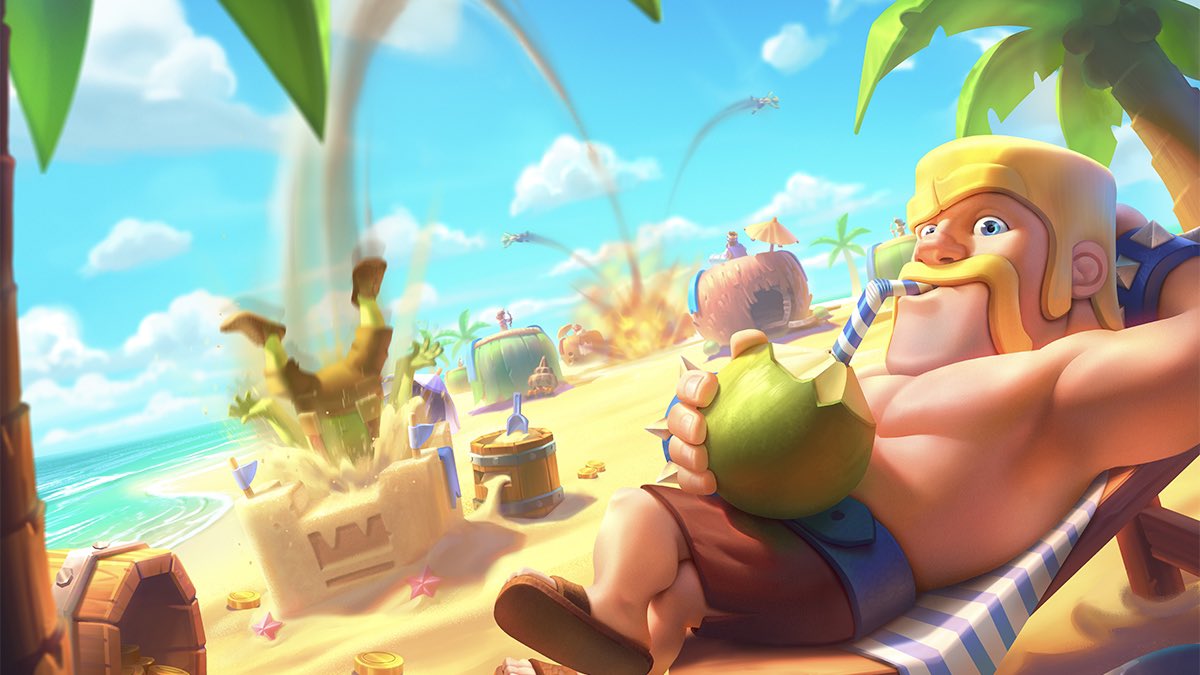 The new game modes are called The Floor is Healing and Stop the Giant!. Troops and towers heal automatically in the first mode, whereas players can use a buffed Giant card to win games in the second.

Ice Wizard is the featured card for this season. It’ll be boosted to each player’s king level for the entire season. It’s also featured in the Ice Wizard Draft Challenge, which will be available for the next three days and has a free entry.

The main focus of the balance changes for season 13 targeted the Firecracker and Skeleton Dragons with nerfs. Fisherman, on the other hand, received a buff, while Zappies got reworked.

The Beach Battle season will last around one month, ending in precisely 28 days. The Clan Wars Two event will join the game at the end of the season, but its official release date has yet to be revealed.