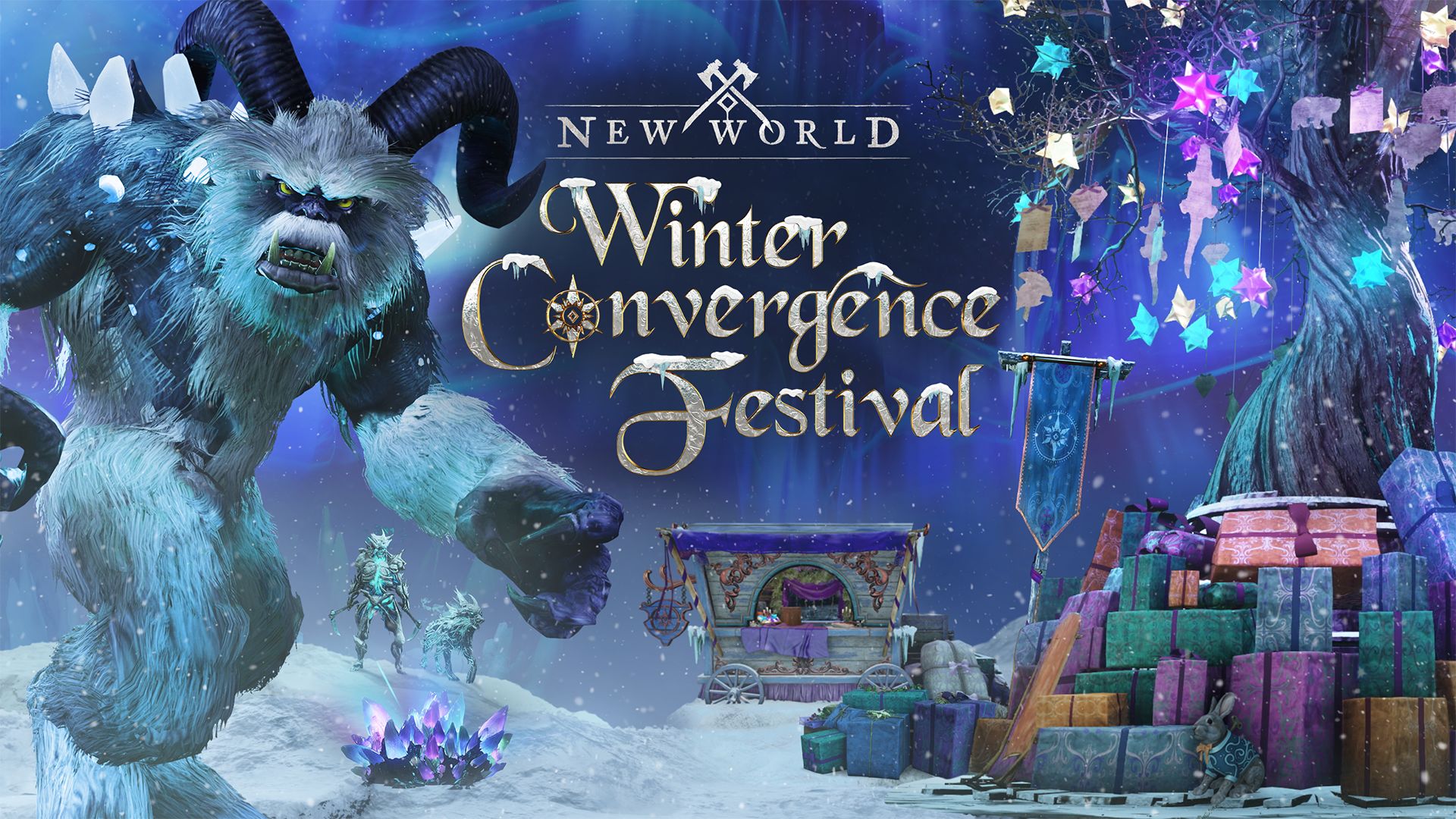 Plenty of changes and festive content is coming to the game as part of December’s major update.

New World is introducing its first holiday update, the Winter Convergence Festival, bringing a drastic change in weather to some parts of Aeternum including snowfall and the appearance of Northern Lights. Ice Caves appearing across the map will feature new foes to take on during this event. Also, around territories, you’ll find Winter Villages where you can turn in quests for festive gifts.

New territory quests to complete ensures there is plenty of reason to take part, even for non-festive players.

This event isn’t the only addition in this upcoming patch. Endgame will receive drastic changes, including new points of interest boasting tougher challenges and the chance of better loot.

High Water Mark received a name change too. Now called Expertise, you can track this from your inventory tab. A new resource, Gypsum, will be added for endgame, which can be earned via daily quests and used to forge weapons, armor, and trinkets with an Expertise buff.

All of these changes were first introduced to the PTR earlier this month, but now make their way to the live game. The update will roll out on Dec. 16, and the Winter Convergence Festival is set to run until Jan. 11, 2022. You can check out the full official patch notes here.