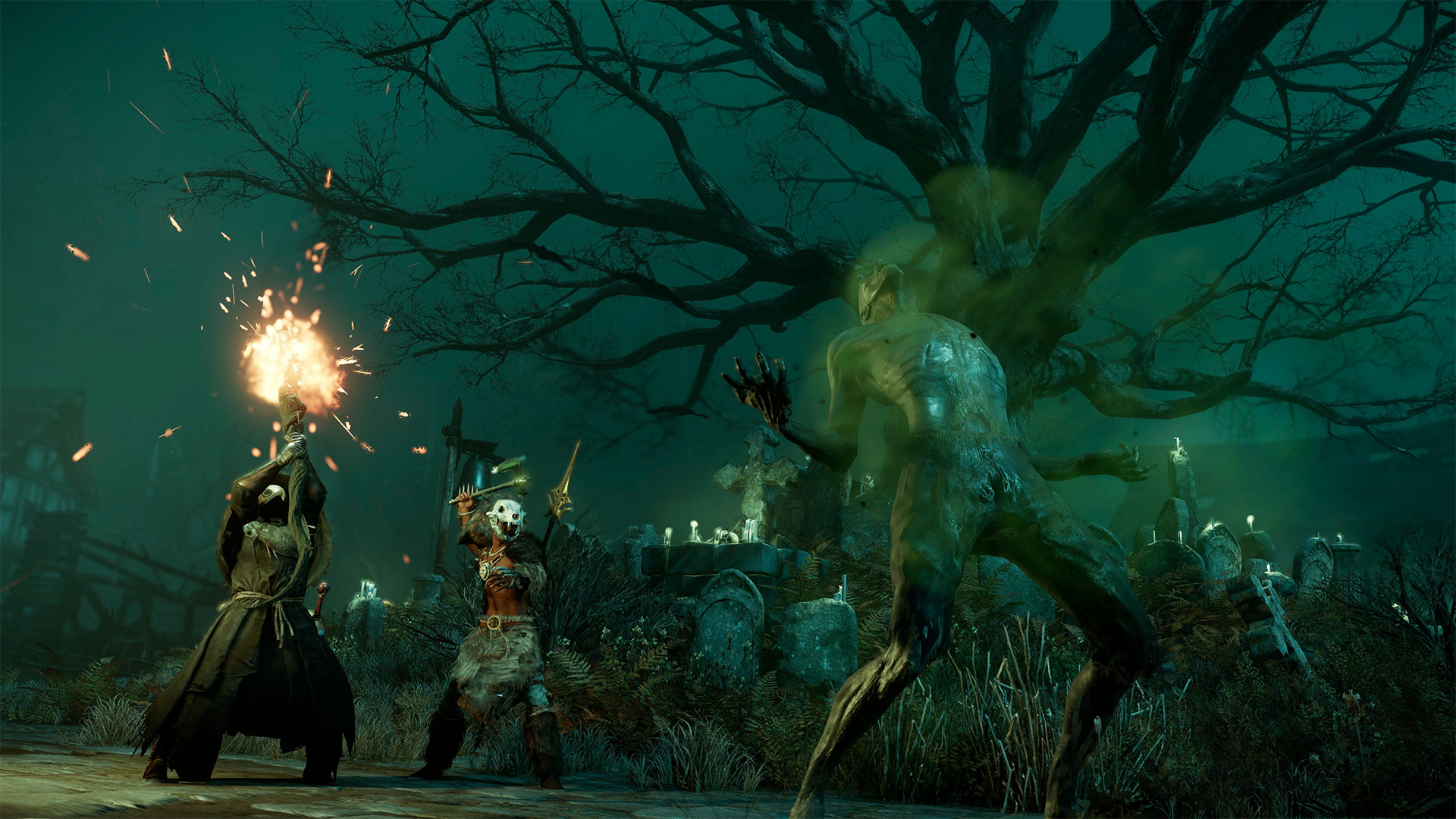 If you’ve been playing New World since its release in late September, chances are you’re starting to reach the highest level range of the game. Having a tank within your party will be indispensable in higher-level content, particularly when it comes to Expeditions. Your weapons as a tank player, as well as the attributes you decide to level up, play a crucial role in your party’s ability to take on missions successfully, as well as your chances of staying alive.

The weapons, and attributes you eventually decide to stick with ultimately depend on your personal, party, or company’s needs, but with the game’s latest updates and the direction the meta is taking, having a tank player in your party is almost an absolute necessity.

Here are the best tank builds in New World.

This has been one of the most popular tank builds since the game first came out, and it’s especially effective for PvP. Where the Sword and Shield offers a well-balanced defensive option as your primary, the Great Axe as your second will allow you to do massive amounts of damage in a short time span, which comes in handy when you’re suddenly ambushed by other PvP players. Even in PvE, this same build with a different ability mastery tree for your secondary Great Axe can prove most effective.

Constitution and Strength are an absolute must of attributes for this build. You should start with Constitution to make sure your character’s health and defense capabilities are stable, and then go for Strength. Make sure to equip Heavy Armor and spec into these two attributes to take full advantage of your weapons.

For the sword, Shield Bash, Shield Rush, and Defiant Stance are the abilities to unlock, under the Defender Mastery tree. The first two will allow you to deal 50 percent of weapon damage and knock back foes with a damage rush forward, respectively. Your third ability, Defiant Stance, will reduce incoming damage by 30 percent. Both Defiant Stance and Shield Bash will taunt nearby enemies if you have a Carnelian equipped on your sword as well.

For the great axe, unlock Charge, Reap, and Execute under the Reaper Mastery tree. Charge will deal 120 percent weapon damage, Reap will extend your Axe about 5 meters to pull enemies towards you, and Execute is a heavy attack that will deal 200 percent of your weapon’s damage, and more for targets with low health.

If you want a lightweight alternative to the sword and shield/great axe build, pairing the hatchet as your secondary weapon instead might better suit your needs. The hatchet is one of the most versatile weapons in the game, and due to its lightness, it lets you hunt down other PvP players before they get away.

Again, Strength and Constitution are the most important attributes here, and if you can get your hands on armor that will give you a threat perk, you’ll be that much tankier for it.

Again, the skill tree to master for the sword is the Defender tree. For the hatchet, your best chance is to go for the Berserker tree by unlocking Berserk, Raging Torment, and Feral Rush. Berserk is the essential skill for this weapon since it gives you increased damage for 12 seconds. Mastering that ability with On The Hunt will give you even more movement speed, which is ideal for PvP, and you’ll also need Uninterruptible Berserk if you want your attacks to be invulnerable from being interrupted. Raging Torment and Feral Rush are great skills to deal as much damage as possible. The first is a combination of four quick attacks that deal 90 percent of damage, and the latter allows you to dash forward and hit your opponent with two separate attacks dealing 115 percent, and 130 percent. Lastly, Defy Death lets you negate death for three seconds if your health reaches zero, which is helpful in a pinch.

Also known as the Disabler Tank, this build is perfect for those who want a playstyle that feels tanky and is a great option for PvE. These are two of the bulkiest, heaviest, and tankiest weapons available in New World. Combined, they offer incredible attack strength and unparalleled crowd control. The downside? The HP is only average, and it lacks in evasive and defensive abilities, so this build is best suited for skilled players that can afford to risk those two features that are essential for new MMO players.

As with most tank builds, Strength and Constitution take the center stage in terms of attributes, and Heavy Armor will be best suited for this weapon combination.

To unlock the true power of your war hammer, unlock Clear Out, Shockwave, and Path of Destiny. These abilities will play into your crowd control skills and will keep enemies affected by crowd control effects, allowing your teammates to do more damage. Due to the lower Constitution, make sure you compensate with defensive gear that will play nicely with the higher lifesteal damage of your weapons.

This build is very similar to the Sword and Shield/Great Axe tank build mentioned previously, with a slight change in the secondary weapon. Although the Great Axe is more versatile and the War Hammer wasn’t the strongest tank weapon when the game first came out, there is a case to be made for it as one of the top tank builds, if used correctly. The War Hammer will give you insane amounts of damage as a second weapon and will give you that tanky feel you might be looking for. Pairing it with the Sword and Shield will give you a well-rounded and balanced weapon combination that will allow you to inflict high amounts of damage while staying alive.

In this case, you need to make sure to focus all of your attribute points into Strength and Consitution. These attributes are essential for most tank builds, as they will make sure that you can stay alive in complicated situations and be the unmovable rock for your party.

As you level up each of your weapons, you’ll need to carefully decide which abilities you decide to unlock for the three available slots each weapon has.

Sword and shield is one of the most balanced, all-around effective weapons in New World, especially if you’re looking to build your character to become as tanky as the game allows. It allows for a great balance of crowd control and personal defense, which makes this weapon combination one of the most alluring, especially to new players. For this weapon, we recommend unlocking Shield Bash, Defiant Stance, and Reverse Stab. These abilities will give you the ability to stun enemies for a few seconds, reduce incoming damage, and perform a special attack that deals 175 percent of your weapon’s damage, respectively.

With the War Hammer as your secondary weapon, you’ll need to make sure to unlock Shockwave, Armor Breaker, and Path of Destiny. These abilities will allow you to inflict a high amount of damage and unlock the true potential of that weapon.