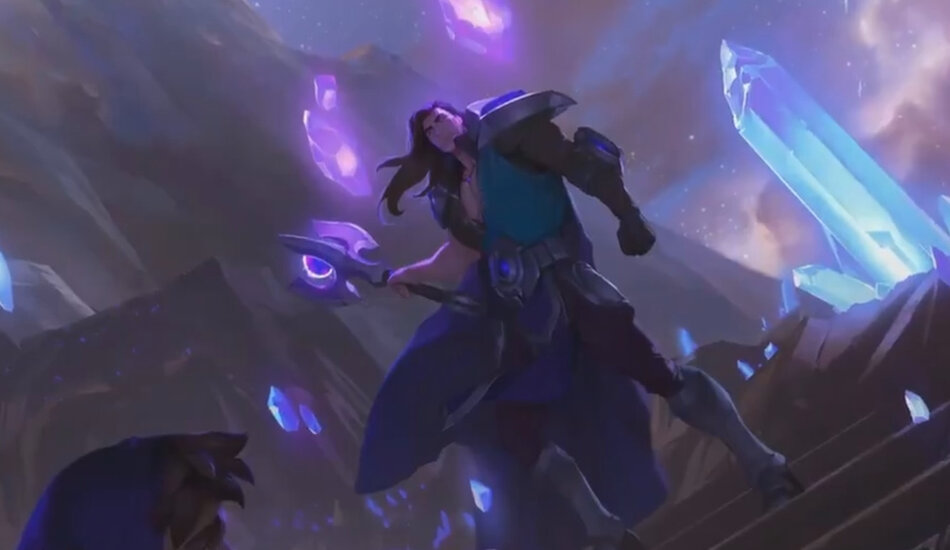 Help, Pix! and Gem are the only two Burst spells in the new Call of the Mountain set that have restrictions, according to Main. In a detailed explanation on Twitter today, Main broke down the design process behind placing a restriction on these Burst spells.

Both spell were initially designed as a way to thematically connect spells to Taric and Lulu, essentially helping them Level Up while also protecting support units. But because they were at Burst speed, the playtest team found them “terrible” to play against, according to Main, and that buffing your units during combat with the spells was often the “wrong play.”

This led to the LoR design team searching for other options, from reducing the spells to Slow speed or by adjusting the buffs applied. Options for Gem included “grant +1/+1 at the end of the round,” and “give +1/0 and Heal 1.” But neither lived up to expectations. Adjustments were also applied to Help, Pix! by making it a Slow spell, but this led to it never being cast.

Still seeking an alternative way to play the spells heading into the final design stage, the LoR team decided to apply the restrictions (Can’t be cast in combat or in response to a spell), allowing them to still be a Burst spell with Slow timing.

“It turned out we were MUCH happier with the way the cards played,” Main said. “People could feel good casting all their gems (and pix) in a single action before attacking (plus the drop in power level let us restore the bonus to grant, which is more in line for Targon’s buffs).”

Instead of applying a new keyword or spell speed, Main felt it was best to just add the restriction onto the Burst speed spells. He admits the text was “ugly” but was in full support of its functionality. With only two spells in the Call of the Mountain set containing the restrictions, the ugly text seemed like “the right option.”

“Maybe in the future, if we use this timing on more cards and players have learned to intuit the behavior, we could look at a new spell speed (or keyword), but for now we felt this was the best option,” Main said.

Players can test out the new Burst speed spell restrictions when the Call of the Mountain set is released in LoR on Aug. 26.