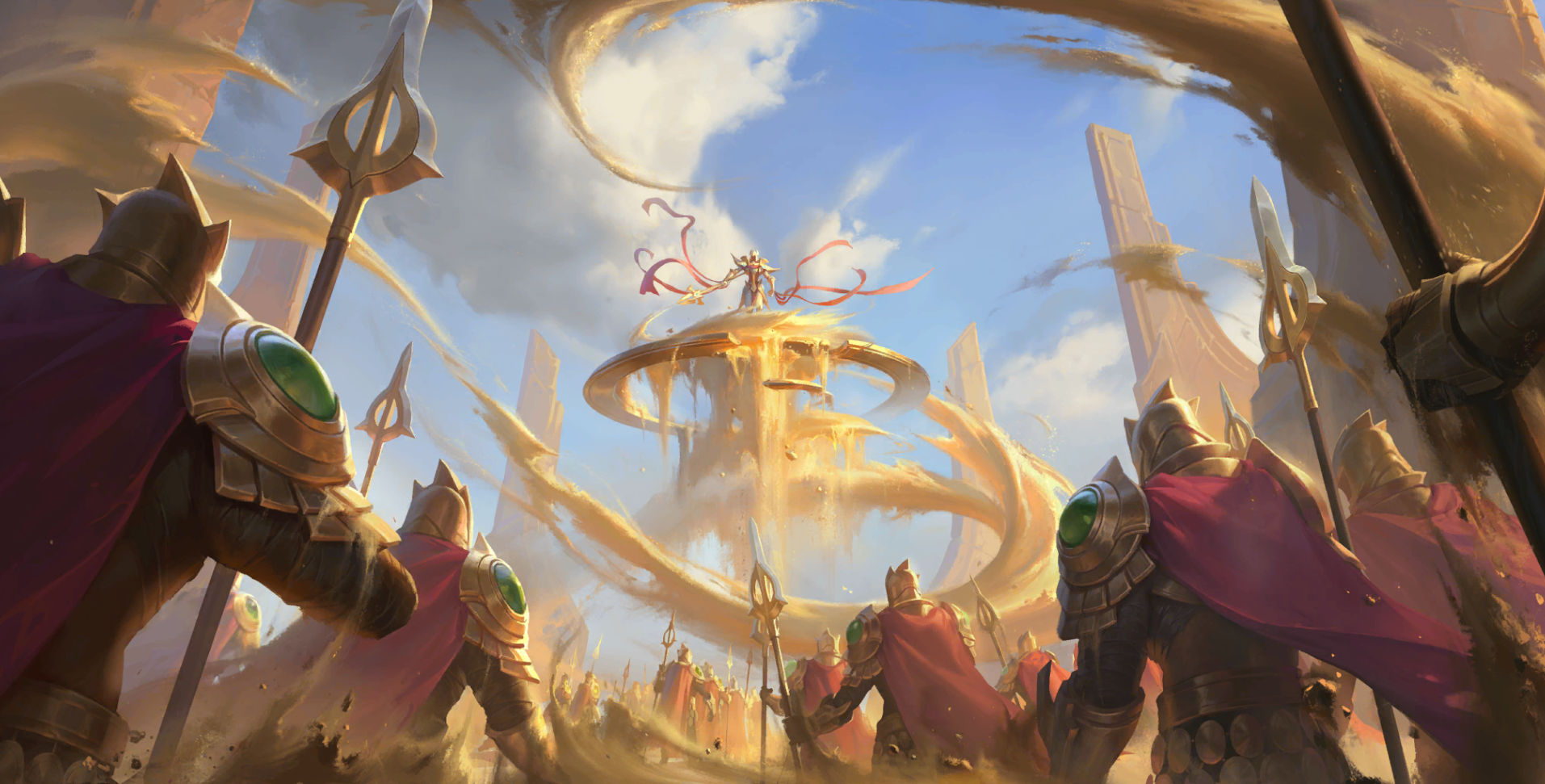 Legends of Runeterra’s next update, Patch 2.4.0, is officially dropping tomorrow.

This one is smaller compared to other patches in LoR, containing only changes to the Expedition format and bug fixes. The main highlight within both categories of changes is that the Buried Sun Disc can be offered to limited decks if your list has enough Ascended units. This allows players to reach the third level with either Azir, Renekton, and Nasus if they find multiple copies of these three champions.

For bug fixes, a popular Shuriman and Demacian list using both Cataclysm and Emperor’s Dais had players encounter an unfortunate situation. An unintended feature gave opponents a chance to deny a direct challenge of their units if they activated Cataclysm while controlling the Dais Landmark, completely nullifying the intended function.

While some players may be upset about the lack of card changes to popular top-performing lists since Empires of the Ascended’s release, this matches Riot’s recent major card change schedule that’s set for every two patches to help preserve competitive integrity.

For this patch, Riot is adding in a number of cards that were inadvertently left out of Expeditions, trimming some of the more bloated archetypes slightly, and giving Incubators more of a Predict subtheme for its Shurima half.

Terrors From the Deep