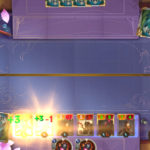 Legends of Runeterra Patch 1.6 brought the Spirit Blossom event to the game yesterday for players to enjoy. But in addition to this event, the newest Lab, Bestow, has a Spirit Blossom theme where minions pass on their stats to another random minion in your hand.

The stat-passing mechanic looks at the minion’s base stats, bonus stats, and negative stats (from effects like Frostbite) on death. This means that spawning as many fodder minions as soon as possible and then consolidating them onto keyworded minions with Overwhelm or Elusive is the key to victory.

Here are the six decks that you can pick from, in order of power level:

While Scar Tissue is an unremarkable deck compared to the other five on this list, there are a couple of ways to find success with it. A turn one Omen Hawk can let you start getting an early tempo lead by obtaining an extra +2/+2 buffs to spread around. Icevale Archer allows you to Frostbite a powerful enemy on a turn where they may attempt to kill you. This serves as a powerful counter to the strongest Ephemeral deck on this list.

Ultimately, while this deck has multiple fun tools to work with, the entire deck’s playstyle—having minions survive damage—is antithetical to the augmentation of this lab—having minions die. If you build a board that’s wide enough in the late game, a surprise Pack Mentality can definitely end the game against unsuspecting opponents.

While this list follows the playstyle of the popular Quinn and Miss Fortune lists on the ladder, this preconstructed Lab deck isn’t powerful enough when compared to the other options. It looks to beatdown the opponent with tempo and Scout to get multiple attacks in each turn. The most helpful units that do this are ones that can provide multiple bodies, like Grizzle Ranger, Island Navigator, and Quinn.

Outside of the usual strategy, Prowling Cutthroat is a powerful payoff card to receive all of the buffs since she can be Elusive and sneak past opponents in the late game after enough units have died. Sometimes, you can even cheese a win from your opponent with a large enough board by attacking twice with Relentless Pursuit.

While the sheer unit generation here isn’t as efficient as other preconstructed lists, this deck does have a massive amount of units with keywords using Overwhelm and Elusive. This deck is also powerful because it has multiple ways to Frostbite enemies both offensively and defensively. If you can manage to find a way to use your massively powered-up unit from bestows to destroy an enemy that’s Frostbitten and Vulnerable, then you can deny a bunch of stats from being passed on to future units.

If you can plan around your bestow chain accordingly, you’ll eventually end on an Overwhelm-enhanced Heart of the Fluft, Sejuani, or Scarmaiden Reaver and finish the game in one mighty punch.

This deck uses the Retribution archetype card packages from both Shadow Isle and Demacia. While the payoff cards and keywords in this preconstructed deck aren’t as powerful on average when compared to other cards on the list, the amount of synergy that requires units to die, like Vanguard Redeemer, Dawnspeakers, Kalista, and Lucian, are more powerful since you can consistently activate them.

There’s one powerful card to look out for when drawing it due to its doubling effect: Silverwing Vanguard. Since they summon an exact copy of themselves, holding onto them until they get bestowed up a massive amount can be game ending. When they die, they effectively give double bestow stats to the next set of units in your hand. And this amount of value can overwhelm an opponent over time.

This deck is the closest thing to a controlling combo deck when compared to the others. Using one mana cost synergy like Professor Von Yipp, Double Trouble, and Petty Officer, this deck seeks to summon a massive amount of tokens and buffs to pass on with the bestow mechanic.

While Monkey Idol may not be the best payoff card to receive bestows on, it’s one of the better enablers since it has the potential to pass on 6/9 worth of stats if it takes its natural course of summoning three Powder Monkeys. Devourer of the Depths can also be a game-winning card if you can either bestow it enough or hit the mass-bestowed enemy unit with its effect. The Devour skill is considered an Obliterate, which doesn’t trigger the stat-passing mechanic upon death of bestow.

If you have a Vi in your opening hand, it’s fair to consider keeping her due to the nature of bestow getting her to 10 Attack. Leveling her up is also much easier since you don’t have to play eight cards like you would with her in a natural game.

This is by far the best preconstructed deck in this Lab format, which perfectly matches the weakness of Ephemeral units (losing tempo in stats when dying after combat) and makes it a strength. Besides also having a plethora of the best keywords to combine with the bestow mechanic, Elusive, this deck has multiple ways to spawn endless units, which can further buff your permanent units like Shark Chariot and Silent Shadowblade.

Aside from being an efficient list with the amount of tokens to offer up with bestow, the payoff cards can double as potent enabling cards, like Zed. Kinkour Lifeblade is one of the most powerful cards that can be bestowed buffs in this format. With both Elusive and Lifesteal, this card can threaten to one-shot the opponent and save you and heal you back to nearly full health, preventing you from dying outside of other one shots.

True to its name, players wielding this deck will bring certain death to any opponents if they can pilot it perfectly.

Players have until LoR’s next patch to let loose and experiment with Bestow before the next Lab augmentation arrives. LoR Patch 1.7 is set to go live on Aug. 5.