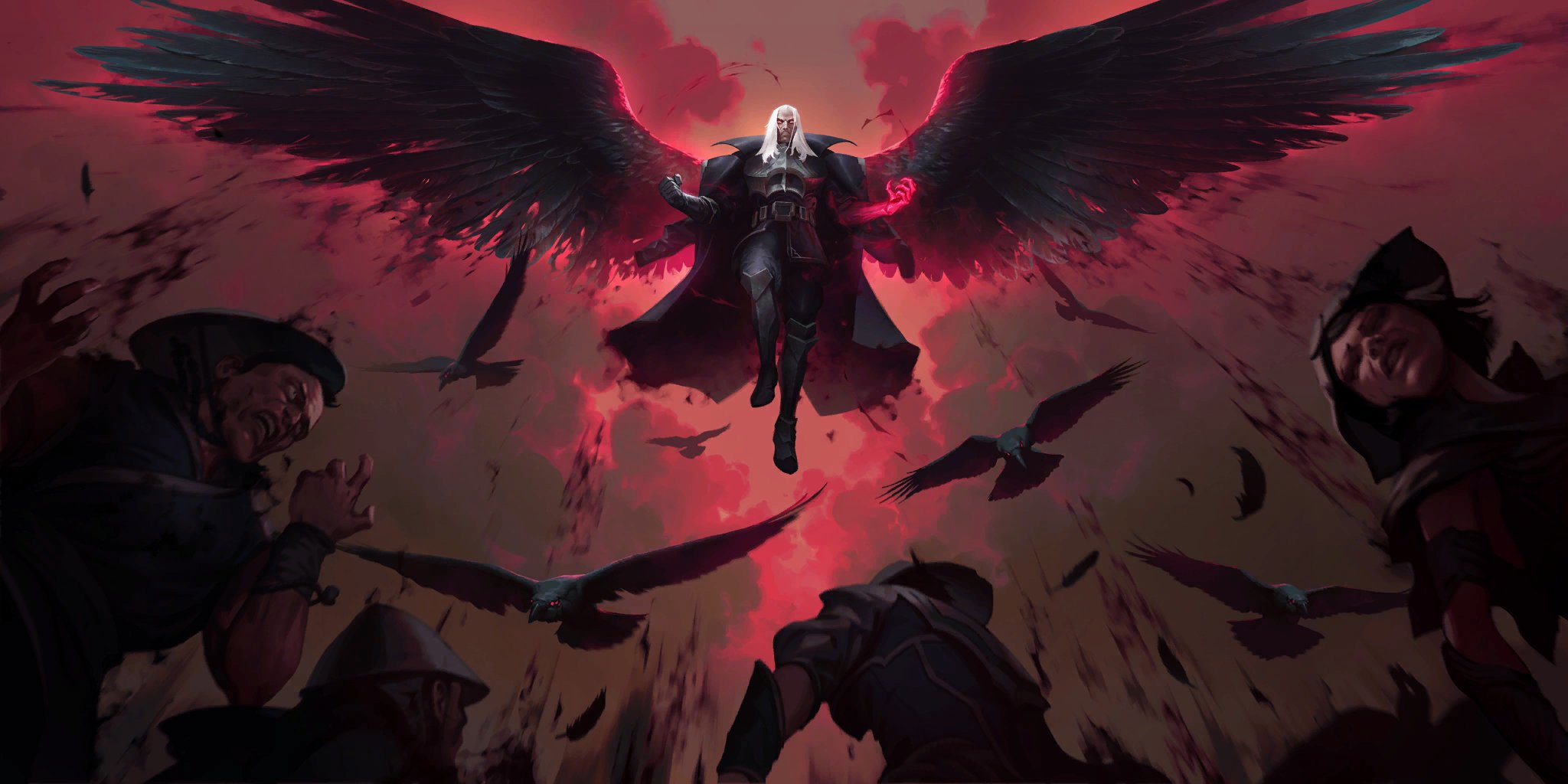 Legends of Runeterra Patch 2.0 brought a new experience for players to try in the form of teaming up through co-op in the Lab Mode. The 12th lab, United Front, allows players to either try out the newest experiment with a friend or queue up and find a random partner.

Due to the nature of the Lab, it’s best to try to approach it with a person who you know so you can coordinate properly over voice or text.

Making sense of the co-op mechanics

In this team scenario, one player covers offense by going first and on odd-numbered rounds while their teammate handles defense when the AI attacks on even-numbered turns.

Once the game begins, both players pick one champion out of four for their entire deck to be built around. Whichever champion is selected, your deck will entirely be composed of cards from that region. After selecting your champion, both players get a chance to mulligan their hand. Your selected champion is guaranteed to be in your starting hand, though.

Here’s a list of known champions that you can pick from:

Out of these picks, Zoe and Lee Sin are especially powerful since they’re both cheap and synergize well with the periodic free spells that you receive from the Nexus. Braum, Thresh, Trundle, and Quinn are all potent picks because their prebuilt decks are considerably strong. While Aurelion Sol may have the weakest deck out of the bunch due to the overall expensive mana cost of the whole list, it’s still possible to win with it assuming both players pilot their decks perfectly.

In co-op, both players control their own deck and hand. You’re free to look at your partner’s hand at any point during the match with the press of a button. One major aspect to consider when performing your turn is that mana is shared between players. So any excess mana you end your round with will help your ally on their next turn. This means it may be a good idea sometimes to end your turn with unspent mana so your teammate can use spells to help change the tide on their turn.

A major feature that’s specific to this co-op Lab is that whenever you begin your turn, you’re periodically given spells exclusive to this experiment that allow you to pass cards in your hand to your teammate. This is a vital tool to regularly use since there will be turns where you can’t play a card as soon as possible and can pass it off to your ally so they can play it on their turn. 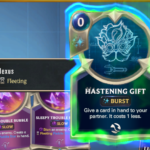 On each enemy AI’s turn, they’ll build upon their Noxus army to swing with after they spend a round developing. Once they reach turn four, they’ll summon a commander between Darius, Swain, or Draven. When the enemy champion appears, they’ll level up, providing a daunting threat for you and your ally to defeat. 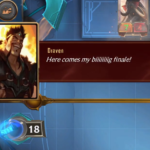 Out of the three, a leveled up Darius and Swain attacking as soon as turn four are the scariest things to go up against. With 10/6 combat stats and Overwhelm, Darius will be quick to end games over the course of a couple of turns if you and your ally can’t deal with him. Swain’s Fearsome keyword means you’ll want to have at least a couple of three-power units on your board to defend against him. If you’re unable to block a leveled up Swain, he’ll deal three damage to your Nexus and entire board, meaning you and your ally will be unable to recover against him. 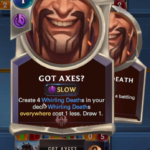 Whichever enemy champion appears, there will be three spells to play against. The first spell will shuffle four copies of the corresponding champion-based spell into the enemy AI deck and reduce the cost of every copy by one. The second spell that appears will cost five mana and synergizes with the enemy champion that appears. Out of these, Swain’s is the most deadly because if Swain is still on the board, he’ll deal two damage to the enemy Nexus three times, meaning your board will be stunned.

The final spell costs eight (or nine if Swain) mana and will quickly result in your defeat if you can’t keep the board under control. Darius’ spell is similar to Seraphine’s K/DA spell and has his board gain immense strength and Overwhelm to match the highest power unit. Swain will stun your entire board and Rally. Draven’s endgame spell is the only one that works best when the Noxian army is behind since a fresh copy of Draven is resummoned and has him strike each of your units. 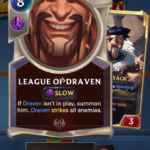 Since the Noxus army can quickly refuel its side of the board for a cheap amount of mana, fighting for board control is important to victory. This can be achieved by finding value trades in blocks and seeing which combat trick spells you and your opponent have. Trading your Nexus health at opportune moments can provide fortuitous chances to gain value later. In addition, any damage dealt to you isn’t permanent since there are opportunities to restore health in both the region decks you’re given and through the Lab-specific spells you’re provided.

While you can afford to make favorable trades to slay the Noxus followers, the same isn’t necessarily true for the champions. But making unfavorable trades to destroy the champion may help you find success due to the raw power level they provide to the army because a level two Darius, Draven, or Swain can appear sooner than usual. As the defending player, aside from the usual hand swapping Lab spells you’re provided, you’re also given combat tricks that will either give bonus stats or powerful keywords like Barrier or Lifesteal. 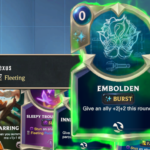 Players have until Feb. 3 to play this unique Lab experience before it’s rotated out.