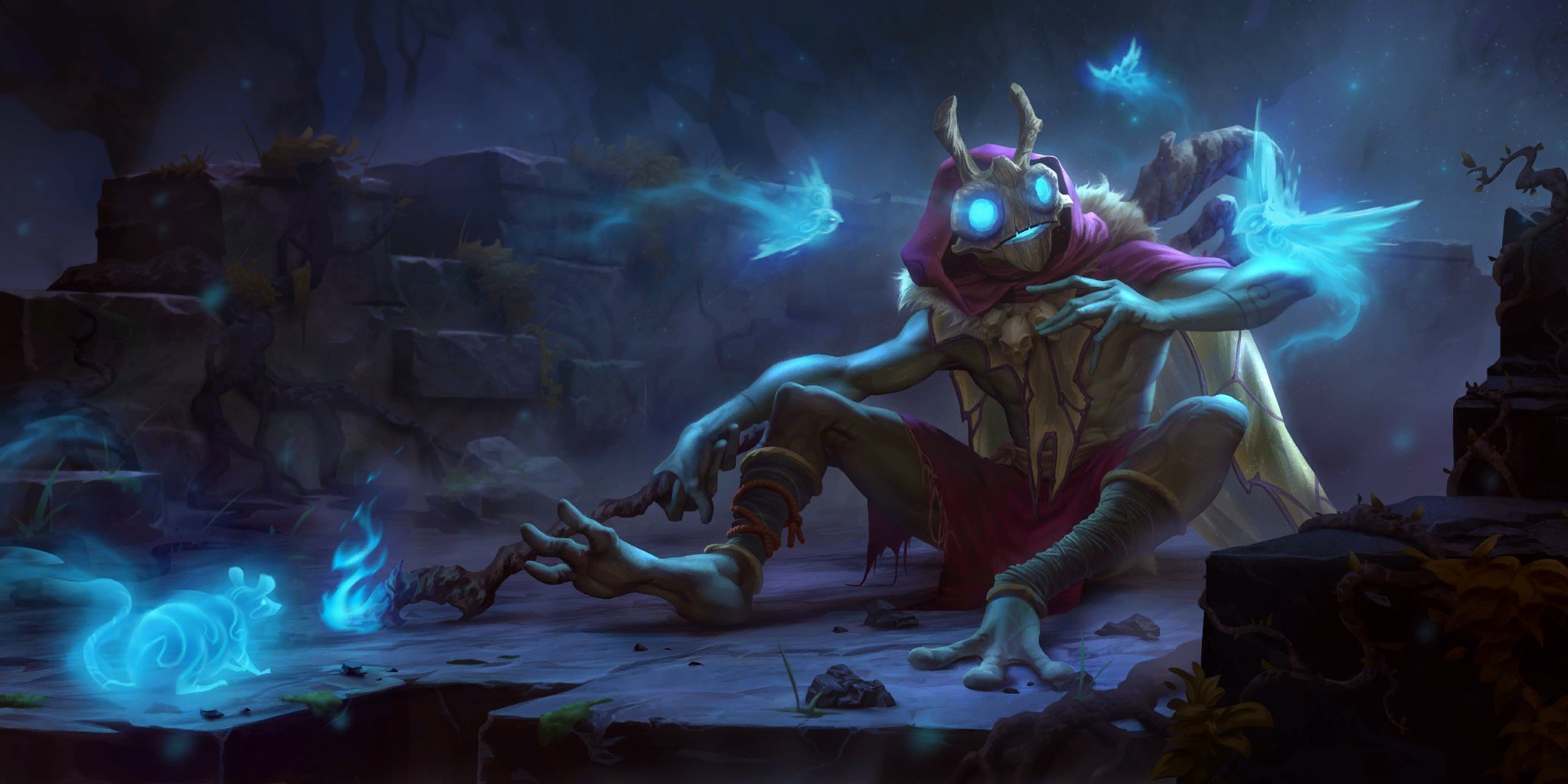 The eight new collectible cards that were introduced today from the new region of Shadow Isles include Spirit Journey, Lamb’s Respite, Spirit Leech, The Etherfiend, Fading Icon, Mask Mother, Unto Dusk, and Song of the Isles.

The cards and their abilities 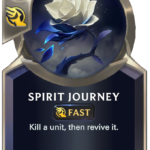 Spirit Journey is a Rare five-mana Fast spell that kills any unit and then immediately revives it. Lamb’s Respite is an Epic two-mana Slow spell that gives your weakest ally unit the ability to not die or take any form of damage for the rest of the round.

Unto Dusk is a Rare two-mana Burst spell that draws you a card. In addition, if you cast it as a Nightfall card, it will trigger an allied unit’s Nightfall ability as long as you don’t need to target other units (like The Cloven Way, Nocturne, and Cygnus The Moonstalker). Finally, Song of the Isles is a Common two-mana Burst spell that gives an ally Lifesteal, Fearsome, and Ephemeral.

In addition to being Kindred’s champion spell, Spirit Journey has a wealth of options to improve your odds at success. Besides triggering Slay and activating your Last Breath abilities, you can use Spirit Journey to protect your units from certain targeted destruction, like Falling Comet or Vengeance.

If you block with a unit and target it with Spirit Journey, whether it’s because you chose to defend with it or the card was challenged, you can protect it for that combat by resummoning the new copy. This can also be used to stop combat against an enemy unit since the attacking unit will return to the back row when Spirit Journey resummons them.

On top of everything already mentioned, if your opponent placed numerous buffs on one of their units, Spirit Journey has an extra function by being a pseudo-silence. The spell doesn’t summon an exact copy of the destroyed card but rather an entirely fresh copy of the original unit.

Lamb’s Respite is an awkward card that can guarantee protection on your weakest unit. While the effect can stall out the game temporarily, finding use for it will be awkward due to its slow speed and narrow targeting.

Comparable to Glimpse Beyond, Spirit Leech gives you a chance to trade in your weaker units to draw through your deck much more quickly. While Glimpse Beyond’s fast speed allows you to get favorable trades against your opponent’s spells while on a stack, Spirit Leech is a guaranteed way to get card draw since its ability is a non-skill Play ability.

The Etherfiend has similar play patterns to Shadow Isles’ Crumble. While the new unit can’t target enemy Landmarks with its skill, the fact that it has a sizable body gives you the ability to contest the board and threaten opponents with it.

Fading Icon is a vital card for Nasus and Kindred-style decks. While summoning a textless 0/1 unit doesn’t do much in fighting on the field, it gives you more fodder for your effects that require you to kill your allied units, like Glimpse Beyond or the recently revealed Rite of Calling.

Mask Mother provides you with a way to consolidate wider stats onto a singular card while retaining different keywords. While this effect normally leaves you more vulnerable to removal, Mask Mother helps serve as another way to guarantee more Slay triggers.

Unto Dusk is completely independent from Kindred and is more useful in Targon-styled Nightfall decks. Aside from providing you with a way to cycle through your deck, the ability to reactivate your Nightfall abilities can give more card advantage if you use it on your most powerful units.

Song of the Isles is a retooled version of Mark of the Isles. While the keywords provided give some evasion and sustain, the fact that it doesn’t give surprise bonus combat stats makes it a difficult task for this card to find a home in most decks.

You’ll get the chance to test out these cards and more when LoR: Empires of the Ascended is released on March 3.