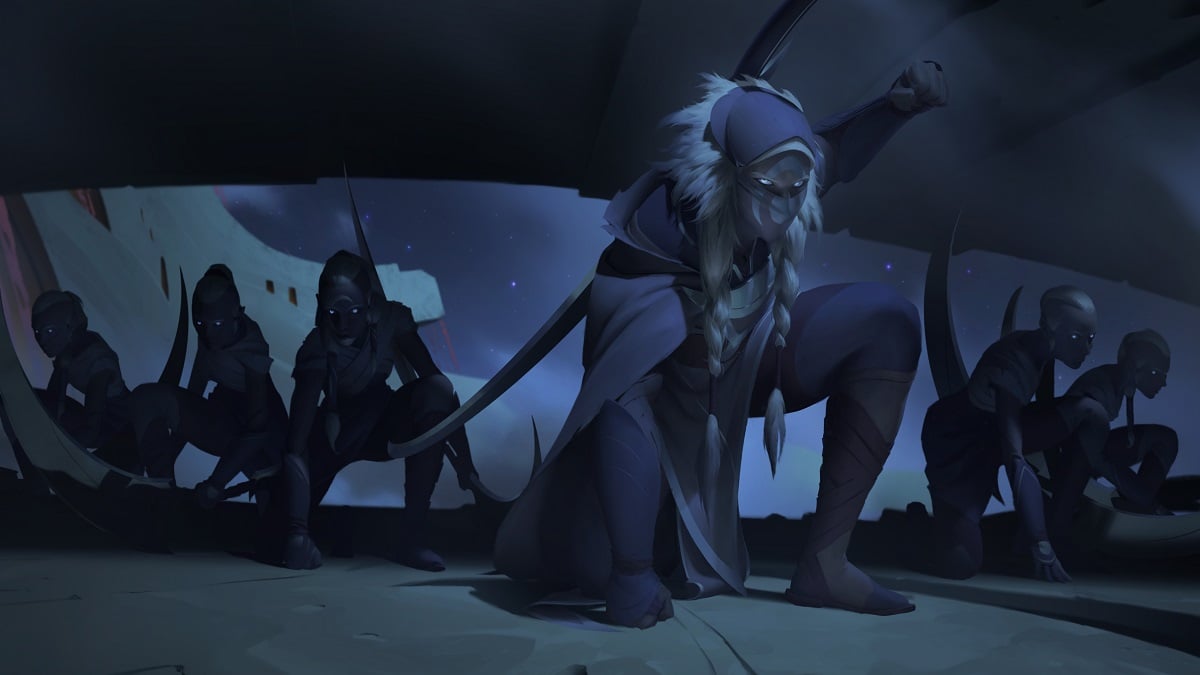 Pale Cascade is a two-mana Burst spell that grants an ally bonus +2/+1 stats for the round. It also has a Nightfall bonus effect that lets you draw a card, effectively replacing itself. Cygnus the Moonstalker is an epic six-mana unit with 4/2 in stats and a Nightfall ability that grants himself and an allied unit the Elusive keyword for the round.

Hush is a three-mana burst spell that Silences a unit for the round. It also creates a Fleeting Hush in hand, allowing multiple uses of Hush in the same round. Poro Cannon is a common zero-mana Burst from Piltover and Zaun. It has a cost of needing to discard one card from your hand to play, and its ability creates two Daring Poros in your hand. Daring Poros are the collectible one mana 1/1 unit with the Elusive Keyword.

Pale Cascade is a potent Burst spell that’s effective in combat, and while the stats it gives are average when compared to other Burst spells with a similar effect, the fact that it can cycle itself if you played a card earlier in the turn cannot be overlooked.

Cygnus the Moonstalker is a powerful aggressive tool that can serve as a finisher if you have the attack token by granting a powerful unit you control Elusive, granting it direct access to the enemy Nexus. If your opponent has a wide Elusive board, Cygnus the Moonstalker can also serve as a last-ditch effort to avoid being evaded by the opposing units by creating two Elusive units instantly.

Hush is an interesting utility card that can create an opportunity where you can nullify opposing effects and stat buffs for the turn in an instant. While the silence only lasts for the round, you can do this multiple times within your same priority, giving you a chance for multiple swings in your favor during combat. Hush can also hit champions, something that Silence effects could not do in the first set, but is a characteristic shared with the revealed Sunburst yesterday.

Poro Cannon is the odd-non Targon card in this set of cards. While it is from Piltover and Zaun, it does have hefty combo potential with the Nightfall cards. Aside from being a zero-mana burst spell, which would allow you to trigger your Nightfall cards, it also provides you two Daring Poros that can also be used as cheap Nightfall triggers during future turns.

While Hush does depict Soraka, which points towards a potential teaser that will reveal her over the next day, her silencing card does not confirm her inclusion in Call of the Mountain’s first set.

Claim all of these cards when LoR: Call of the Mountain’s first set officially releases for PC and Mobile on Aug. 26.