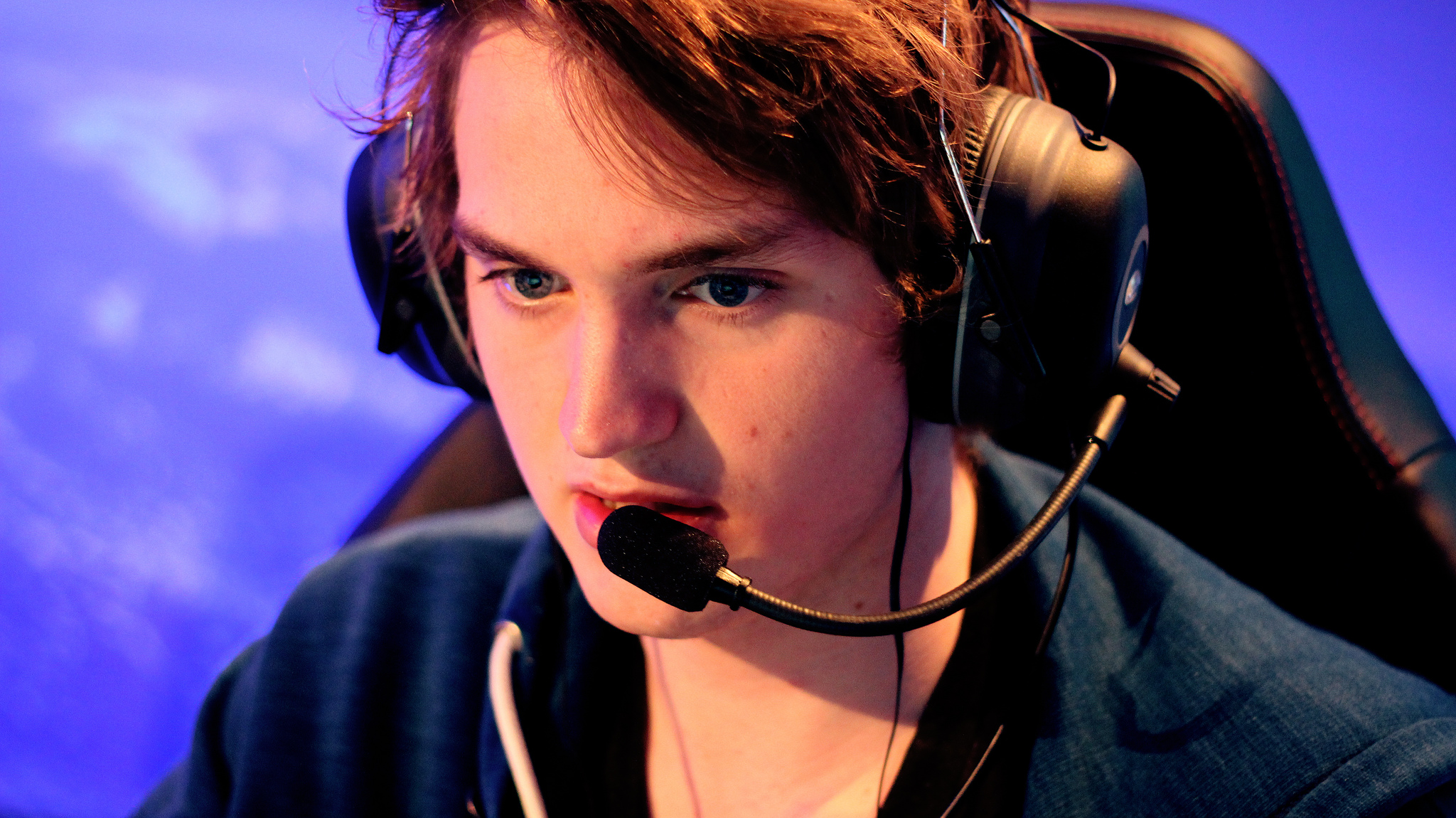 Morten ‘Zorozero‘ Rosenquist is one of the lost talents of European competitive League of Legends. The former Lemondogs and NiP Top laner’s peak came while his team was not even competing at the LCS level and his efforts were in vain, as his team twice failed to qualify for the top level of the European game. Showing mastery across both of the vastly different metas of late 2013 and early 2014, Zorozero had refined his skillset to the extent he very could, with the appropriate resume of results, have one day been considered the best Western Top laner of all-time. Instead, Zorozero is but a name and a memory for League fans.

“If I was forced to step down and had to find a replacement for myself I would want Zorozero to replace me. […] he’s the toughest player I’ve ever faced and I’m saying that while having competed at OGN and Worlds.”
–Wickd in an AMA, May 29th 2014 (reddit)

Master of the metas

Zorozero’s rise to the top end of the Western scene came as his Lemondogs team finished first place in the regular portion of the EU LCS Summer Split of 2013. At the time, Zorozero was a carry Top, showing devastating proficiency on assassins and AP Top lane champions. The Dane could played like a European Flame, running up large CS differentials and solo killing his opponents in lane.

The region’s Junglers seemed to be rendered impotent when facing Zorozero, as he could play 1v2 and display an intuitive timing on when to back off or how to fight outnumbered that left him seemingly ungankable. Former team-mate mithy once related to me that his perspective on the game from playing with Zorozero was that if he saw a kill message that said his Top laner had been killed, then he knew something unusual had happened, the Danish Top simply did not give up easy deaths or fail in standard fights.

While that meta is so fondly remembered by all of the names one conjures up when thinking of the greatest Top laners of all time, Zorozero was unique in his ability to transition flawlessly to the tank Top meta which followed in Season 4. From a carry Top, Zorozero became the king of tanks in Europe, soon establishing himself as the best Top laner in the region in the new meta.

Suddenly, Zorozero could carry the game from a supportive role too, zoning off the enemy carries, routinely winning lane with CS scores which should not have been possible in key match-ups, roaming to help his Mid laner and teleporting in to secure objectives and turn fights. In a meta in which the best players at his position were all complaining of a lack of potential for game impact, Zorozero outlined a philosophy that there were still edges to be found everywhere, but that they were tiny ones which could be eventually added up to something more significant.

Where many said the top lane was pointless in as much as the champions could seemingly not kill each other, Zorozero abused this to excel at trades and ensure that his opponent would feel safe from being killed, despite the damage taken, but find himself with less time later in a team-fight or if forced to group up with his team for an objective battle soon. Zoro’s penchant for roaming down to help his Mid laner, nukeduck, ensured his teams had more map pressure and Jungler Dexter was freed to help others.

For all his strengths as a laner, even in the Tank top era, Zorozero was fearsome when it came to 5v5 team-fights. Much scorn was heaped upon Dr. Mundo players, since they seemed to play such an obvious role as the unkillable tank soaking up damage in fights, but Zorozero brought an art to his Mundo play. Slowing the opponent, taking damage but with an intuitive understanding of how to do so to allow his carries to decimate the opponents and knowing when to get out, Zorozero had all areas of the tank nailed down.

It’s clear that the tank Top meta was a dark time for individually skilled Top lanes, who otherwise would have had carry potential. Where superlative play from the Top lane would have meant a snowballed lane and another huge threat in team-fights, Zorozero found himself now put in a position where he could play excellently and find himself losing the game due to needing his other team-mates to carry and be assertive. This was particularly noteworthy during NiP’s ill-fated Promotion series against KMT (now known as ROCCAT), where Zorozero played almost without any flaws, yet found his team eliminated after three straight losses.

A personal pursuit of perfection

Zorozero’s personality was reserved and yet innately self-confident. He could never cite himself as the best or better than a specific opponent, yet he also would name no one as better than himself or ahead of him. Privately, Zorozero did have a cocky streak, in line with team-mates such as a nukeduck and mithy, but the Dane kept this within the bounds of private interactions, hence the sheer lack of other players at his position either with beef against him or holding back from openly admitting he was the best.

A rare quality to Zorozero was his love of grinding solo queue to develop and expand his champion pool. Fellow Danish former pro Deficio, now a colour commentator for Riot, recalled that you could always tell what Zerozero would be playing in the coming week of LCS, since he would have spammed game after game on in solo queue in the lead-up. When it came time to bring the champion out in competitive play, Zoro would have ensured he was entirely comfortable on it and had a strong sense of the different match-ups in the meta it would face.

When I put it to Zorozero that Western players would not be able to cope in the intensive practice environment of Korea, forced to play up to 12 hours a day and drill specific approaches, as opposed to merely play, the Dane confidently stated that while some of his team-mates would not be able to endure such a life-style, he would embrace it. There was no bravado in his expression or boast in his tone, the Danish player legitimately would have done whatever was necessary to pursue to a higher lane of proficiency in his play.

That word, “pursue”, is the crucial one in outlining Zoro’s mentality, as he saw development as a marathon pursuit of excellence. It did not matter if one did not have a champion mastered now, mastery would be a result of applied dedication to improving upon it and coming to a stronger understanding of its strengths and limitations. In this respect, Zoro stood out from many of the highly talented Westerners who either stick rigidly to specific champions, regardless of meta strength, or lean heavily on their natural strengths, rather than fully developing all aspects of their play.

Opportunities been and gone

With Lemondogs, Zorozero was both able to reach the top of LCS level play and attend Worlds. Due to the organisation swap over to NiP with the rest of his core, he found himself shockingly ousted from LCS by KMT’s incredible upset. The NiP team’s time in the Challenger scene following a repeating script: incredibly strong against opponents online, dominating in practice games and always lacking the right jungle candidate.

When NiP failed to qualify for LCS a second time, falling to Millenium in a 3:2 series at the end of the Spring split, Zorozero seemed destined to take his talents across the Atlantic to the NA LCS. Counter Logic Gaming were seeking a new Top laner and with Millenium and NiP battling for a lone LCS spot, either Zorozero or Kev1n, long both considered elite players at their position regionally, would available for the North American team to make an offer to.

More than just a rumour spread through the community, it was a move which seemed obvious as the right move for all parties concerned. CLG had lacked a carry Top laner since the days of Season 1 and Zorozero could move on to LCS level play again and playing for a team that could give him the opportunity of qualifying for the Season 4 World Championship. Facing another split in the Challenger scene, in a team which still had no solid Jungler, it seemed like a deal which would quickly be resolved.

That the Dane turned down the offer to join is still shocking to this day. He revealed that he would prefer to return to school, since he had not finished the Danish equivalent of high school, and would give up competitive League, at least for the time being. The effect on the team is comparable to the vetoed Chris Paul trade from the Hornets to the Lakers in late 2011, as both destination teams have never been able to find an adequate replacement and both have struggled, leaving them to wonder what could have done.

That is a sentiment all Western League of Legends fans can share: wondering what might have been in Zorozero’s career. What would his impact have been if the tank Top meta had not arrived? How would he have fared in the Spring or Summer LCS splits with a scary looking NiP line-up? What could he have accomplished playing for CLG and reunited with his former Jungler, Dexter?

Accomplishments aside, Zorozero showed a dedication to his craft and mastery of play that has rarely been seen in the Western scene. Unfortunately, his peak coinciding with time in the Challenger scene means even our memories of his play seem faint and of less and less significance. All we can do is sit back and wonder what might have been and if he will ever grace the competitive scene again one day.