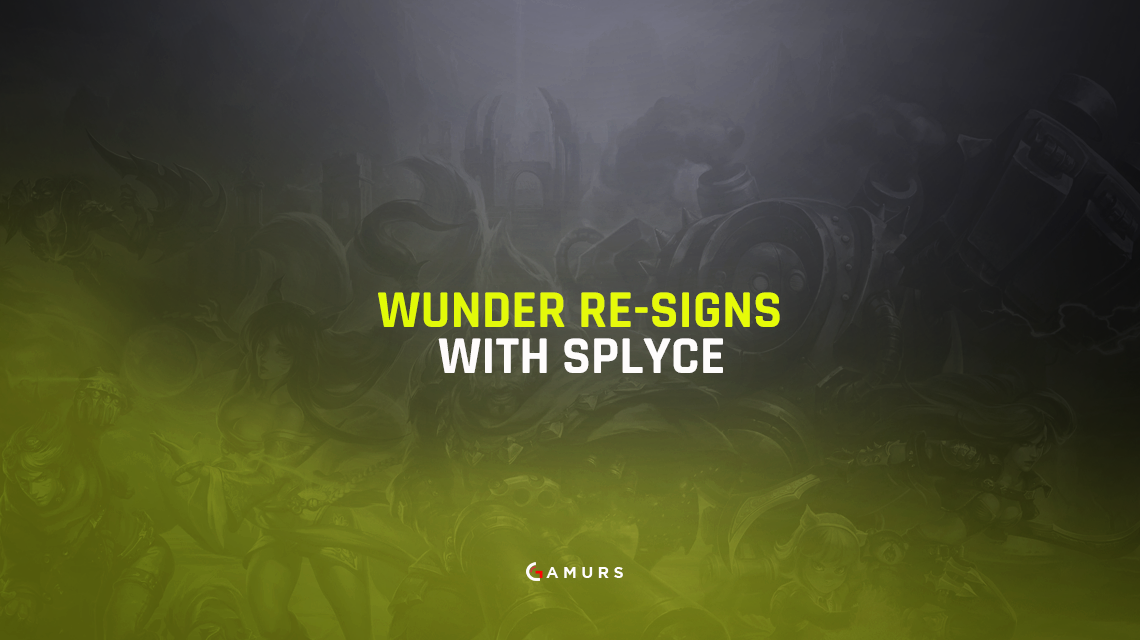 Martin “Wunder” Hansen has officially re-signed with Splyce, confirming that all five members of the organization’s 2016 Summer Split roster will play for the team in 2017.

Happy to announce I’ll be re-signing with @Splyce for the upcoming EULCS season. Looking forward to another year with the boys! pic.twitter.com/d014LjIfHQ

Despite all five starters and the team’s head coach announcing their free agency just a week and a half ago, the team has ultimately decided to stay together. The last piece of the puzzle was Wunder, as every other member of the squad had already quickly re-signed.

In 2016, Splyce was likely the most underrated team of the year. Splyce began last season as a team full of rookies. The squad had only just qualified for the 2016 Spring Split of the European League Championship Series, and was full of young faces. The team was almost relegated, but came back in the Summer Split with a vengeance, showing that teamwork is more important than individual talent in the current state of League of Legends. Splyce finished with the No. 2 spot in the Summer Split, then won the EU Regional Finals to qualify for Worlds in its first year as an organization. Placed in the metaphorical “Group of Death” alongside Korea’s Samsung Galaxy, China’s Royal Never Give Up, and North America’s Team SoloMid, Splyce failed to advance past the group stage. Still, the young talent is impressive and looks to continue taking the EU LCS by storm.

Can this team replicate its 2016 success? Will they improve and take over the EU LCS? Let us know your thoughts in the comments below or tweet us @GAMURScom.