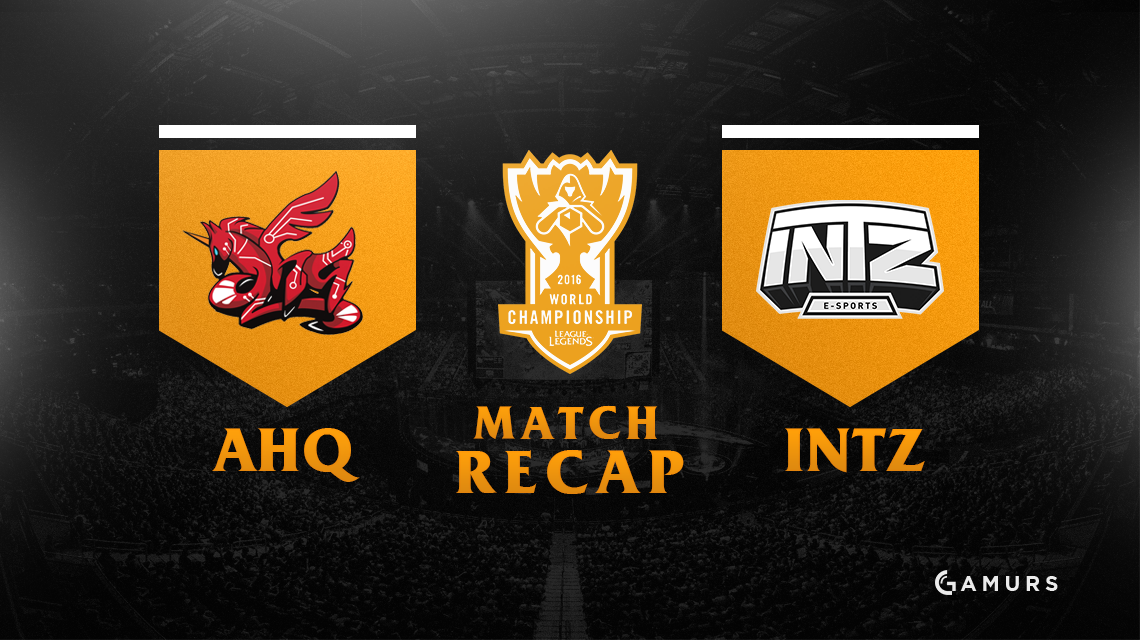 Here’s a recap of the match from day four of Worlds 2016 between ahq esports club of the LMS and INTZ e-Sports of the CB LOL:

Both INTZ and ahq were looking to round off the week with a 2-1 lead to take the joint top spot of the group with both teams having a lot to prove.

The game would have an aggressive-but-level start, but ahq would take a strong lead. ahq capitalized on a failed two-for-one attempt by INTZ in the top lane, as well as tfurther their lead by punishing top further.

INTZ was able to take the first tower by sending four members the bot lane as well as capitalizing on ahq’s jungle immediately after, getting a kill while Nidalee was trying to equal the tower kills.

ahq was able to secure the first dragon – an infernal drake – after INTZ secured a kill on the top lane on Lee Sin. But, INTZ got greedy going top trying to kill the Nidalee,  but instead gave ahq two kills.

ahq slowly increased their lead after this by securing multiple towers. ahq dominated the game and increased their gold lead steadily by playing on multiple mistakes and macro mistakes from INTZ. ahq was able to dominate objectives and give INTZ no breathing room to make a comeback.

Scrappy teamfights then became the norm with ahq still keeping a large lead over their opponents, using their siege comp to their advantage.