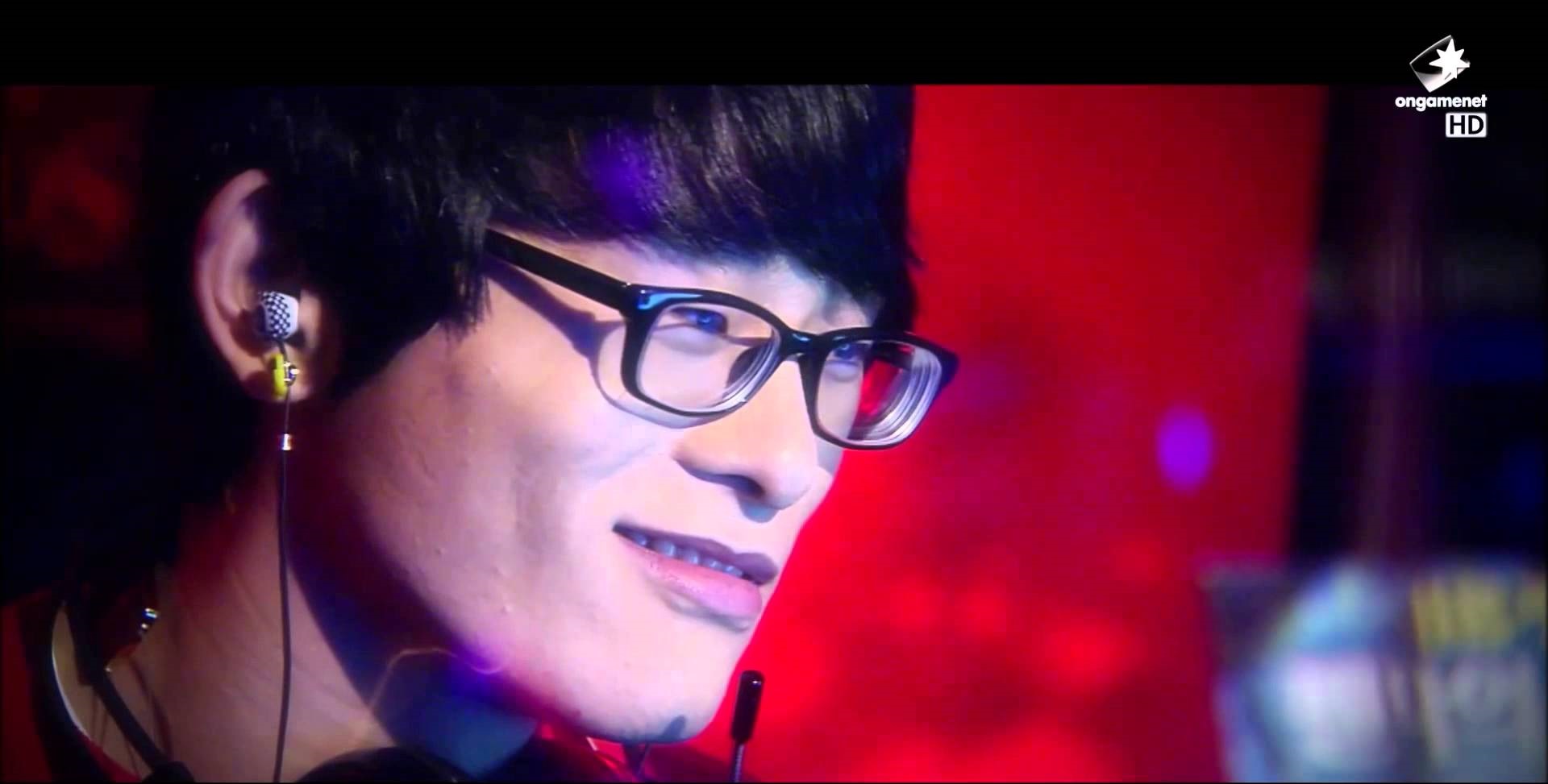 One of the most interesting aspects of competitive LoL is the risk and reward of resource allocation. Teams usually try to focus their resources onto one or two players who serve as the team’s carries – the players who receive the most resources but are also expected to output the most damage. Great players reward their team’s faith, while overrated players squander their team’s resources and fail to carry. As the only role that still has “Carry” in its title, it seems natural for ADCs the deal the majority of the team’s damage. As one of the two primary damage dealing roles (mid) a high damage AD Carry is almost paramount to a team’s success.

To determine the most successful AD carries of the North American LCS, we will take a look at the following statistics.

The first two statistics allow us to compare the performance of carry players in a head-to-head sense. By looking at gold consumption and damage output, we can gain insight into which players are best using their team’s resources. On the other hand, the second pair of statistics allow us to remove some of the inherent winning-bias in teams and compare players to their own teams. The final two statistics, KDA and [email protected], provide valuable context. An AD Carry with a high KDA ratio most likely survives many teamfights, giving his team a valuable opportunity to take objectives after teamfights. On the other hand, [email protected] can measure either the AD Carry player’s lane prowess or his team’s ability to run a lane swap.

Of course, many of these statistics will come with their own biases. For example, a star AD Carry on a poor team who is frequently being dove may have a worse KDA than a mediocre player who actually has worse positioning. This article will combine statistical analysis with “eye-test” observations to try and account for these discrepancies.

Because maplestreet only played 2 games, the small sample size means that we shouldn’t read too deeply into his statistics.

The player whose performance immediately jumps out is Gravity’s new acquisition, Altec. The North American prodigy had a solid performance last season, but a statistical look would have shown a player comparable to his predecessor on Gravity – both players dealt a similar amount of damage per minute and had similar damage shares. However, Altec has been a revelation this season on this year’s reorganized Gravity squad. Due to his team’s poor management of the lane swap, Altec often finds himself down in CS heading into the 10 minute mark, but much like teammate Hauntzer, he recovers in the mid game. Altec finishes first in damage per minute, damage share, gold share, and second in gold per minute. In a region which has long since begun settling for marksman, Altec stands tall as the next generation AD Carry.

While Altec represents the coming of the new, veterans Piglet and Doublelift have proudly represented the old guard. Doublelift, a player infamous for valuing both champions and opponents for their strength in the lane phase, exits the lane a whopping 7.9 CS up on his opponents. Rival Piglet does nearly as well, exiting with a 6.9 CS mark. These two players, along with Dignitas ADC CoreJJ and T8 substitute maplestreet, are the only players who hit the 10 minute mark with a CS advantage on average.

Both of these players are able to snowball these advantages in teamfights. Doublelift finishes with the third most damage dealt, and Piglet finished with the second most damage dealt. These players have similarly high Gold per minute counts, although Doublelift finishes first. In fact, Doublelift boasts the highest Gold per minute count in the world. While his detractors may rush to point out that Doublelift’s high gold count simply means that he is once again taking resources from his teammates, a look at the GPM counts of his teammates shows that all 5 of CLG’s members are in the top 3 of the region, with aphromoo, Doublelift, and Xmithie all leading their position. In addition, Doublelift is not only leading all AD Carries with kills (51) but also in assists. (75) A second look at CLG’s numbers reveal imply an early-game juggernaut with their brash captain as the leader.

The final player who rounds out the top tier of North American AD damage dealers is C9 AD Carry Sneaky. With his team in the throes of its worse season ever, the C9 star has tried his best to put the team on his back. With the highest Kill Participation in the world and a top-tier damage statistics in spite of a gold per minute count that sees him near the bottom of the table, its undeniable that the veteran remains one of the best players in the region. It’s quite possible that Sneaky is still the best AD player in NA, he just needs a team which can support him.

Below this top tier of AD Carry players, we find a group of lesser AD players who either do not generally serve as the primary damage dealers of their team or find themselves on bottom teams where damage dealing opportunities are scarce. CoreJJ, Lattman, Apollo, Nien, Otter, and WildTurtle all find themselves in this category. Lattman’s stint substituting for TDK has been relatively impressive. Although TDK top laner Seraph has dealt a comparatively high amount of damage, Lattman has dealt more damage than Seraph even though the team’s resources have been spent snowballing the Korean import. Seraph fans who want to paint the team’s substitutes as holding him back should take note. Otter, who has been playing in the NA Challenger Scene since Season 3, saw a good amount of hype for his strong carry in Challenger, but these numbers show that he has had a very hard time transitioning this style into professional play, and his performance has been somewhat problematic for an Enemy searching for a stable carry outside of InnoX. CoreJJ and Apollo find themselves in similar positions. Both are supportive damage dealers who play on teams which have a heavy solo-lane focus.

One of the most hyped off-season acquisitions was Team8’s Nientonsoh. After a very strong split playing for Fusion in the Challenger scene, the popular ex-top laner had built a lot of hopeful expectations after joining a likeable Team8 squad which finished with one of the best second-half NA LCS records. Unfortunately, Nien hasn’t made much good on his promises to “dumpster Doublelift.” Although he takes an above average % of gold, he has dealt a disproportionately low amount of damage. This resource change from the supportive maplestreet has skewed Team8’s usual gold distribution, which may have played a part in top laner CaliTrlolz’s tailspin this season. Although Nien may yet adjust to the LCS, he currently looks like the player he spent a year accusing Doublelift of being: an AD Carry who takes up too many resources and holds his teammates back.

At the bottom of the damage dealt charts, ahead of only maplestreet, we find TSM’s former star AD WildTurtle. While WildTurtle made some fairly memorable mistakes during last year’s split, a look at last split’s statistics reveal that the much-maligned AD Carry may have been a hidden gem last season. Last season, WildTurtle finished first in damage dealt to champions and second in gold earned. This season,, both his KDA and damage dealt to champions have fallen into the basement. Fans may point out that WildTurtle has the lowest gold share of all ADs, but this may in fact be due to his own poor performance and the brilliance of his teammates – a look at raw gold counts shows that WildTurtle still earns an in-game salary that places him in the top ten of North America. Although he plays on one of the best teams in North America, WildTurtle deals less damage than players on bottom tier teams and is behind only Lattman and Otter in deaths. It seems like TSM’s look at Keith is more than justified.

North America has a clear top 4 of Altec, Sneaky, Doublelift, and Piglet. Doublelift and Piglet’s laning phases are especially notable, but Sneaky and Altec should receive praise for teamfighting so well in spite of inferior teammates. Nien and Otter both look like overhyped carry players when we compare the amount of gold they receive to the amount of damage they are dealing. However, Lattman’s relatively respectable statistics on a bottom team suggests that Seraph has more help than most people think. Finally, WildTurtle hasn’t just declined, he is statistically the worst AD player in North America.