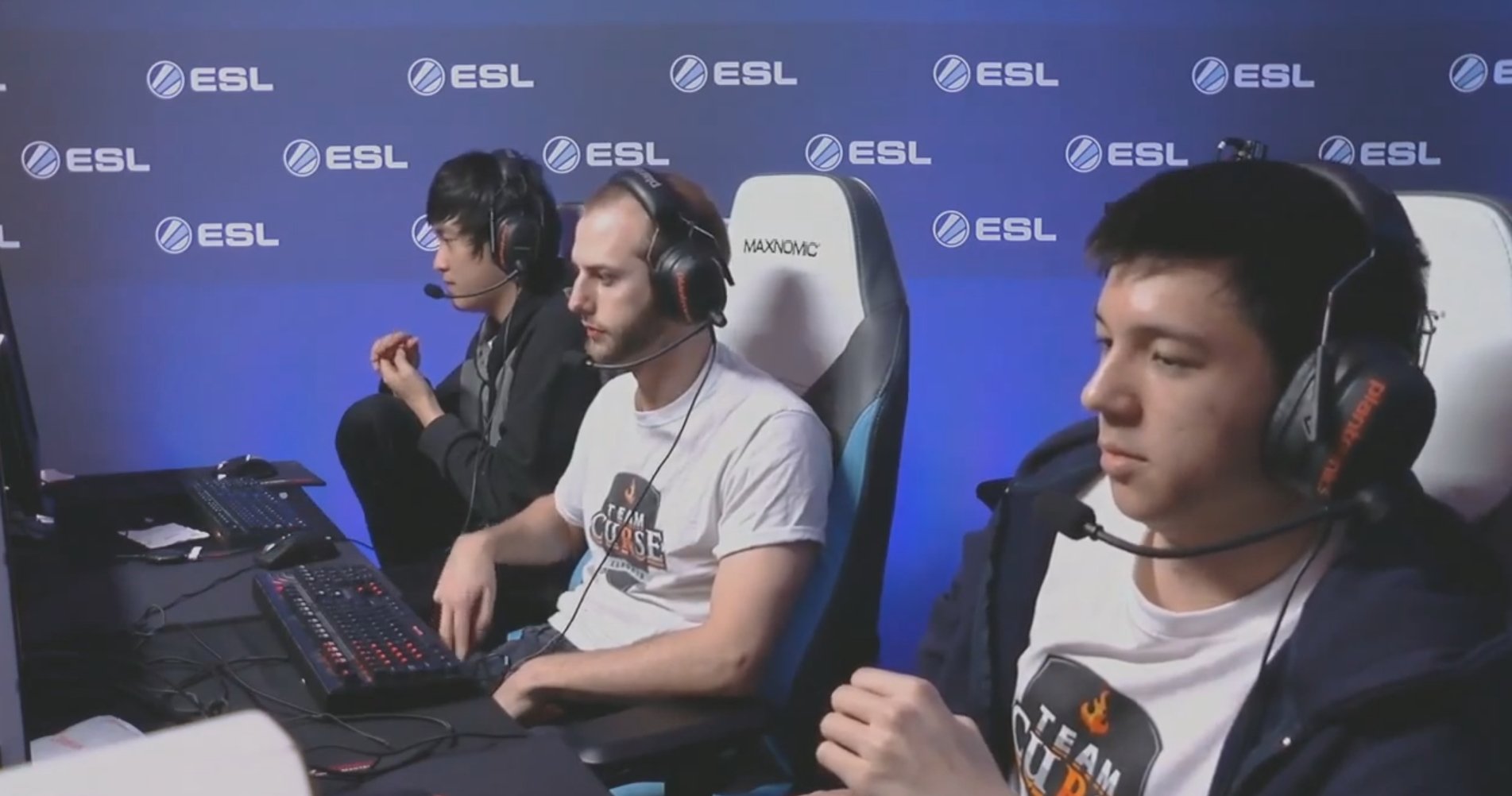 Crs Academy’s recent qualification into the LCS won’t just mean a big paycheck for Curse Gaming owner Liquid112, it will hopefully revolutionize the way LCS teams look at sister teams. Copying Curse Academy is the next step for North American League of Legends, and will lead to all-around benefits for organizations, fans, and players. Don’t fans want to see former stars like TheOddOne or Imaqtpie back in action? (Check the end of the article for my dream Challenger teams involving these players)

The teams would usually treat these squads as a separate branch of the organization with little to no management interaction. Picking up these Challenger teams seemed little more than just an investment. Teams hoped that by recruiting these talented squads before they made it into the LCS, they could sell off the team for a large profit. One classic example of this is Cloud9 Tempest, the Challenger team that featured stars like Bischu, Altec, and Gleeb. Rather than building up the team, C9 just picked up an already-notable Challenger team, The Walking Zed. But even though the team contained Challenger stars, the roster was not nearly good enough to scrimmage the world-class Cloud9 main team. Likewise, C9’s success meant that it was extremely unlikely that they would bench any of their starters for Challenger players, no matter how good they were. When C9T (and their European branch C9E) failed to make the LCS, Cloud9 promptly dropped both teams. Without the chance to sell the organization, the Cloud9 Challenger teams were just costly investments with little return. Cloud9’s ultimately decided that their money was better spent expanding into other e-sports such as CS:GO and Super Smash.

The LCS “one team only” rule and the region’s endemic problem with developing individual talents make it extremely unlikely that any team’s Challenger roster will ever be worth scrimming against. Teams hoping for a Samsung-like situation will be sorely disappointed. Likewise, sponsoring pre-created teams generally leads to a lack of organizational control. Usually, a Challenger team moving under an LCS organization just keeps their old management and little changes other than the team name. This makes it hard to create a true “farm system” between the main team and the reserve squads.

On the other hand, Curse Academy’s business model has always been different. When Liquid originally put the team together, it combined talented players who were not allowed to play in the LCS with other strong talents. From the start, it was clear that the Curse organization wanted to train IWillDominate to inherit Saintvicious’ throne. Likewise, the presence of underage talents like Pobelter and Altec with Curse’s newly found solo queue gem Rhux made it very apparent that these young stars were meant to one day succeed to spots on the main Curse roster. Unfortunately, Liquid’s hastiness to qualify for the LCS meant that he would infamously replace Pobelter and Altec with Only Jaximus and fabbbyyy.

After some time on the brink of contention (last season’s DontMashMe-led squad fell just a single game short of the promotion tournament) Curse Academy would return with a new squad . Once again, it was clear that CA was built with a very organization-oriented philosophy. Franchise star Saintvicious would train the next generation of Curse talent: Liquid wanted to make sure that his newly found gems – BunnyFuFuu and Keane – would stay in the Curse org.

With a better understanding of Crs Academy’s history and its differences vs. traditional Challenger squads, let’s go on to examine the benefits that a CA-like model can bring to the scene.

It’s one of the most common discussions that North American solo queue is in a poor state. Out of the four major regions, North America is easily the weakest. This can be witnessed in multiple forms: many of North Americas top slots are held by current professional players & there has not been a player who successfully made the jump from solo queue to top-tier pro since C9 superstar Meteos. On the other hand, Europe and Korea have a seemingly unlimited supply of up-and-coming stars. However, it’s illogical to assume that North America simply cannot produce talented players – a quick look at this year’s amateur tournament would show stars like LOD or BunnyFuFuu making big plays to carry their teams.

Instead, the awkward state of NA solo queue means that players need access to other resources to develop their talents. Specifically, North American players need to play scrimmages to develop their skills instead. This is where picking up already-successful teams fails to help the issue. In the short term, picking up a star Challenger team is a great investment, but it can lead to long-term damage in the scene when no new stars rise to replace the old ones. Most of North America’s more notable young talents (BunnyFuFuu, Sheep, Hauntzer, Altec) developed their skills by playing against other LCS teams rather than solo queue opponents. Giving rookies with a lot of potential access to top-tier resources is a great way to help them grow, and it is especially important in North America.

Of course, developing rookies is only helpful to an organization if they get first pick of these same talents for their main teams. This is where Liquid’s farsightedness has largely helped Curse. IWD was probably the 2nd or 3rd best jungler in North America last season, and keeping him on the payroll as an amateur was a big part of what made that happen. (We can only imagine if Liquid also kept Pobelter and Altec, a lineup of Quas, IWD, Pobelter, Altec, and Xpecial would have been a shoo-in for the World Championships.) With Riot’s newly instituted 2/5ths rule, training amateurs will become more important than ever as current veterans begin considering retirement.

Likewise, a strong farm system can solve one of the most difficult problems with roster construction right now. Teams are tempted to import solo queue stars or talented rookies from other regions, but there is no full guarantee that they will work well. CLG imported Seraph hoping for a supportive top laner, but he was unwilling to play that style. Likewise, Crs Academy’s Keane was badly exposed as a one-dimensional Orianna player during the original Challenger series play-offs. However, because he had time to grow on the amateur team, he was able to both diversify his  game and better fit into the overall role of what Curse Academy needed. If he had immediately replaced Voyboy, it would have been a disaster. By the end of his stay in the Challenger scene, fans were clamoring for him!

Playing for the chance to make the main squad will motivate the B-teamers will also keeping the A-teamers on their toes. At the same time, giving starters a comfortable B-team fallback is probably one of the biggest boons an organization can give a player! As an example, look at Cop. If Cop was playing on another team like C9 or TSM that was looking to make a move, he would have been cut with nowhere to go. However, by moving him onto Curse Academy, he was given another great chance to re-qualify for the LCS.

A retirement home for fan favorites 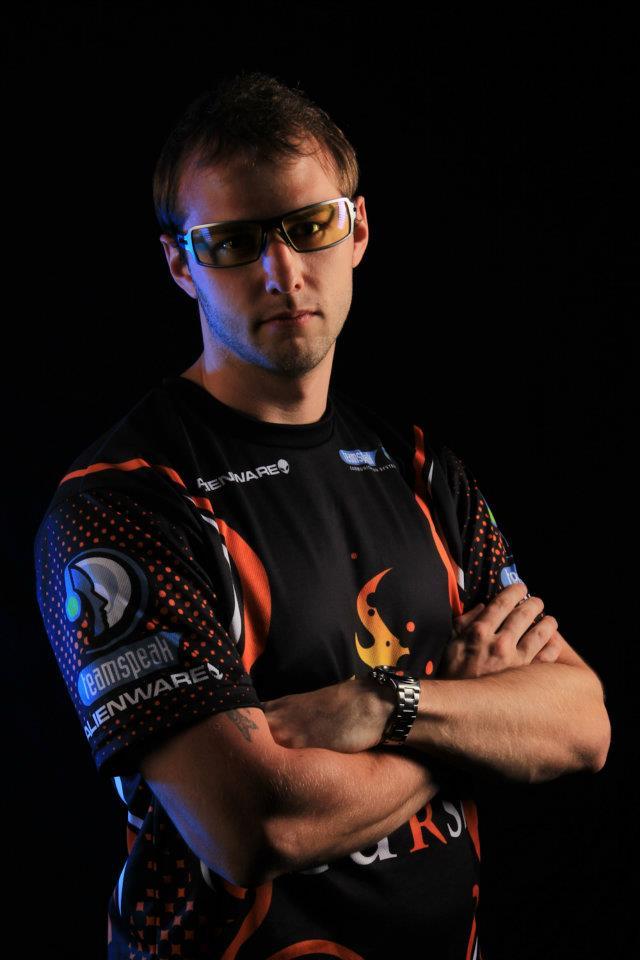 What pushed Crs Academy over the top in Season 4 was the addition of longtime veteran Saintvicious. The longtime face of Crs’s franchise gave the team much-needed veteran presence and shotcalling – amateur teams composed of all young players are infamous for tilting in crucial moments. (I would consider the CLG reverse-sweep to be the result of CLG exploiting Keane’s then one-dimensional playstyle rather than the result of tilting. When Keane diversified his game with assassin picks, CA was easily able to bounce back after a very poor game vs. Fusion.) However, Saint wasn’t just invaluable on the Rift, he also gave the team some much-needed community interest. Many fans are more interested in following individual players than the e-sports scene as a whole, and putting a famous face on your amateur team can help rising stars like Hauntzer build their own fanbases.

These same fan favorites will pretty much guarantee that the teams will be profitable and have high viewership counts, creating a win-win for both players and fans. If these players want, they get another shot at the LCS. If not, they can stay with the organization and continue growing both their own brand and the next generation of talent (a choice that Saintvicious is seemingly mulling over as we speak.)

The team would feature three talented North American players (Rhux, Azingy, and Yusui) while also keeping Imaqtpie on for fan interest. (And if his Season 4 performance was any indication, he has more than enough skill to get back into the LCS.) I’ve always felt that Azingy’s Challenger performances were hampered by his weak teammates – he never found the right group who could exploit the many bans he would draw during the in-game phase. If any of these players are unavailable, there are many other intriguing options avaiable – Flaresz, Lourlo, or Rhux for top, Thinkcard or ShorterACE for jungle, etc.

Likewise, the team would be able to import and stash the talented Korean roaming support Piccaboo, which would give the Dignitas main team a strong fall-back in case KiWiKid was unable to perform.

Still trying to stick to amateurs who are free agents and avoid making too big of a jump. Seraph was a big part of CLG’s end of season collapse, but with a supportive jungler and a team willing to let him carry he may be able to succeed. In any case, it would be a good PR move for TSM to pick up the fan favorite. TheOddOne is a player who wasn’t strong enough for TSM’s main roster, but definitely still has the craftiness and skills to return to the LCS.

A great move for teams is to stock up their amateur team with strong talents in areas where the main squad is weak or uses imports. It’s unlikely that Bjergsen is ever leaving TSM, but keeping a solid support on the B-team is crucial in case Lustboy ever decides to retire or if the team has an opportunity to pick up a strong import in another role. (Gleeb could have originally been sent down to the B-team – he has a lot of potential and is the kind of player teams should keep in their organization.) With otter as well as former ADC mains LOD and KEITH, the team also has a few players who could step in for try-outs if WildTurtle keeps underperforming.

Obviously, these teams are just examples, but it’s clear that teams can greatly benefit from keeping an amateur team. Here’s hoping that CA’s success can re-invigorate the NA LCS and get them thinking long-term.