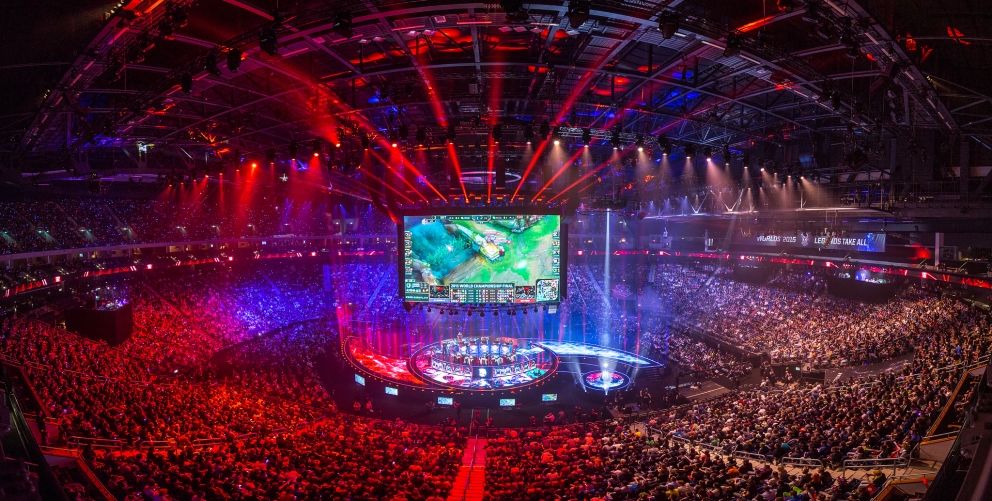 There are many reasons as to why Korea and Europe are currently standing much higher above the other regions when it comes to performance in League of Legends, some big; others small. However, rather than looking at why the Korean and EU regions are better, I will be looking at why China and North America are currently not playing up to the standards that we might expect from them.

Let’s first take a look at China. While we have definitely seen a massive rise in the Chinese scene over the past year based on their performance at worlds (with the exception of EDG), we can still see that they are still not performing up to our expectations. Why?

It’s simple. China is one of, if not the region, with the largest talent pool out of any of the other regions, however it’s the management of that talent that is causing their problems. Regions like Korea and EU are amazing at managing their talent pool effectively and therefore have multiple very talented teams that can perform at an international level. A great example of such a team is Europe’s Fnatic. They have managed to get Rekkles and Huni in the ad-carry and top-lane role respectively. However, if you have an ad-carry as strong as Rekkles you can’t expect him to be able to carry the team all by himself. He needs the right team to help him do that job, a strong support that he can trust, a jungler that ganks him to get him ahead and a mid-laner that he can rely on to not lose his lane.

Fnatic has managed to fulfill all of those conditions and therefore built a strong team. However, most of the Chinese teams fail to do this as the talent is spread way too thin around the region’s teams. World class players like Mata are on teams that just cannot provide enough support for them to play at the highest level.

Mata’s former bot lane partner Vasilii was not even a top 5 ad-carry in NA, so I don’t understand how the organisation could expect him to perform well in China, a clearly superior region when it comes to mechanics and individual skill. The fact that it is not very common for players in China to transfer between teams only helps to feed this problem. With a great player on pretty much every team but little support to back them up it’s hard to see how the region can to perform on the big stage.

There are many variables that in my mind have prevented North America from being the region that we had expected them to be this past World Championship. But, if I had to pick, I would say that there are two main reasons that really stuck out in Season 5.

First, and most importantly, I think it was really obvious that the region has struggled to adapt from patch to patch. While it looked like Europe has played a different comp each week, North America seemed to play what looked like the same style for most of both the Spring and Summer Splits. Every team found what worked best for them and stuck with it no matter what anyone else tried to play or how Riot shifted the game balance.

To me, this is horrifying because if they can’t adapt between patches then it is ridiculous to expect them to perform at an international level. Whether it’s Worlds or even IEM, most international events are based around best of 3 or 5 series where you need to adapt constantly. Not being able to adapt now means not being able to win.

The second massive problem that is clearly being addressed by teams like TSM now but was a huge disadvantage up until the end of this season, is coaching. Even though most of the other top regions have come to recognize that having former pro-players is not as effective as hiring people with actual coaching experience, NA has apparently not caught onto the news until now. With Locodoco stepping down from the position of a head coach I think TSM are heading in the right direction, CLG also deserves a mention as this is what they did to win the Summer Split but appear to be regressing with the change of Zikzlol (their former analyst) now taking the position.

While having someone with a great knowledge of the game on the supporting staff is a necessity, that is exactly what analysts are for. I think that a head coach does not necessarily have to have as much knowledge about the game as you might expect. He definitely has to understand the game but is there to be more of a leader and motivator than anything else. They’re there to help keep the team morale high and create strong bonds between the players; to ensure that they practice, and to help to lead discussions between the team on how they can improve. That’s exactly what most former players can’t do. They have no past experience of coaching and are not always a commanding figure for the team, which can result in many problems.

I think a team that has clearly shown us that a coach with coaching experience is important is Fnatic. Since we’ve seen Deilor join the team, Fnatic has done nothing but succeed. They have won both the Spring and Summer Split, gone on a 21-0 win streak and managed to get to the semifinals in the World Championships. All of those things were accomplished with a coach that has no past experience as a pro-player. I think having the right man for the job is always important in any sport and someone with past experience as a coach is always going to be important in any team based sport, especially in League of Legends where communication is key.

Do you expect North America and China to perform better this year, or are they going to continue falling behind the quickly improving EU and Korea? Feel free to leave your opinion in the comments below and remember to follow us here at eSports Guru for all your League of Legends and general esports needs!