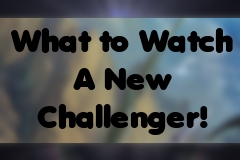 Going into the Summer Split we are going to see at least two new teams, Enemy Esports in NA replacing Coast and Origen in EU replacing Meet Your Makers.  Evaluating these teams will be a difficult task, with a mixture of old faces and new players looking to make a splash on the LCS stage.  Additionally there is the uncertainty of the Relegation Tournament, where the foursome of Winterfox, Dignitas, Roccat, and Giants find themselves waiting to face the new challengers of TDK/Fusion in NA, and Reason Gaming/CW Academy(formerly LowLandLions) in EU.

What then is the best way to get a quick handle on these new teams?  There were a few games throughout the Challenger playoffs that serve to highlight the strengths and weaknesses of the new teams.

Origen
Game to Watch: vs CWA, Game 2
Origen show their pedigree in this match.  Former TSM jungler Amazing putting on another show and Soaz with an insane defensive play at 19:30(11:50m game time).  Niels also looks very strong as Marksman, performing well on Kogmaw in a comp that didn’t really resemble a protect the Kog comp.  This is a scary team that will help to increase the level of competition in EU.  If they have a weakness it comes from their lack of understanding their own weaknesses.  In a post match interview they expressed bafflement as to why they lost to Gamers2. After watching that game I hope that they hire an analyst to explain what I felt was a cut and dry late game comp stalling the game, not as they said ‘playing not to lose.’

CW Academy
Game to Watch:  vs Gamers2, Game 2
The former LLL squad shows some excellent communication, taking a risky engage and turning it into a lead that their snowball reliant comp needed early on against G2 22min(9.45m) This is a bit of reckless play however, which likely wouldn’t have worked against an established LCS squad.  They have some strong players but taken as a whole the team appears to lack the caliber to compete at LCS level.

Reason Gaming
Game to Watch:  vs Origen, Game 1
Against a highly pedigreed team, RG manage to crawl back from a gold deficit and take a massive team fight at 53min(39m).  Kubon was massive on Hecarim and Takefun continually shows great Ahri play.  They are able to take advantage of teams that give them space, but have shown some weakness when facing aggressive play.

Enemy Esports
Game to Watch:  vs TDK, Game 4
Enemy has shown remarkable coordination and mental fortitude for a team so young.  If they can win in a game as taxing as this match against TDK I have high hopes for their long term prospects.  Considering the comps, this team fight at 55:30min(46:35m) really showed NME’s ability to recognize their strengths.  Trashy playing a late game Rek’sai and still remaining relevant against two super tanks is a great sign for their LCS prospects.

TDK
Game to Watch: vs Fusion, Game 2
Watch for Seraph’s Nidalee and TDK’s ability to both play the split push game and face a 5k gold deficit.  The Baron fight at 37min(26m) in particular highlights TDK at their best.  The question really is, can Seraph perform on a non carry Top laner?  His play on tanks while on CLG was decent at times but over all lackluster.  Seraph’s Shyvanna was brutal in the finals, but he was still playing the assassin not the tank for his team.

Fusion
Game to Watch:  vs TDK, Game 1
Lest you think Fusion is a team without hope, this game showed what they can do when they’re firing on all cylinders.  Brutally dismantling TDK, after taking Dragon Fusion shows decisive play and a good argument to ban Rumble against Chunkyfresh. 45.20min(29.30m) Fusion here look like a modern LCS team, showing Huhi has a strong Urgot, and NintendudeX has some great Sejuani ultimates.  After this however, Fusion falls apart, looking disorganized and unable to play at the same level they had just demonstrated.  This inconsistency is dangerous when a few losses are all that separate the bottom tier teams they are trying to unseat.

Enemy and Origen are now in, but will more follow?  In NA, with some strategic bans and play like they have shown capable of, Winterfox should have no problems requalifying regardless of their opponent.  Dignitas similarly should be safe unless they make some serious mistakes.  Dig may have played like a solo queue squad towards the end, but they played at a higher level than either TDK or Fusion have shown.  Individual plays from the NA challengers have been LCS caliber, but it will take another level to win a best of five against either established team.

In EU the picture is much the same.  Giants have a solid mid laner and a high level of coordination that only grew stronger over the season despite a losing record which brought them into the relegation tournament.  Can CWA or Reason compete with a team that stole a game from Froggen and Rekkles?  Roccat aren’t a much better prospect.  Their Marksman Woolite is the weak link on the team, but their tactical play is solid enough that exploiting this will be difficult.  Either way simply the addition of Origen and Enemy already will shake up the standings, any upsets in relegation further stirring the pot.