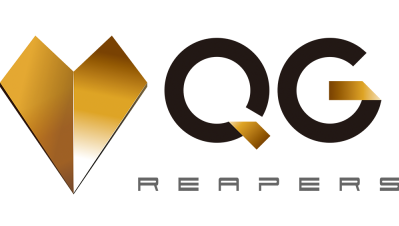 On the 18th of December, what will be the final international tournament of the year for League of Legends will start. Albeit a somewhat unpromising tournament in San Jose, which took place last month, this tournament aims to end this year on a high. Let’s look at what to expect from each of the six teams participating in the event.

For many LPL viewers, the QG Reapers are no stranger. Although not present at Worlds, which proved to be an overall extremely underwhelming performance from the Chinese teams, QG should not be underestimated. Over the course of 2015, as a new team coming up from the LSPL, they managed to come up with two 2nd place finishes in the LCS Summer Play-offs and in the Summer Regular Season. Although they did in fact lose to iG 3-0 in the Worlds Championship Qualifier, which excluded them from the World Finals, they only have more to prove in this tournament. Known for their team-fighting prowess, QG initially made a name for themselves within plays being made from their jungler Swift, who often snow-balled their bot-lane, comprised of support TcT (LMQ’s Mor) and  ADC TnT. Whilst the team also has competent solo laners in their top V and their mid Doinb, who both seemed to improve over the split, look to expect extreme aggression and pressure around the bot-lane, particularly due to the patch changes. Despite having not seen the team since their exclusion from Worlds, Qiao Gu are definite contenders to perform better than the expectations set before them in this tournament due to the Chinese team slump, and looking at the play-off bracket, they are surely going to beat Dignitas and possibly Fnatic in reaching the finals.

Just announcing their trial roster for the tournament, H2K are perhaps the most hyped team in the West heading into this tournament, shortly followed by Cloud 9. Similar to Qiao Gu, we can expect a lot of pressure at the bot-lane from this team, largely due to the presence of  FORG1VEN. Coming off an extremely disappointing split with Gambit, FORG1VEN is matched now with Vander, one of the key players along with Jankos at Roccat. Whilst Gambit’s style focused around a lot of top-side pressure, where Diamond tried to snowball their then top laner Cabochard, FORG1VEN and Edward were not allowed to capitalise on their lane prowess at the bot lane, largely due to the TP meta and the threat of enemy jungle pressure. Here, with Jankos lined up in the roster, we might potentially see a roster where FORG1VEN will once again be allowed to thrive, perhaps to a greater extent than when he dominated the EU Spring split with SK. With Odoamne and Ryu, both very self-sufficient players, even with less time to practice, I would expect great things from this roster provided they do not have issues working together. Unlike the proposed superstar ROCCAT roster of last split, this one seems to have every whole filled and I would not be surprised to see this team in the Finals of the tournament, although I severely doubt they would beat Ever which would mean a semi-final exit for them.

Dignitas, a house-hold name in the NA LCS  scene has once again come into the split with a new roster. However, once again, it seems like this roster is not set to make big strides. Losing Gamsu, their star top laner last season, the team seems to lack direction in the sense that they have no superstar carry. Playing for Dignitas over the last two seasons, Shiptur and Kiwikid have already showed their potential within the line-up, and both do not seem to be able to shine within the context of the international stage, or even at the top of the NA one. Whilst Dignitas should be commended for trying to pick up talent such as Kirei and SmittyJ, their jungler and top, it should take time before this roster can be moulded into a contender. I would expect Dignitas to bow out quickly in this tournament.

Ever is the last team we were able to see play competitively with their full roster after Worlds, and they looked fantastic. Beating SKT and CJ on their way to winning the 2015 Kespa Cup, right after SKT’s World Finals win, they showed a lot of promise as a new team. Although we can certainly argue that SKT and CJ were both not as vested in winning the tournament, the fashion in which Ever won against both teams shows that they are not to be underestimated. Key showed fantastic games with Bard, and it seems like he will be able to do the same in this tournament considering where the meta has headed. After having practiced with a lot of amateur teams before their surprisingly good run at the Kespa Cup, it’s almost certain they would have warranted practice from some of the other top LCK teams and they certainly look like a formidable line-up. Once again however, we have no idea how these six teams will perform in the new patch and Ever will most likely be the dark horse of the tournament, given that they are not a household korean team. I would expect them to make the finals, given how they won the Kespa Cup in spectacular fashion and the fact that other teams in this tournament are coming in with new line-ups.

Cloud 9 are coming into this tournament with two new pick-ups for the team. With Hai showing intention to retire, Cloud 9 has a new substitute support within Bunny FuFu. Although we have no idea who will be playing in this tournament, if Bunny is to play, I would expect a somewhat lesser performance from Cloud 9 despite the raw skill he adds to the line-up over Hai. Considering Hai’s impact, both in the past few seasons but also specifically in recent memory, in Cloud 9’s cinderella story run leading up to their unfortunate 3-4 exit at the World Finals, his influence on the team cannot be understated. Regardless of whomever is playing between the two, the focus on C9 will be on Rush, their new jungler. Considered by many as the superstar of TiP and the best performing player in the Spring Split of 2015, Rush has dominated Solo-Q and NA LCS teams alike. Although there are some questions with their top laner Balls, we can definitely expect a strong performance from Cloud 9, who have been practicing together for a while now. We can also definitely expect the usual consistent carry performance from Sneaky, and the new changes to the line-up will only help that happen. I would expect Cloud 9 to perform quite well in this tournament, although I doubt that they would make it to the semi-finals considering this is still the early stage of what seems to be a project for a team that needs to replace the integral shot-calling of Hai.

The household team of the EU LCS has unfortunately lost three star players in ReignOver, Huni and YellOwStaR. Although they have lined up all the missing spots with Spirit (the superstar jungler of the vastly underperforming WE in LPL last season), NoXiaK and Gamsu, the simple fact that this roster has probably had no time to practice will certainly mean this would not be their tournament. Looking at Fnatic’s history of creating great teams and the stand-out work Deilor has done with the previous Fnatic line-up, I would have to say the organisation needs a lot more time to work with this team before they become a contender. I would expect Fnatic to offer a sub-par performance in this tournament despite their advantageous play-off position.

And lastly, enjoy the show!