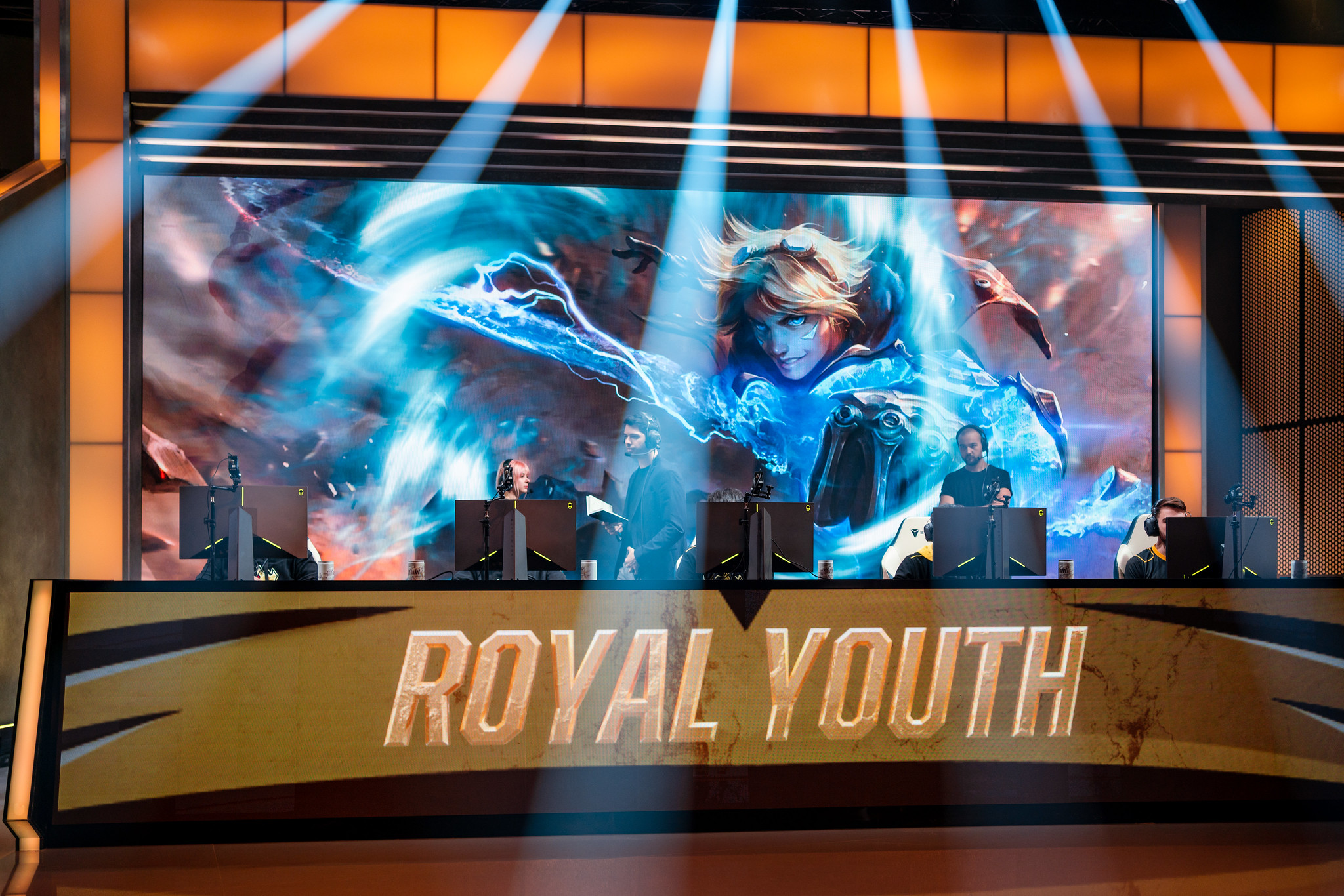 Teams that make it to the League of Legends World Championship generally fall into two categories. You have the inevitables: teams like Liquid and G2 who are expected to make it all along. On the other end of the spectrum, you have teams that fought and clawed their way into the tournament, shedding aside expectations of failure to fight for their spot.

Both Royal Youth of the TCL and Clutch Gaming of the LCS qualify for the latter category. Clutch made an unbelievable run through the North American regional gauntlet after getting reverse swept in the playoffs. Royal Youth were the top seed heading into the TCL playoffs, but they had to survive an extremely tough five-set match in the final against SuperMassive—a team with Worlds experience. The two teams even wear the same colors.

But only one can advance from the play-ins. Because of what both teams have gone through to get here and how battle-hardened they are, fans are hoping to get a fantastic match when they face off in the play-in knockouts on Oct. 7. The pressure will be immense, but judging by their recent histories, neither team should be fazed.

The team that many would expect to get out would be Clutch. North America is two for two in qualifying out of the play-in stage, though it should be noted that in both 2017 and 2018, it was Cloud9—a thoroughly Worlds-tested team. We don’t know for sure how Clutch will perform, but again, they’ve gone through multiple elimination games to get here, so we wouldn’t expect them to choke now.

That doesn’t mean they’ll go sailing through, however. They were expected to easily get out of the group stage of the play-ins as the first seed from Group A, but two unexpected losses to Unicorns of Love revealed a lot of issues that failed to appear in their last few LCS matches.

A major issue in the group stage was Clutch’s horrible drafts. The team caught fire down the stretch when new coach Thomas “Thinkcard” Slotkin had the team focus on comfort picks like Gangplank for top laner Heo “Huni” Seung-hoon and Qiyana for mid laner Tanner “Damonte” Damonte. Basically whenever they got their champions, Clutch looked unstoppable.

But something happened in Clutch’s Worlds prep that seemed to throw off their equilibrium. In the first game, they banned Qiyana themselves despite having first pick on blue side, opting into a questionable Renekton pick. Renekton was fine a month ago but he’s both fallen off as a champion and has much more difficult counter matchups now. Unicorns of Love calmly locked Tristana in and the match was basically lost.

In the second game, Clutch had a pretty good thing going until they grabbed Twisted Fate with the last pick on red side. Even after a strong jungle start, they predictably lost mid priority and got blown off the map by their opponent’s more coordinated plays.

Drafts have been problematic for many teams at Worlds as they start to figure things out. But at some point, teams, including Clutch, will figure it out. Royal Youth will need to do more than ban Gangplank to advance.

What Royal Youth can learn from UOL

Teams still need to execute out of the draft to win—this isn’t Teamfight Tactics. Unicorns did a good job of realizing what Clutch wanted to do and countering it.

One of the most standard Clutch rotations is the flip of the map at around 10 minutes. They shove in both side lanes and swap, with the goal of achieving top side priority for a four or five-man Rift Herald. As a team that likes to play fast, dropping the Herald that fast, even at the potential expense of a drake on the other side of the map, gives them several hundred free gold from turret plates.

It’s a predictable tactic that teams from the LCS refused to call them on. UOL had no problem matching Clutch in the top side river. In the second game, they had champions like Fiddlesticks and Qiyana that were better equipped for those early skirmishes.

But the first one was interesting from another perspective: Clutch actually came out of the initial fracas with an advantage. But then Huni died while unwisely chasing a kill, handing back control to UOL. But even that exchange is interesting—UOL didn’t actually have to beat Clutch in the fight to win the engagement. They just had to throw Clutch a curveball they weren’t ready for.

All year, Clutch have made a habit out of losing winnable games. They’re the type of team that always decides their matches: either by making the play to win it, or making a mistake to lose it. Part of their evolution this summer has been to play more within themselves and stay on script. UOL proved that if you can throw them off that script, upsets are available.

The good news for Royal is that they can contest the same set plays as Unicorns did. Top laner İrfan “Armut” Tükek should be able to hold his own as long as they ban that Gangplank away from Huni.

But the rest of the map is a problem. Mid laner Yu “Cyeol” Chung-yeol hasn’t had the best tournament so far, which could give Clutch jungler Nam “Lira” Tae-yoo a lot of freedom. Royal Youth didn’t actually pick up their first win of the tournament until the second-to-last scheduled match of the group stage. This is a team that’s been living by the skin of its teeth.

The script should say that Clutch comes out of this as the winner. It may not be clean, but they have the better talent. It’s up to Royal Youth to flip that script to keep their season alive.